Last Thursday, I predicted that Christopher Booker would use the pulpit given him by the Telegraph to blame the flooding in the Somerset Levels on the EU. And, as billed, the old fraud has told “Flooding: Somerset Levels disaster is being driven by EU policy ... EU directives actually require certain plains to become flooded”. So how did I know what he would be writing about? 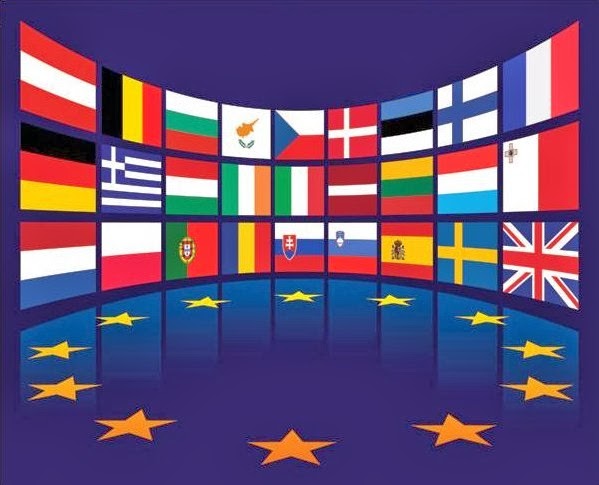 Ah well. Those who believed that Booker sits there with a blank sheet of paper need to understand that he is as susceptible as the rest of the Tel’s hacks when the temptation of churning over something that says what he wants to hear comes into view. Here we encounter the world of conspiracy theory and paranoia, as turned into a functioning blog by one Richard North.

North runs eureferendum.com, which attempts to paint the EU as some kind of Great Satan. This is accomplished, partly, by North examining directives and proposals from the European Commission (EC), and interpreting them in a way that makes the EU the villain of the piece. His post asserting “EU policy: deliberately flooding the Somerset Levels” was published last Monday. 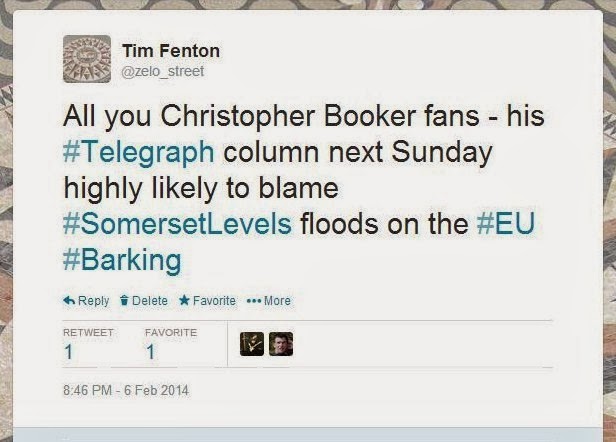 This is where Booker got his headline article for the Telegraph. “Allowing the flooding of the Levels was a matter of EU policy, introduced by a 2007 Directive and consciously adopted by the Environment Agency in 2008, which then sought to increase the frequency of flooding in the area” he claims. This is weapons grade bullshit. North’s conclusion is his, and his alone.

It’s another case of taking a wording – and in EU directives, wordings always have significant amounts of wriggle room – and North asserting that those wordings mean what he wants them to mean. When a directive says “consider where possible the maintenance and/or restoration of floodplains” – which North says equals deliberate and more frequent flooding – it is in fact a mere advisory.

This may be why David Rose, not always backwards at coming forwards with controversial material on climate change, mentions the EU angle in today’s Mail On Sunday, but stops short of jumping on North’s conspiracy bandwagon. Rose clearly understands what it means to keep some measure of credibility intact; Booker merely churns over North’s guff for profit.

What North and Booker cannot get their heads round is that we have just had a very wet December – in the south-west, at least – followed by a horrendously wet January. There can be as much dredging, and any other miracle solution to which they lay claim, and it still would not have stopped the flooding. Moreover, to keep on blaming the EU for the rain is utterly barking.

That is why so few people take any notice of North. He is just not credible.
Posted by Tim Fenton at 14:22

I see your opinion is popular by the amount of comments you have!