Yesterday, the perpetually thirsty Paul Staines and his rabble at the Guido Fawkes blog were on Harriet Harman’s case, passing severely adverse comment in a post titled “Harman: ‘No One Should Be Complacent’ About Historic Abuse”. Clearly, for The Great Guido, even if something happened decades ago, you can still be guilty by association. This puts Staines in a very difficult position. 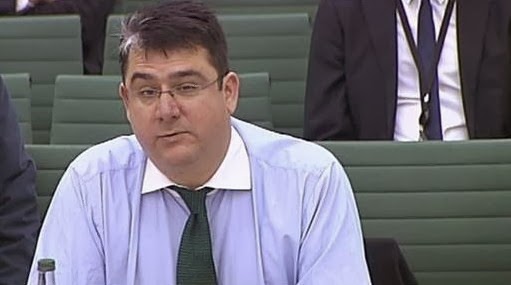 Paedos? I had no idea, I was too busy getting pissed, shit no, parties organised so I could get pissed, bollocks no, good times to lots of people. And getting pissed. Oh sod it

Staines is a career libertarian. To this end, he has enjoyed a long association with a body called the Libertarian Alliance (LA): the twentieth anniversary of this was celebrated in April 2009 with a post on the LA’s blog titled “GUIDO FAWKES: THE LIBERTARIAN ALLIANCE SALUTES A BRAVE COMRADE”. And Staines has reciprocated the gesture, writing a pamphlet for the group.

This was “Acid House Parties: Against the Lifestyle Police and the Safety Nazis”, which, by pure coincidence, came at the same time as Staines was involved in promoting those parties. Other illuminati of the LA feature in the Fawkes’ blog’s “Guido Reads” list, not least one Brian Micklethwait, who was editor of the LA’s “Political Notes” in the early 1980s.

Micklethwait broached one particularly sensitive subject in Issue 10 of Political Notes, with “Sex, Coercion and the Age of Consent” by Max O’Connor. This included such eyebrow-raising questions as “Does it really matter if the child has any understanding of sex? If there is nothing objectionable about an adult giving a child sweets or toys, why is giving sexual pleasure wrong?”

It gets worse: “And why is it abuse? Below the age of twelve or so, a child may not be particularly interested in seeking sexual relations but that doesn’t mean that he or she will not voluntarily accept and enjoy them ... non-coercive sex with juveniles is not immoral – it is merely a matter of preference, as is bisexuality or homosexuality, oral sex etc”. Colour me prudish, but we’ll hold the “etc”, thanks.

And O’Connor finished with this most unfortunate observation: “Members of the public horrified at the existence of the Paedophile Information Exchange, and politicians and media men wishing to present themselves as champions of morality and decency, should think again”. Micklethwait then asked “If libertarian principles are good, do they not also apply to children?”

This was published under the aegis of a group with which Paul Staines has enjoyed a relationship lasting well over twenty years. So will The Great Guido say sorry for his association with such vile views, however tangential? It’s hardly any different to what his idol Paul Dacre is demanding of Harriet Harman. Perhaps this will become, in the retelling, a rotten lefty smear?

Or will this be one of those rare “no comment” responses? Another fine mess.
Posted by Tim Fenton at 14:31

Do The Sun get tarnished by association as well for employing such ne'er do wells?

Well more than they have been already just for employing them?

Or have they been absolved by the Saintly Kitts?

An interesting comment made by a Daily Mail columnist:

The BBC read out headlines from the misogynist DM every morning - more guilt by association?

This guilt by association lark could go on forever and ever (amen say journalists with short attention spans).

But Staines wasn't in an executive postion like Hewitt or Harman. In the 80s, I supported a campaign against the environmental impact of uranium mining run by a now notorious paedophile. By your standards, I am guilty by association.