Tube strikes are not a fun event. If you work in London, you will not need to be reminded of this fact, and if you don’t, you don’t want to go there. The rest of the capital’s public transport cannot have the loads borne by the Underground dumped on it without overcrowding and long delays to many punters’ journeys. So there is frustration out there. And a press that wants to apportion blame. 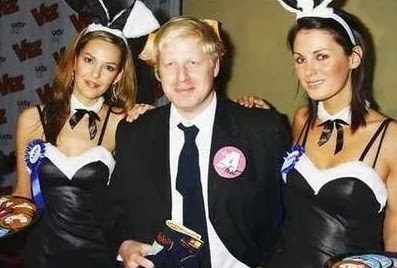 For the legendarily foul mouthed Paul Dacre, this means kicking Trades Unions. They call their members out: therefore they are to blame. Dacre turned to his most reliable source of industrial relations knocking copy, tedious and unfunny churnalist Richard Littlejohn, to paint a characteristically dishonest picture of RMT head man Bob Crow enjoying the high life while Londoners suffered.

“Barbados Bob, great train robber who uses industrial brute force to make rail passengers stand and deliver” gasped Dicky Windbag, managing to miss the point that the dispute is not with the passengers. He also gets Crow’s location wrong, as by yesterday, when the Mail ran his column, the RMT chief was in London, turning up at City Hall to see the Mayor – who was absent elsewhere.

And it’s a bit rich for Littlejohn to talk of someone being thousands of miles from the action when he is, er, thousands of miles from the action, lounging by the pool in his gated Florida compound. Barbados Bob? Miami Dick more like. Meanwhile, those prepared to engage brain before mouth and consider the reality of the situation have drawn a very different conclusion to the causes of the strike.

Christian Wolmar, who actually understands one end of the tube network from the other, had no doubt as to the culprit. “Johnson’s union showdown only hurts Londoners” he observed, noting that “The deeply regrettable Tube strike is the legacy of six years of the mayor’s antagonistic stance towards the unions”.

He went on “The fact that Johnson has not met union leaders during his time as mayor is a demonstration of his hostility and desire to pick a fight. The way that the announcement was made and the fact that it was coupled with job cuts suggests it is not about saving money but about picking a fight. If Johnson wanted to save money, he could stop introducing his ridiculous new bus that requires a conductor, a post that is totally unnecessary given that fare collection on buses is about to cease”.

London’s occasional Mayor Alexander Boris de Pfeffel Johnson has been both winding up the unions and blustering about doing away with drivers on the Tube for years now. This takes attention away from his wasting money on those vanity buses and the vanity cable car which cannot help him today because it’s windy. But what Londoners need is a Mayor who is more than all wind and piss.

The press will not save him this time. This strike is down to Bozza. Yikes chaps!
Posted by Tim Fenton at 10:24

The concept of a union is irrelevant to a TFL customer. We care about a service delivery and service improvement. Most times the main blocker to both of those is a union, not Boris Johnson.

That's the main difference between you and him. He get's that, and the unions don't.

This comment suffers from both a false assumption, and a false apostrophe.

Service delivery? Tell that to the tourists (who keep a large part of the London economy afloat)who will soon be faced with paying the most extortionate fares in the world if they can't work out the system and machines for themselves or don't buy an Oyster card in advance (and have it posted half way round the world).