“You’re either in front of Guido, or behind” proclaims the perpetually thirsty Paul Staines pointlessly, perhaps not realising that he cannot claim to be ahead of the pack if someone else is in front of him. And yesterday, to double down on his shame, the deeply subversive Guardian was in front, in the shape of Roy Greenslade telling that Piers Morgan had been questioned by Police last December. 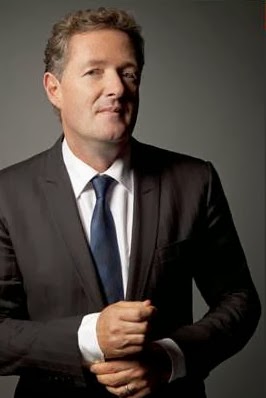 Morgan was honest about the event: “In early November I was asked to attend an interview by officers from Operation Weeting when I was next in the UK. This was further to a full witness statement I had already freely provided. I attended that interview as requested on 6 December 2013”. That means he was quizzed in association with ongoing investigations into phone hacking.

But here a problem enters: for Staines and his rabble at the Guido Fawkes blog, and anyone else peddling the idea that Piers Done It So There, there has been no charge, because there has not even been an arrest. Morgan attended a Police station at the invitation of the Met, there was no suggestion of his being nicked at the crack of dawn, and he was free to jet off back to the USA afterwards.

And, as with so much else they have written about Morgan, the Fawkes folks are full of pretence but very little substance: “‘Piers Morgan’s role as a Mail on Sunday columnist must surely come under pressure now’ says an insider at the paper who has knowledge of Morgan’s vast salary” they tell. This is crap: so one of them has been inside Northcliffe House. This makes them an “insider”.

As to Morgan’s wedge for writing his column, the “knowledge” of his “salary” is only that he gets paid (Morgan, not being an employee of the MoS, probably isn’t salaried anyway). The entire piece is pretentious muck-raking: Staines and his pals know sweet jack about whether Morgan’s column is at risk, but if it gets binned in the next year or so, they will claim to have known all along.

Also claiming prescience is the loathsome Toby Young, grandly referring earlier to a post he wrote for the bear pit that is Telegraph blogs back in July 2011 telling “The net closes around Piers Morgan”. It can’t be closing very quickly, can it? We’re two and a half years down the line and he hasn’t even been nicked yet. Tobes’s post tries to suggest that somehow Morgan might have been involved in hacking.

He does this by referring to the Sven and Ulrika-ka-ka-ka-ka story, but as I pointed out at the time – unlike Tobes and his pals at the Fawkes blog, I had four sources for my post, or at least three more than they had – it was the Screws who did the hacking. Morgan got wind of the story and ran a more sympathetic angle, the whole deal agreed with Melanie Cantor, Ulrika’s PR.

If you followed some of Dan Evans' testimony from the hacking trials then Piers has every reason to be worried. Evans allegedly learnt how to hack at The Mirror, before moving to The Screws. I wouldn't be surprised if hacking catches up with Morgan.

Nowt to do with Piers Morgan but have you seen ATOS's rebranding?

Sounds right up your strasse.