A by-election is to take place in the Portsoken ward of the City of London, following the “surrender of office” by a serving Councilman. Candidates for these posts are by tradition not party political, but this norm was flouted last March when Labour fielded a slate of candidates, and an openly Conservative group attempted to increase its presence in the area. 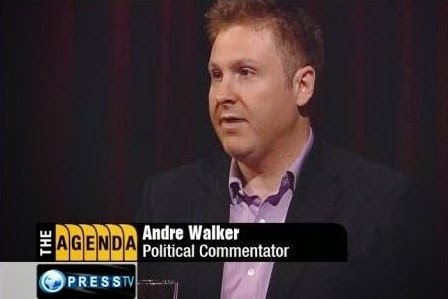 As noted on Zelo Street at the time, the latter effort failed spectacularly, with the group, some of whom were linked to the Young Britons’ Foundation (YBF), which styles itself a “Conservative Madrasa”, actually losing a seat, that of Mark Clarke, who had already been removed from the Tories’ prospective Parliamentary candidates’ list. But if at first you don’t succeed ... try, try again.

Casing the Portsoken joint right now is one Andre Walker, who resigned his post with Windsor and Maidenhead Council in disgrace after being recorded trying to undermine the Council’s deputy leader. Walker contested Cheap Ward (how singularly appropriate) last year, and came last in a field of six. But now he is campaigning once more. This has not gone unnoticed.

As Evan Millner has observed, Walker has been shown around the ward by sitting Councilman John Fletcher, who, in a most unfortunate turn of events, was found to have been on the English Defence League (EDL) donor list when it was leaked last year. Millner notes that Portsoken ward has a significant Muslim population, and that the EDL takes a hostile stance towards Islam.

It will be interesting to hear Walker’s position on the prospect of representing all those followers of The Prophet. Yet more interesting will be his explanation of his comments on homosexuality, having said same-sex marriage was “deeply offensive to religious people” and that homosexuality should be “tolerated but not encouraged”. Vladimir Putin would be pleased.

Moreover, Walker has pronounced same-sex relationships to be inferior: “I'm saying that a gay relationship is inferior to a heterosexual relationship. I'm sorry if that offends people but sooner or later that was going to come through”. And that’s before reminding everyone that the YBF’s CEO Donal Blaney said the NHS was a “waste of money”, and that waterboarding has its virtues.

It gets worse: Walker is press officer for the Trade Union Reform Campaign (TURC), chaired by one Aidan Burley, now experiencing his own little local difficulty over that Nazi-themed stag party over which the Mail on Sunday refuses to let go. One of his fellow candidates last March had also worked for Burley. All of this will no doubt be presented to the electorate of Portsoken ward in due course.

After all, it’s the kind of full disclosure that any democrat should support.
Posted by Tim Fenton at 13:03

Well spotted. According to the City of London's Forthcoming Elections webpage the Notice of Election for the Portsoken vacancy will not be published until 18 Feb 2014, so there is plenty of time for credible candidates to come forward.