Last night, Newsnight featured a debate on education. Looking in, on the off-chance that he could glean a little something to spin in the course of his loose affiliation to Michael “Oiky” Gove’s retinue of polecats, was the loathsome Toby Young, who duly used a barb aimed at Fiona Millar and span it out into an entire blog post. Thus his mastery of weapons grade bullshitting. “Why Fiona Millar Is A Member Of The Blob” he announced triumphantly, echoing the singularly vacuous “Oiky” characterisation of anyone opposed to Gove and his continuing commitment to upheaval, rote learning and enforcement by direct smiling and pleasant courtesy, backed up by as much underhand polecattery as he deems necessary. There are, to no surprise, many so opposed.

“Fiona Millar is the Blobbyest member of the Blob in the history of Blobbery. And make no mistake: if Ed Miliband becomes Prime Minister in 2015, Fiona will be given the power to start dismantling all the reforms that have been introduced since 1997, starting with academies and free schools” concluded Tobes. It might have sounded good to him, but I reckon even Noel Edmonds is funnier. 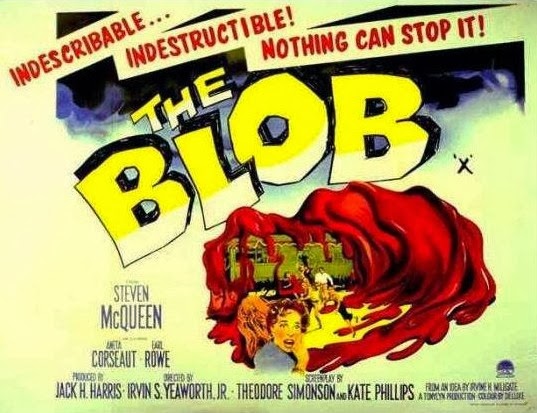 It's funnier than Gove. But then, so are most things

And there is a teensy problem with Tobes’ schtick, which has helpfully been presented in terms even yer average Gove polecat can understand by the ever interesting Mike Smithson at Political Betting. All the unpleasantness emanating from Gove and his enforcers is having an effect on the teaching profession. And it is not causing them to include “Oiky” on their Christmas card lists.

As Smithson points out, at the last General Election, the Tories – that’s Tobes’ preferred party – held a narrow lead within the teacher demographic, with 33% of their votes, against Labour with 32% and the Lib Dems close behind on 27% (UKIP managed just 3%). Right now it’s Tories on just 16%, Lib Dems and UKIP both on 8%, and Labour on a whopping 57%.

Smithson estimates there to be approaching 1,000 teachers in every Parliamentary constituency, with yet more who work in the education sector and are therefore lumped in with Gove’s “Blob”. Worse for the Tories, these are inevitably opinion formers and influencers, whose views carry significant weight. And right now they break for Labour over Tories by three and a half to one.

That makes the likes of Toby Young, in his almost Messianic zeal for the “Oiky” message, one of the Labour Party’s most effective recruiting sergeants. The more he opens that North and South of his, the more academics he drives into the arms of Mil The Younger – and Fiona Millar, who, after all, is the partner of Big Al, who in turn is retained by Labour for his campaigning skills.

Those three all know what the game is. It seems the clueless Tobes does not.
Posted by Tim Fenton at 17:40

Why do you call Michael Gove "Oiky"?

Do they? The reason I asked the question was that, when I searched Google for "Michael Gove" AND "Oiky", the only results I could find were on this blog.

I thought there might be an interesting story behind the nickname. It struck me as an ironic one, since Gove is obsessed to the point (as you point out) of political self-destruction with improving the educations of the kind of children many of his opponents would dismiss as "oiks".

For example, I thought the word "Oiky" might have something to do with Gove's speech about Jade Goody and her determination to see that her kids had a better education than she had experienced herself at school.

It's just that there's no attempt anywhere in this post to engage in any way with Toby Young's argument, which was backed by pretty damning statistics, so I wondered if, maybe, the one interesting part of all the name-calling had some substance behind it. It seems not.

Tobes is indeed supported by "pretty damning statistics", like his hero "Oiky" Gove and all those cheerleaders giving Labour a massive lead among teachers and other education professionals.

That was the point being made.

What do you mean his "argument", counsel? All he does is call Fiona Millar a blob. Is engaging with that saying "oh no she's not"?
If that's the standard of your advocacy, do you get many acquittals?