Ice Storm Is Not Coming Our Way

One does not expect accuracy from agenda-driven publications like the Daily Mail. But today’s assertion that the weather system that brought yet more heavy rain to the UK yesterday, and that which visited a snow and ice storm on the north eastern USA, are one and the same is the height of ignorant and irresponsible journalism. So is there an ice storm on the way? There is not. I will explain. 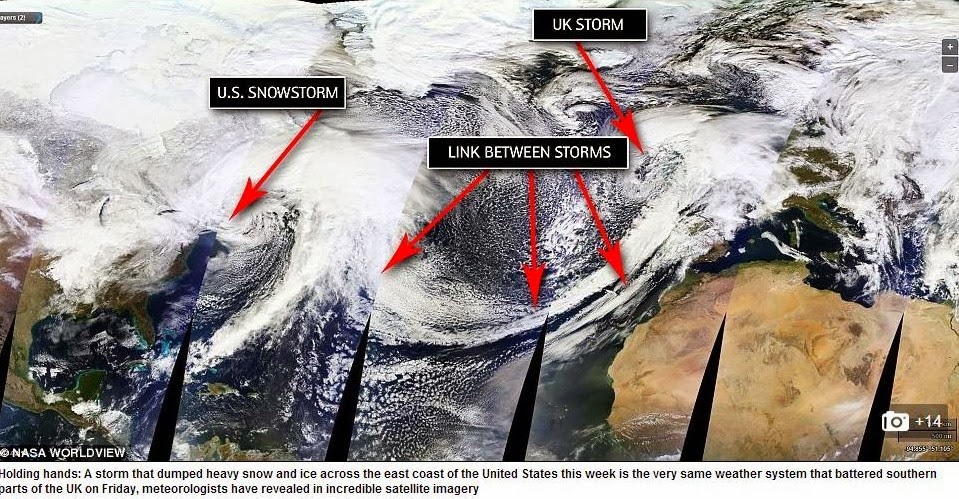 This is crap, even for the Mail

Weather systems do indeed move around the Northern Hemisphere, and many storms that we have seen recently have previously passed over the USA, but do not necessarily affect both areas in the same way. So it will be as the depression that brought the bad weather Stateside moves east: as it crosses the North Atlantic, its characteristics will change. The Met Office can show us more. 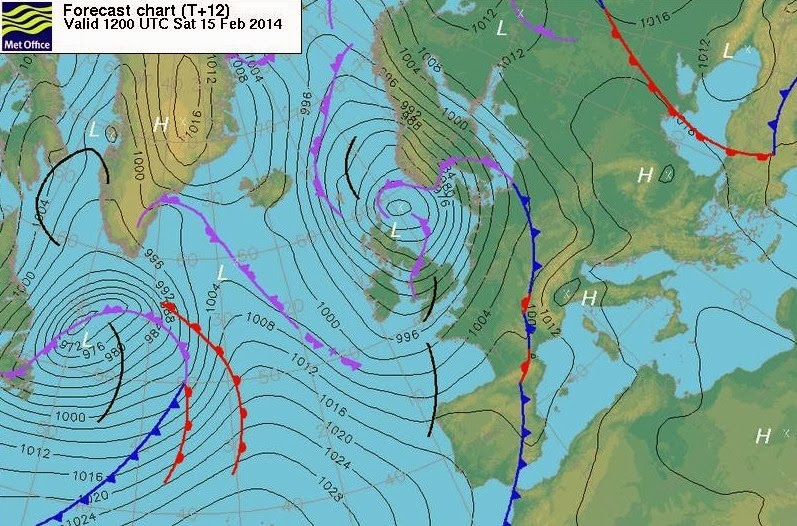 All these surface pressure charts are (c) Met Office 2014

Here is the surface pressure chart for noon today (all of the charts in this post are from the forecast given at midnight last night). The system that gave yesterday’s wind and rain is now centred to the north east of the British Isles. The next low pressure area – note that it is not the same system – is centred to the east of Newfoundland. It appears at least as intense as its predecessor. 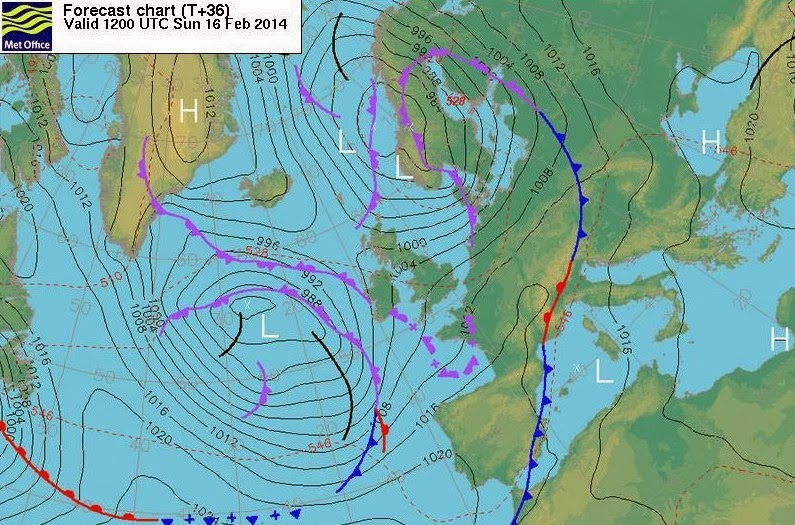 But now look at the forecast for noon tomorrow: yesterday’s storm has filled a little and moved north, being centred off Norway. The following weather system has moved east, but has become a less intense depression. That means the winds circulating around it are less strong. The weather fronts also appear to be less well defined; there may be less organised rain, more showers. 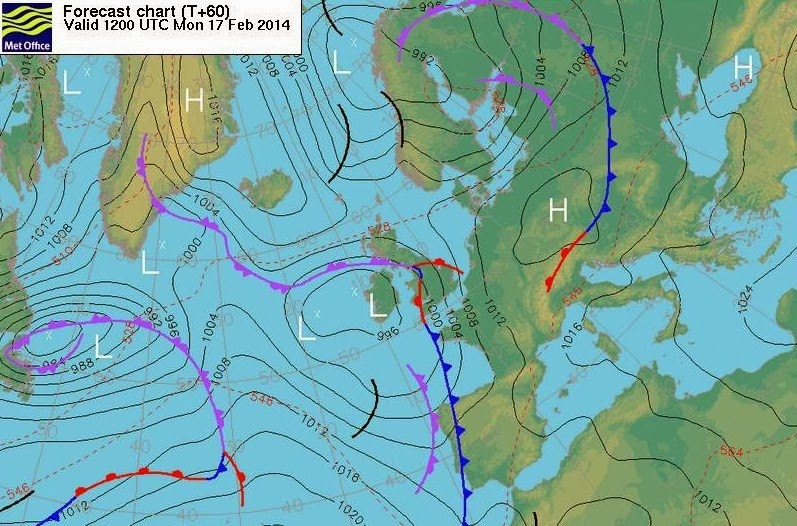 Moving forward another day, the depression off Norway has filled a little more, and drifted further north. And the “ice storm” weather system has become far less intense, its winds easing down all the time. There will be some rain from those frontal systems, but nothing like what fell over the USA. Some weather systems gather strength and moisture over the oceans. Not this one. 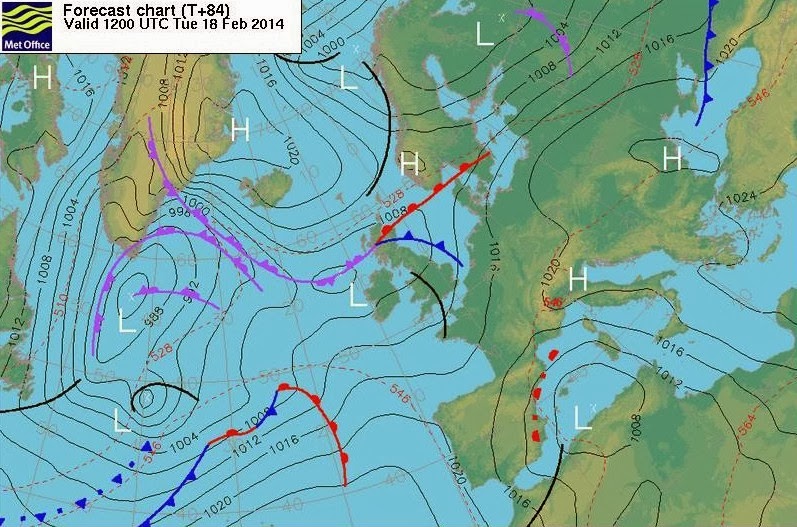 Now move the sequence forward to noon on Tuesday, and what was an “ice storm” just a few days previously has not only ground to a halt, but has also filled yet more, and is starting to merge into a complex yet not too intense depression centred south of Greenland. What rainfall it will send at this time will be intermittent and showery. There won’t be huge falls of the solid stuff.

Organisations like the Met Office, although derided by the same media outlets that push the weather scare stories, give anyone with Web access the means to see for themselves just what the weather is doing, and is forecast to do in the immediate future. It is, as the tired but true saying goes, not rocket science. Whenever you need to fact check a weather frightener, don’t be put off finding out for yourself.


Nobody should put up with such lazy journalism. So don’t. Get knowledgeable.
Posted by Tim Fenton at 12:52