The obedient hackery of the legendarily foul mouthed Paul Dacre know one thing about energy policy, and that is that it is wrong (why? Don’t ask). They also know that it is their duty to put the boot into any politician representing the Lib Dems. Labour may be Very Bad, and the Tories occasionally a little too liberal for the Vagina Monologue’s liking, but the Lib Dems are somehow beyond the pale. 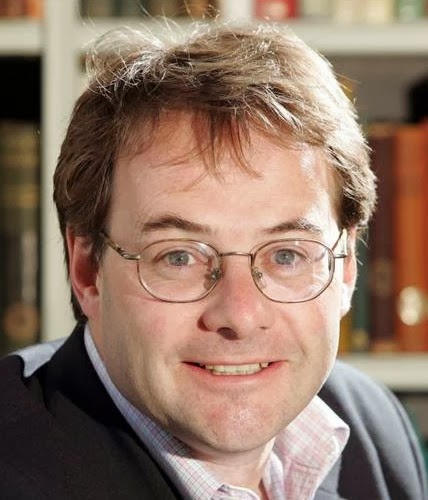 So when energy policy and Lib Dems come together, action must follow, and today has brought the magnificently self-regarding headline “Dim as an eco-friendly lightbulb: From our peerless sketch-writer, a withering portrait of Lib Dem Minister Ed Davey who this week called climate sceptics 'diabolical'”. Who is this “peerless” writer? Alas, it is only the odious Quentin Letts (let’s not).

What, pray, have the Lib Dems done to rouse Quent? Ed Davey, that’s what: he has had the effrontery to make a speech. Serious stuff for a sketch-writer who can’t be arsed taking notes. So out comes the hatchet: “Comrade Davey, 48, shines as dimly as an eco-friendly light bulb. How appropriate for a climate-change enthusiast. Ladies and gentlemen, behold a dullard, plodder, a Cabinet minister by default”.

“Over 16 long years of listening to his dronings, I don’t think I have ever detected a scintilla of originality in any phrase or conclusion”. Bit like you then, Quent. But at last Letts gets on to energy, and a favourite bête noir for the Mail, energy prices. “Who pays most for green taxes? The working poor” he declares. Wrong. Fortunately, Full Fact have a quick and easy-to-understand analysis on this subject.

Of the average £1,267 energy bill, £112, or 9% of the total, is down to “energy and climate change policies”. Of that £112, £11 is Warm Homes Discount and £47 Energy Companies Obligation. So more than half of what Young Dave disobligingly called “green crap” goes to helping the less well off. So Quentin Letts has been caught making up his facts and not checking – again.

It gets worse: “We keep being told the floods are unprecedented. Not true. They happened like this in the 17th century, when 2,000 poor souls died”. 2,000 where? In the UK? Across the whole world? Over a year? A decade? The whole century? You don’t know, Quent, you’re just making it up – and on top of that, we now have things called flood defences (see also under “spurious comparisons with 1953”).

What, Quent, d’you think one might call someone who can’t be bothered to check his figures, quotes numbers that he’s just lazily made up, and is incapable of the most basic of fact checking? Oh, I dunno, how about saying that person “shines as dimly as an eco-friendly light bulb”? Perhaps we might call him “a dullard, a plodder”. Those of more forthright disposition might just say he was full of crap.

That person would be you, Quent. And you are indeed full of crap.
Posted by Tim Fenton at 10:46

Maybe he is talking about the Bristol Channel floods of 1607, which are said to have killed 2000 people. Those floods are believed to have been caused by a tsunami.

Maybe Letts thinks we should ignore it and keep building on river banks.