Over at the bear pit that is Telegraph blogs, news does not always travel as fast as it might: here, Benedict “famous last words” Brogan is described as “the Daily Telegraph’s deputy editor”. Oh no he isn’t: as Press Gazette has told its readers, Brogan is now Associate Editor of the paper. Ben is still holding on, but he is no longer on the roster of three deputy editors. 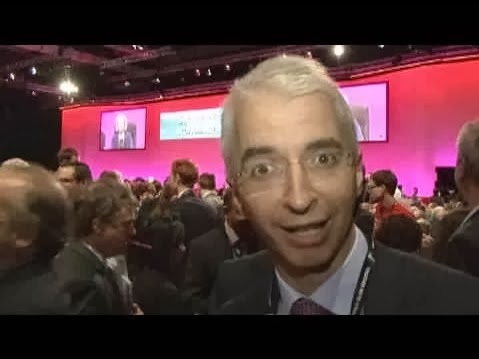 Moreover, as the report makes clear, “Deputy editor Benedict Brogan has been moved back to writing full-time as associate editor (politics)” [my emphasis]. That means he has been demoted. So the assertions made last month by the perpetually thirsty Paul Staines and his rabble at the Guido Fawkes blog have turned out to be at least partially true – for once.

So who is actually in charge? When former editor Tony Gallagher was fired in January, the Guardian’s media commentator Roy Greenslade was in no doubt: “I am astonished at the decision by Telegraph Media Group's chief executive, Murdoch MacLennan, who has - throughout his newspaper career - show an appreciation and an affection for the talents of old-fashioned news journalists of Gallagher's ilk”.

Except, it seems, MacLennan may not only not have been the only one making that decision, he may also be next in the firing line, as the latest issue of Private Eye (#1360, and buy your own, sorry) points out, asking “How long can Telegraph chief executive Murdoch MacLennan survive?” followed by adverse comment on his decision to hike the weekday cover price, which lost almost 10,000 sales.

It gets worse: as the Eye noted, “the first £1.40 paper was a miserable 28 pages, the smallest it is possible to produce at the Telegraph”. One person unimpressed by the continuing shambles is Foreign Secretary William ‘Ague, who according to the Eye “has cancelled a planned dinner, with his aide saying ‘What is the point? There is no editor’”. Perhaps new head man Jason “Psycho” Seiken could enlighten us?

Well, after appointing directors of Digital Content, Visual Journalism, Editorial Transformation and Talent, and Audience Development (in addition to the three deputy editors), he told staff “With these latest appointments and promotions, I am confident that we have the core team in place to set [Telegraph Media Group’s] course for an innovative and prosperous future”.

Yeah, right. Perhaps Seiken will, if he wants prosperity at the Tel, also address one pundit who is excessively rewarded for his one rambling piece a week. How will he and/or MacLennan sell their Brave New World while Boris Johnson gets bunged £250,000 a year for his barely coherent Monday morning rant? And how are the two of them going to get back all those lost readers?


The blood-letting over at Victoria Plaza is not over just yet.
Posted by Tim Fenton at 12:48