Today, Nigel “Thirsty” Farage and his fellow saloon bar propper-uppers gather on the Devon Riviera for their spring conference. The choice of Torquay, still cut off from the rest of the rail network following the damage at Dawlish, seems apt for a party cut off from political reality. But it is not cut off enough to prevent another horrendous embarrassment from overshadowing proceedings. 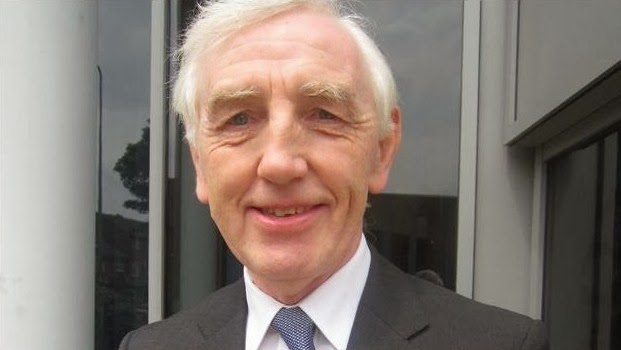 Count fingers before shaking hands with this man

UKIP wants to portray itself as a party of good honest plain speaking, of old-fashioned British values and without the impression of establishment sleaziness that has attached itself to others. But it also let in Tory Party refugees like Brian Silvester, whose dishonesty, dodgy dealings and potential misuse of taxpayers’ money has already reached the local press, with the potential to go national in short order.

Zelo Street regulars will remember Silvester jumping from the Tory ship before being pushed, after he and his brother were convicted of flouting fire safety laws over their bedsits in Shavington, near Crewe. The former leader of Crewe and Nantwich Council joined UKIP – and remained a Councillor for Willaston and Rope ward, where he has been urging residents to oppose a planning application.

Silvester claims he wants to maintain the “green gap” between the built-up area around Crewe (which extends up to the north side of the Crewe to Nantwich railway line), and the village of Shavington. But at the same time as he was telling his voters to block an application from Richborough Estates, he and his brother were trying to flog their own land in the same area – also “green gap” – for housing.

Worse, they were trying to sell to Richborough Estates – the same firm whose application Silvester was telling his voters to block! So not only was he being shamelessly dishonest with the electorate, he was also playing both sides of the field with Richborough Estates. That the developer would not eventually find out is inconceivable. And Richborough did indeed find out.

The email from Richborough’s Paul Campbell to Silvester was dismissive: “We consider your site to be a step too far in  eroding the gap between Shavington  and Crewe ... maybe you could put an advert in the  Crewe Chronicle if you’re struggling”, which, freely translated, means he was told to f*** right off with his double dealing. But the worst was yet to come.

Silvester’s emails to Richborough were sent from his Cheshire East Council (CEC) email account. They were most certainly nothing to do with CEC business. An inquiry has been launched into a potential breach of the CEC code of conduct. UKIP showed well in the recent Crewe town council elections. They hope to do well in the upcoming European Parliament contest. But maybe not so well after this revelation.

Still want him in your big tent, Nige? Take your time. No pressure.
Posted by Tim Fenton at 10:45

Surely the photo caption should say count fingers before AND after......


Some of us (obviously not including Chronic-le staff) can remember when he was leader of the Conservative Group on Crewe and Nantwich Borough Council. Even when it was the opposition it entitled him to an office with phone for official business. About 10 years ago there was a Chronicle report about how he had been forced to pay a rather large bill after a council audit found that he had used the phone for private business - quite a lot of it.

But it won't affect voting. Many, many people in Crewe have known about him for decades and would agree about counting fingers, but he still gets elected because it isn't enough to get the large proportion of non-voters to get up and vote for someone else.