Dionysius Lardner was a scientific writer in the 1840s and 1850s. He was very much the Christopher Booker and Richard North of his time, especially when venturing into a number of disputes with Isambard Kingdom Brunel over the building and operation of the Great Western Railway between London and Bristol, the best-known of which was over the routing of the line through Box Tunnel. 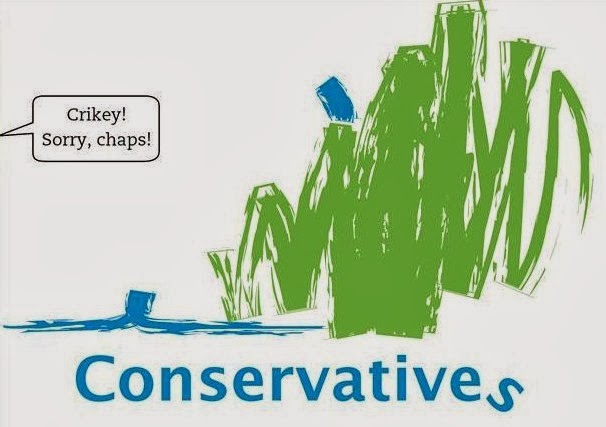 The tunnel had a 1-in-100 gradient from the east end to the west end. Lardner asserted that if a train's brakes were to fail in the tunnel, it would accelerate to over 120 mph (190 km/h), at which speed the passengers would die of asphyxia. Brunel pointed out that Lardner’s calculations totally disregarded air-resistance and friction, a basic error. Yes, a real Booker-and-North man, indeed.

But Lardner’s idea of putting forward ill-thought-out and easily dismissed objections to new railways is still going strong, and the advent of HS2 has given rise to the kind of stupidity that even he would not have contemplated. As the UK has just seen parts of its countryside flooded, and HS2 will cross watercourses and flood plains, the latest dumb idea is that this means HS2 equals flooding.

It gets worse: the press has been all too happy to indulge the culprits, Tory MPs David Lidington and Cheryl Gillan. Lidington has decided that his constituents in Aylesbury “believe the HS2 scheme should be cancelled”. His 100% consultation is to be applauded. Ms Gillan has told that the project is “the living nightmare my constituents have endured since March 2010”.

Both have a vested interest in denigrating HS2. So has the Maily Telegraph, where Christopher “No” Hope explains “There are fears that HS2 will increase the risk of homes being flooded, because the route passes through areas blighted by flooding this winter”, which will come as news to the inhabitants of the Somerset Levels, Thames Valley and Severn Valley.

And, as the man said, there’s more: “Dan Rogerson, the floods minister, said that officials had still not assessed any likely flood risk from the HS2 route for the first section, from London to Birmingham”. As the precise alignment has not been decided on yet, it can’t be. But I can save Lidington and Ms Gillan the worry: they just need to find an instance of railway building in the UK causing floods.

After all, we’ve had railways for the best part of 200 years, so finding the information should be easy. They won’t find it, of course, as such an event hasn’t happened. With the far more sophisticated techniques available to today’s builders, there is even less chance of something that has not happened in all those years happening in the future. This is just a shit-stirring scare story from two desperate politicians.

But they can tell voters they got their names in the papers, so that’s all right, then.
Posted by Tim Fenton at 17:31

Given the current situation with the Taunton - Bridgwater line and the Windsor & Eton branch, it's more likely to be the flooding causing disruption to the railway than the other way around!

There is another small problem with this storey. It simply is not true.

From this, one can see that the civil engineering design of the new rail line will both be okay even in a 1-in-1000 year event, but also not have a detrimental impact on the surrounding area. In other words, it simply will not increase the flood risk.

The two MPs were discussing the additional runoff from HS2 into the River Thame and Bear Brook flood plains. They were correct to make this statement as the large cuttings and grades into the River Thame will increase current runoff volumes. Flooding current occurs one to four times PER YEAr.

How exactly will HS2 create "additional runoff" and "increase(d) ... volumes"?