You may have seen Dominic Sandbrook on the telly. He appears on the BBC, under the guise of “historian”. But he is also a taker of the Dacre shilling, who has sold his soul to the Vagina Monologue in order to secure More And Bigger Paycheques For Himself Personally Now. When his legendarily foul mouthed editor orders him to jump, he is only too happy to ask “how high”. 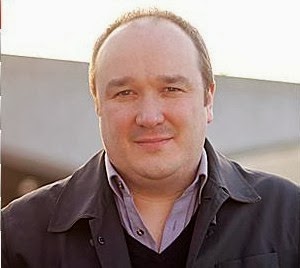 Today, under cover of discussing the floods and laying into Young Dave and his jolly good chaps for blaming anyone within range for what is a natural occurrence which could not have been prevented, or significantly ameliorated, Sandbrook ticks all the usual Dacre attack boxes, but also sprays his credibility up the wall by citing the so-called Taxpayers’ Alliance (TPA) as a reliable source. Wrong.

The TPA wouldn’t know how local or national Government bodies actually function from a hole in the ground. But Dom has a suitable false equivalence to distract readers: “I cannot help thinking that if the waterways in question had been, say, the  Brent and the Lee in Greater London, then the cash  might have been found from somewhere”. In his world, we can hold back nature by waving our wad at it.

Go on, then: “Indeed, can you imagine the difference if the floods had  struck not Somerset, but  the trendier boroughs of the capital? In minutes, half of Westminster would be on the scene, their Hunter wellies proudly on show. The BBC would probably suspend their schedules for a rolling news special ... Alas, the stricken area is not Notting Hill, but Somerset”. Only the Mail is in touch with the people, see?

Thus far he is on firm ground. But then, an actual historical comparison is needed, and we see just how good his grasp of his own subject really is: “older readers may also be reminded of the dreadful floods that struck Britain in the spring of 1947, and contributed to the downfall of Clement Attlee’s Labour government a few years later”.

Ready folks? “Hundreds of miles of countryside were flooded, there were shortages of food and fuel, and a run on the pound led to the eventual devaluation of sterling”. Oh dear, Dom: the devaluation was hastened when Sterling was made fully convertible as a condition of us getting a loan from the USA – you remember, Dom, the one Keynes negotiated. The situation was exacerbated by maintaining a pre-war exchange rate of $4.03 to the £ rather than devaluing in 1945.

Then he doubles down: “If there is one thing that voters will not forgive, it is rank  incompetence, and many political historians believe that the Attlee government’s failure to deal with the crisis of 1947 cost it crucial seats in the desperately tight election three years later”. Except Attlee won that election. And the Tories’ similar response to the 1953 floods didn’t stop Eden winning two years later.

Historian? Dominic Sandbrook, you’re having a laugh. Away with you.
Posted by Tim Fenton at 10:37

"there were shortages of food and fuel"
Well, yes. World War 2 rationing was still in full effect until 1948 and not finally ended until 1954.

The problems of early 1947 were much wider than flooding - heavy snow, low coal stocks, continuing effects of the war. Some of the flooding was due to rapidly melting snow.

I have never been able to make up my mind about Sandbrook. His programmes about the Cold War and the 1970's on the hated BBC, I felt were excellent and informative, with little interesting nuggets of minutiae thrown in for good measure, but when he becomes a Dacre troll, its like he turns into Mr Hyde to the BBC's Dr Jekyll, renouncing his scholary credentials for 30 silver pieces.