Wimbledon – They Also Win Who Coach

“Grass is for cows” said Manuel Santana, showing his cynicism over the playing surface at the All-England Club. But at least he won the Mens’ Singles in 1966. Ivan Lendl, who picked up on the phrase and used it himself on more than one occasion, never did. Perhaps the expectation got to him. But now Lendl has won the title by proxy, by coaching Andy Murray. 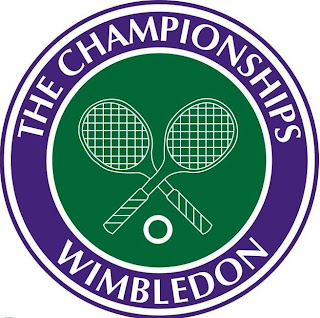 Some of the world’s best tennis players couldn’t add Wimbledon to their collection. It wasn’t just Lendl: Mats Wilander won the three other Slams in 1988, and as he lost in the quarter-finals at Wimbledon, was just three games away from a feat that has not been achieved since Rod Laver in the late 60s. And of course Tim Henman was beaten by the rain and Goran Ivanisevic.

And now, with Murray winning a brutal encounter with Novak Djokovic in today’s heat, Lendl has coached the first British Men’s winner since almost anyone can remember. Perhaps the way tennis is perceived in the UK doesn’t help, but more likely is that the singles game is about individuals, and nowadays individuals who have to be very determined indeed to get to the top.

It seems that there are less of those determined individuals in the UK, and it has been the case for many years. Some of those holding the British number one ranking over the years have been, shall we say, not very high up the world pecking order. Even in the women’s game, our strength in depth was never better than two (Sue Barker and Virginia Wade won successive Slams in 1977).

Why that is could be that it’s easier to make money being in business, or in other sports. Sure, the amount of dosh floating around tennis – plus the endorsements, especially in the women’s game – has brought undreamed-of rewards for those at the top, but for all of the journeymen who can’t quite make it over that highest final hurdle of belief, and sheer hard work, the pay-days aren’t so good.

Ivan Lendl knew how much self-belief and hard work had to be put in to get over that final hurdle. Andy Murray knew that he had to team up with someone like that to figure out how to do it for himself. Now he has two Slams under his belt, and Brits can say they saw a bloke win Wimbledon in their lifetime. But for Ivan Lendl, there is also the win he never managed.


That’s the ultimate winning combination in Men’s tennis right now. They may well be back for more in the near future.
Posted by Tim Fenton at 18:53