Coalition On The Brink

No, not the Coalition Government in the UK, at least not yet: the government in Portugal has an uncertain future after a sudden change in Finance Minister did not find favour with the leader of the minority Coalition partner, who has resigned from the Government in a show of disapproval. That party, the CDS or Peoples’ Party, gives the Coalition its majority in Parliament. 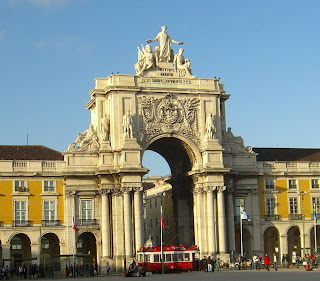 The moves began yesterday afternoon, as Vitor Gaspar resigned the Finance portfolio. He has been replaced by Maria Luis Albuquerque, formerly a secretary of state in the same department. CDS leader Paulo Portas, who is nominally Minster of State for Foreign Affairs, but is in a similar position to Nick Clegg in the UK Government, did not approve of the appointment and has resigned his post.

The Público has noted that neither of the CDS’ other two ministers has commented, but apparently neither of them was present when Albuquerque was sworn in. The clear inference is that the CDS may be about to pull the plug on the Coalition and leave Pedro Passos Coelho and the PSD (nominally “Social Democrat”, but more of a mainstream centre-right party) high and dry.

This would mean that the Coalition assembled by Passos Coelho just two years ago would fall, and that Government in turn came to power after José Sócrates’ PS (Centre-left) coalition fell, just two years after the previous election (Sócrates’ party had enjoyed a Parliamentary majority from 2005 to 2009). Instability brings back bad memories for many in Portugal.

That was what happened after the Carnation Revolution of April 1974, when the subsequent upheavals led to a succession of short-lived administrations. Partly as a result, the Portuguese are not given to the kinds of hasty decisions that might lead down that particular slippery slope. But if Passos Coelho cannot command a majority, then it is only a matter of time before there is another election.


Zelo Street will be watching the situation in Lisbon over the next days and weeks, so there may be updates later.

[UPDATE1 2050 hours: Pedro Passos Coelho has this evening gone on TV to assert that not only will he not resign, but also that he has refused to accept the resignation of Paulo Portas. As a result, he will not submit the resignation to the President.

He appears to believe that he can persuade the leader of the CDS to reconsider, but Portas gives every appearance of having lost confidence in the programme of austerity which is not only causing the economy to shrink, but also driving an exodus of "those who can" to countries such as Brazil, and even Angola.

Austerity is one thing. Getting growth back into the economy, and reducing unemployment, is what is needed right now. The EU is making the right noises - will it act before the can gets kicked down the road yet again? More updates may well follow]

[UPDATE2 3 July 1830 hours: there has been a meeting today of the CDS executive, which concluded with the possibility that the Coalition agreement with the PSD could be renegotiated. That renegotiation should, it was concluded, be via direct talks between Paulo Portas and Pedro Passos Coelho, who is in Berlin today.

But this still does not address Portas' clear disillusion with the whole austerity programme, given that the Portuguese economy continues to contract, and skilled workers continue to emigrate, rather than wait any longer for things to improve. How he will strike a deal with Passos Coelho, who appears more and more to be in denial, is unclear. More updates as and when]
Posted by Tim Fenton at 18:22