It Was Ten Years Ago Today

It still seems like yesterday, but ten years have passed since David Kelly, the weapons inspector caught up in the bruising row between the Blair Government and the BBC, was found dead near his Oxfordshire home. Kelly got thrown under the bus, the Beeb lost a very able Director-General, and even Tone emerged seriously damaged and minus his chief spinmeister. 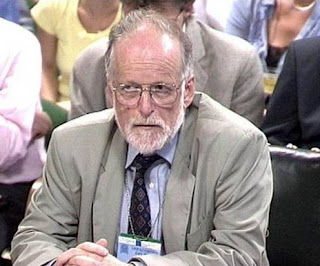 To commemorate the anniversary, there has been the usual renewal of calls for a release of any information about Kelly’s death not already in the public domain, assertions that there must be an inquest into the death – as if that will miraculously reveal new information – and the continuing allegations that he would still be alive if not for the machinations of Tone and Big Al.

But one participant gets off scot free, and their identity will be revealed later in this post. Meanwhile, the deeply subversive Guardian has stuck to a more orthodox line, with Vikram Dodd telling “Death of WMD dossier scientist contributed to erosion of trust in politics” with which there can be little argument. That erosion only continued when the mythical Iraqi WMD could not be persuaded to materialise.

Such an approach will not, of course, suffice for the legendarily foul mouthed Paul Dacre, who has commanded Stephen “Miserable Git” Glover over the top in a tenth birthday why-oh-why fest. “Ten years ago today, Dr Kelly's body was found. The subsequent cover-up is one of the great scandals of our age ... we still do not know for certain why or how Dr Kelly died”. Bullshit.

And so is the rest of the article, with “facts” presented with more side than a Ronnie O’Sullivan trick shot, then massaged and selected to fit the agenda: Tone and Big Al fixed it all with their pal Charlie Falconer, Hutton did not conclude as the Mail would wish and was therefore compliant, and we haven’t been given what Dacre and his hacks laughably call “The Truth”. Pull the other one.

As Tom Mangold has noted in a piece for Independent Voices, “Sadly, conspiracy theories grow like choking green algae in oxygen-starved waters. If only the conspiracy nuts were right – then poor investigative journalists like me would be rolling in dosh instead of eking out our humble lives on subsistence fees”. And all those targeting Alastair Campbell are missing out someone. 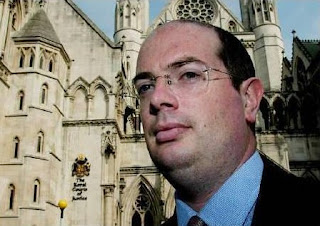 Look who's here, everyone!

Step forward Andrew “Transcription Error” Gilligan, whose journalistic craft came up short under Hutton’s examination. It was Gilligan who told members of the Commons committee that questioned Kelly that he was also the source used by Newsnight’s Susan Watts. That undoubtedly increased the pressure on Kelly when he appeared before them. Yet he manages to get away without attracting any flak.


Gilligan should no longer be the forgotten man of the David Kelly affair.
Posted by Tim Fenton at 17:07

What an absurd article that does not engage with a single argument of the so-called conspiracy theorists. If you bothered to you would know that leading figures in the campaign for an inquest do not make any reference to 'theory' or 'conspiracy'. They are simply concerned to have a full and open appraisal of all the facts which can only take place once all the evidence is made public (as opposed to three quarters of police records being suppressed under the highest levels of secrecy) and witnesses are questioned under oath and cross-examination in a coroner's court - something routinely granted in any individual unnatural death. Anyone who thinks Hutton's verdict of death by severed ulnar artery is safe, including Tom Mangold, either hasn't looked at the facts of this case or has done so with extremely tinted glasses.

Allowing comments does not mean I agree with them, and especially this one.