Who’d have thought it? Charles Saatchi and Nigella Lawson both have “friends” – yes, the important kind that exist only within quotation marks, and who by some miraculous process unknown to mere mortals manage to brief the cheaper end of the Fourth Estate as to the exact thoughts of those in the news, who aren’t actually commenting. Allegedly. 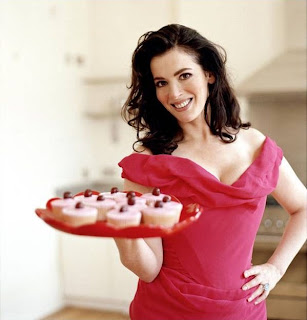 Later Nigella, I need to leave some room for lunch

As the Charles and Nigella marriage lurches sadly but surely towards the rocks, it has become clear that those “friends” have taken to delivering the views of the protagonists to rival papers, who are only too pleased to splash the news and possibly garner a few more sales. The inconvenient thought – that this is a personal affair into which it might be best not to intrude – is not allowed to enter.

Saatchi got his “friends” to deliver a claimed “exclusive” first, with “I'm divorcing you, Nigella: Saatchi breaks news to wife in exclusive statement to the Mail on Sunday and says he's 'sorry it's over'... but insists she put her hand on his throat too” being filled out with claims from poor Saatchi, who by sheer coincidence leaked the news, claiming that he is the wronged party.

Moreover, Nigella and her PR are The Ones Wot Done It. Saatchi “made the ‘heartbreaking’ decision to formally separate from the television chef because she refused to defend his reputation after he was pictured with his hand around her neck at their table”. And the marriage, it is conceded as an afterthought, had been falling apart for the past year (minor point, eh?).

Sadly for Charlie, he manages to change his story when asserting that he told Nigella to “pack your bags and go”. In the earlier version, he had told her to take the children and go off for a while until the press interest died down. And he also sounds less than convincing when explaining away his reasons for attending Charing Cross Police station and accepting a caution for assault.

Nigella, meanwhile, has managed, via her own “friends”, to get her version into the Sun. She was “devastated” and “blindsided” by Saatchi’s “brutal” decision to file for divorce. “The curvy TV chef spent yesterday holed up at her luxurious Mayfair apartment, crying and trying to figure out what to do next” readers are told, as well as the reminder that we’re talking about a “domestic goddess” here.

And she had clearly set her heart on reconciliation: “Pals claim she was hoping to reconcile with Saatchi once she had returned from an upcoming working trip to America”. Yes, going off to make a shed load of dosh comes before saving marriages. We can expect more from the magical “friends” in the future, as this high profile proxy divorce war is played out in public.


As for the children and other relatives – what the hell, there’s papers to sell.
Posted by Tim Fenton at 10:40