Yesterday, an Asiana Airlines Boeing 777 crash landed at San Francisco Airport. Conditions were good, the wind was light, and there had apparently been no emergency declared. The aircraft was almost full, with around 290 passengers on board. Yet, despite the aircraft losing its tail and the subsequent fire, there were just two fatalities and the hull emerged largely intact. 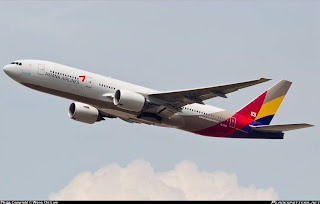 The Asiana Boeing 777 involved in the incident

This, it does not have to be said, is not enough for the shock horror merchants of the Fourth Estate. The coverage has to dwell on the landing gear being torn off – hardly a big deal in the scheme of things – and one of the two engines coming away from its mountings (ditto), along with talking of “blazes” and an “inferno” rather than the obvious covering of fire retardant foam from an alert airport fire service.

Yes, the airport’s firefighters and other emergency response teams did what they train over and over again to do: turned up at the scene, damped down any fire, assisted in the evacuation, got the injured treated and to the nearest medical facility, provided reassurance, and then preserved the scene for the sound people of the NTSB to take over the business of investigating what happened.

So, while the BBC calmly relates “Boeing 777 plane crash-lands at San Francisco airport”, and points out that this is the first time that passengers have been killed in an incident involving a 777, which has been in service around 18 years (Boeing has delivered over a thousand of them. They have flown tens of millions of miles), the tabloids cannot let it go without talking it up a bit.

Thus the Mail tells of “Horror ... fireball ... horrifying pictures [all of which they have published]” and only later on mentions that 190 of those aboard walked away after using the emergency evacuation slides. But at least that account confirms that all on board have been accounted for. Over at the Super Soaraway Currant Bun, that minor fact had not been updated when I last looked a few minutes ago.

Rupe’s downmarket troops scream “Two die in crash-land jet inferno ... plane terror as tail snaps off”, while managing not to mention that the pressurised tube that forms the passenger compartment was largely intact. Instead, readers are told that there are “another 60 unaccounted for”. So it’s the usual standard of responsible journalism, then.

What we do know is that the investigators will do their work, the cause of the incident will be made clear, and if any actions need to be taken as a result, then they will be taken, no ifs, no buts. That is why flying has become far safer over the recent past, with more miles being flown, yet fewer injuries and fatalities. That needs to be taken on board, and yes, even by the press.


If you’re getting on a plane today, folks, remember one thing: don’t worry about it.
Posted by Tim Fenton at 11:24