Keith Blakelock – Press Has No Regrets

Some 28 years after the event, Police have charged Nicholas Jacobs with the murder of Keith Blakelock, a Police constable, during the rioting on the Broadwater Farm estate in Tottenham that followed the death of Cynthia Jarrett, who suffered a fatal heart attack during a search of her home. Blakelock had been detailed to protect firefighters on the night he was killed. 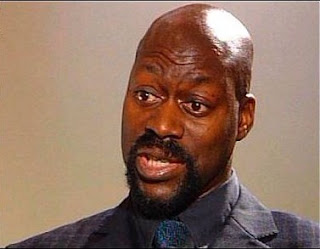 Keith Blakelock was a beat bobby in Muswell Hill: how on earth anyone thought it was a good idea to chuck him into the front line of a riot on The Farm, where tensions had been running high for some time, beggars belief. What was also beyond belief was the way in which the Met managed to clumsily fit up three men for his murder, an exercise that soon unravelled.

But now that Jacobs has been charged, what of all the clearly prejudicial coverage of the three who were fitted up, and especially Winston Silcott? Don’t hold your breath: neither of the main press protagonists, the Sun and Mail, is showing the slightest sign of regret. And nor are any of the pundits who have trousered significant wads of cash from putting the boot into Silcott over the years.

Foremost among these is Geoffrey “Lickspittle” Levy of the Mail, that most trustworthy of Paul Dacre’s attack doggies: “Return of a Killer; Winston Silcott Has Faced Three Separate Murder Charges. Yet, This Week He Was Back on the Very Streets Where PC Blakelock Was Hacked to Death. Innocent? or a Triumph for the Liberals Who Championed His Cause?” before Silcott’s release being typical.

Then, when Silcott was released, Mail readers got “Why 'racially-oppressed martyr' Winston Silcott does not deserve to be canonised”, another slice of Mail fantasy, telling of something nobody had so much as suggested – canonisation – and then telling readers that this was favoured by “do-gooders” like the BBC and Guardian. There has been no regret from the Mail today, though.

Nor has there been any from the Sun, which went after Silcott to the extent that its coverage was considered to potentially prejudice the trial. As with the Mail, when he was released from prison, it was “Silcott back on the street”, with use of the Blakelock family and whatever hostile comment could be obtained, to keep up the demonising. And one participating pundit spanned both papers.

Step forward the unfunny and talentless churnalist Richard Littlejohn, whose return to the Mail was accompanied by a comparison of Silcott with Ian Huntley. That’s another one who has profited from the affair, stoking the kind of coverage that led Blakelock’s family to believe that He Really Did It: the Mail reported that the dead officer’s sons considered suing Silcott.

But they won’t be apologising to those they smeared or misled. No change there.

[UPDATE 1750 hours: Chas Newkey-Burden, who writes the OyVaGoy blog, has posted on the latest development in the Keith Blakelock investigation. He has one advantage over more or less every hack and pundit that has filed copy on the case during the past three decades, in that he has met Winston Silcott and his family.

He makes the point that the whole charade, where Silcott was framed, was not just bad for Silcott and his family, but for the Blakelocks, who were given to believe that Silcott did it, never mind the conviction being overturned, to the extent that Blakelock's sons actually considered suing Silcott.

Perhaps someone from the Mail or Sun will, one day, interview Winston Silcott. But don't bet on it happening any time soon]
Posted by Tim Fenton at 12:46

For a start,dacer of the daily mail who you criticise also had the headline that 3 men who are innocent. In terms of the law of Killing Stephen Lawrence were actually guilty the Accourt brothers, and Jason Kinhgt, secondly two of them were falsely accused on fault evidence of killing Stephen in a private prosecution

Also the police were cleared of framing Silcott,as for the press suggesting to the Blakelock family that Silcott actually did it, we'll several people including the press have suggested to the Lawrence family that the innocnet men of the Accourts and JasonKnight were actually guilty of killing Stephen Lawrence