Last week’s use of the Keogh Review by the Tories to launch a clearly pre-planned assault on Labour’s stewardship of the NHS was well co-ordinated, and it was as binary in its characterisation as it was dishonest. Yet thus far nobody has joined the dots and identified the source of this assault. Step forward Lynton Crosby, now advising Young Dave, and bringing more spivvery to the Tory Party. 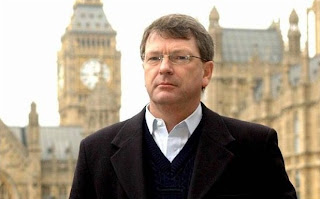 That Crosby was behind the NHS attack can be in no doubt: first there was a briefing to the Sundays, with the Telegraph, Mail and Sun all telling readers what Bruce Keogh would say, which in all three cases was wrong. But it conformed to a characteristically narrow view, talking of “squalor”, large numbers of deaths, calling hospitals “death-traps”, and saying it was All Labour’s Fault.

When Crosby is doing the attacking, the briefing does not need to match such trivial things as facts: the mortality ratios Keogh worked from were generated between one and two years after Labour left office; his visits between two and three years after. And, as has been pointed out, these ratios cannot be extrapolated to give an actual number of deaths. Mortality has been falling for the past decade by at least 30%.

These, though, are mere inconveniences, and are screened out before the press is briefed. Even after Keogh personally refuted the figures pitched by the Sundays, and his report made no mention of them, back came the same papers, clearly briefed by the same single source, with the same figures. Meanwhile, the same line had been taken by the Government in the Commons.

Rarely has Jeremy Hunt (the former Culture Secretary) looked so guilty as he recited his pre-ordained lines, knowing he was going to stir up the proverbial hornet’s nest, if only through the sheer brazen dishonesty of it all. Polly Toynbee is right that the briefing came from 10 Downing Street, but has not as yet identified the culprit. The Crosby campaign against Ken Livingstone is instructive here.

“Imagine going back to ...” start so many Crosby snipes at Livingstone, followed by suggestions that he avoided taxes, wasted money, is dishonest, and is attempting to scam voters. There is blatant dishonesty – Bozza is asserted to have built 50,000 affordable homes in his first term – with improvements made by Livingstone (like Police numbers) claimed for the Blond.

Crucially, Crosby repeatedly claims that Livingstone cannot be trusted. And that is what the aim of the NHS bashing is with Labour: say whatever it takes, no matter whether it is actually true, to make it Labour that cannot be trusted on the NHS, rather than the Tories. So prepare for an apocalyptic and deadly past NHS to be spun, followed by “Imagine going back to that with Labour”