The Murdoch goons at the Super Soaraway Currant Bun are never satisfied with just demonising foreigners, brown people, black people, followers of The Prophet, celebrities who express concern for the less fortunate, refugees, and anyone who declines to vote in the manner dictated by Themselves Personally Now. There must always be that search for more people to dump on, more little people who can’t fight back. 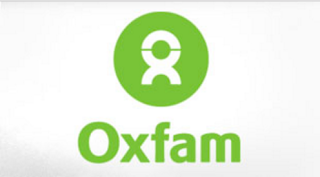 Thus today’s Sun editorial has alighted on a new source of hate campaigning by the inmates of the Baby Shard bunker - charities. These organisations show compassion for the less well off, and in the perverse world of the Murdoch mafiosi, giving a beggar a helping hand, rather than kicking the crap out of him, is somewhere near the top of the list of unforgivable sins. So it is that Oxfam has today been given both barrels.

“Oxfam attacking the world’s richest shows just how little they understand the global economy and poverty” is the rant of choice. So Oxfam is attacking the world’s richest, is it? “OXFAM’S complaint that a few ­billionaires are worth more than half the world shows how little the charity understands the global economy or how to reduce poverty”. Ah, so now it has been downgraded in the retelling to a mere complaint. But there’s more.

“These self-made tycoons are its champions. Their vast companies and others like them have created jobs and wealth for untold numbers of people … And the world’s richest man Bill Gates is also the most generous. The Microsoft founder has so far donated £30billion to charity - a sum Oxfam would take almost a century to raise”. So has Oxfam been attacking Bill Gates? I missed that one. Still, back to the rant.

“Oxfam has become a foghorn for the sort of chippy lefties … A green-eyed war on wealth creators is the fastest way to increase poverty”. Sun readers might really believe that Oxfam had indeed declared war on the richest in society from that. But, as so often with the Murdoch doggies, the reality is somewhat different. We can see this by actually reading what Oxfam said (a statement to which the Sun’s website has declined to link).

This is what they actually say: “Eight men own the same wealth as the 3.6 billion people who make up the poorest half of humanity, according to a new report published by Oxfam … Oxfam’s report, ‘An economy for the 99 percent’, shows that the gap between rich and poor is far greater than had been feared. It details how big business and the super-rich are fuelling the inequality crisis by dodging taxes, driving down wages and using their power to influence politics. It calls for a fundamental change in the way we manage our economies so that they work for all people, and not just a fortunate few”.

That isn’t an “attack on the world’s richest”, it’s a statement of fact. That is underscored by the report’s recommendations: “Governments end the extreme concentration of wealth to end poverty … Governments should work together to ensure workers are paid a decent wage … Governments support companies that benefit their workers and society rather than just their shareholders … Governments ensure economies work for women”.

Of course, that would mean all those Governments not being swayed by greedy billionaires like Rupert Murdoch as a result. And that would never do. So the order has gone out to kick the crap out of Oxfam instead. What you will not read in the Sun.
Posted by Tim Fenton at 13:01

I almost pissed meself at this gem:

It's a bit difficult to achieve all that if governments are in the hands of those determined to prevent all of those laudable aims. As they are across Western "democracies." The same people who have set out (and are well on the way) to reverse virtually all social progress made in the Post War Settlement.

Which of course means OXFAM has political aims opposite to the Scum. Which in the eyes of Murdoch's boot boys makes them a "legitimate" target.

A bit of real politik wouldn't go amiss when dealing with the Murdoch-Rothermere Axis of Lying Evil. You don't get rid of a rat infestation by feeding it a weak diet.