Hardly had Zelo Street pointed out that the EU-bashing press was taking its readers for mugs by suggesting that vacuum cleaners with motors rated at 2,000 watts or more were somehow A Very Good Thing than the Daily Mail, bless its legendarily foul mouthed editor, decided to venture beyond parody and begin to encourage its readers to buy more of the things. 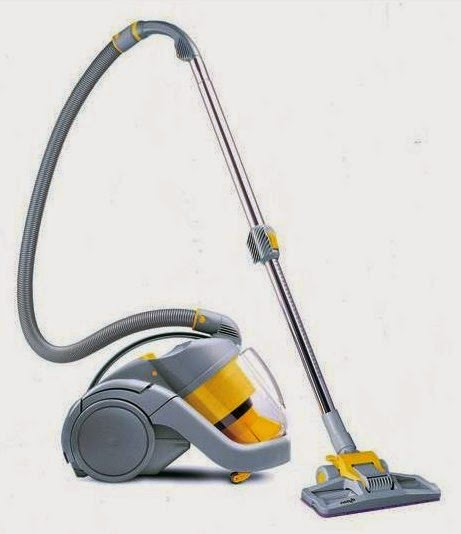 Yes, even though the new standards, including a cap on motor ratings at 1,600 watts, came in at the beginning of this month, the Mail today proclaimed “Beat The EU Ban ...Half-Price High Powered Hoovers ... New exclusive deals for Mail readers”. At this point, anyone with brain engaged would have done their sums and concluded – rightly – that someone was having a problem shifting old stock.

No more of these energy guzzling devices can now be manufactured within the EU, or imported into it, so it follows that what the Mail is helping to flog is stacked up in a warehouse somewhere – and in danger of remaining on someone’s inventory while newer, more energy efficient machines are sold, and consumers realise that they can get along just as well with less wattage – and so use less power.

That thought is not allowed to enter at the Mail: “House-proud Daily Mail readers have told of their delight at beating the EU ban by hoovering up high-powered vacuum cleaners in our special promotion”. They won’t be so delighted when they see next year’s electricity bills and find that the neighbour with the Dyson is paying rather less. So do we have an example of a contented reader?

“Among the first to bag one was businessman Roger Hunt, who says his Hoover Spirit Pets Cylinder will be ideal for keeping the five-bedroom home spick and span. He lives there with wife Jane, their four children and four-year-old cocker spaniel, Tennyson, spick and span”. There is clearly a lot of spicking and spanning chez Hunt. And he certainly has an opinion.

“We wanted a high-power vacuum cleaner and every one of my generation knows Hoover are a good product so as soon as we saw the offer in the Daily Mail we knew it was the one for us”. Speaking as someone from his generation, I know that the last Hoover I had was crap on wheels. And even the perpetually thirsty Paul Staines and his rabble at the Guido Fawkes blog have seen through this one.

“Genius of the Mail merging advertorial with ideological line and shifting cut-price soon to be discontinued Hoovers” observed Media Guido, although of course the machines sold have already been discontinued. Somewhere, electrical wholesalers are breathing a sigh of relief, as the Mail has helped them unload all those potentially unwanted cleaners. And the buyers think they’re getting something useful.

Roger Hunt sells second-hand cars. And no, I wouldn’t buy one from him either.
Posted by Tim Fenton at 17:31

"the Mail has helped them unload all those potentially unwanted cleaners"

And they didn't have to offer any free airline tickets?

You get what you pay for. Dysons last for years. It might seem a bargain getting a £60 hoover but in the long run you might as well pay out a bit extra for something decent. Still in our throw away society which cares very little about the environment it doesn't matter. If it blows up you can always get another £60 one.

No one with a brain pays full price for a Dyson. They change models so often there are always deals on older models.


The Dyson DC39 is well under £300 online(£228 at the Dyson Outlet). I do agree that Dyson is the Apple of the vacuum world, you pay for the logo but wait a few months and it will be cheaper.

Currys can't actually supply any of the Hoovers at that price - as the old joke goes, ours are that price when we haven't got any.


I can't believe that Hoover (or anyone esle) were still making things that power hungry. I bought mine from Lidl (own brand) for about £50 at least ten years ago and it only takes 1400 watts. But it still lifts loose carpet.

What Mail readers can't get there tiny minds around is the difference between SUCTION power and the electrical power it takes to do it.

why every vacuum sucks too much electricity.

Every home these days will have a vacuum cleaner as it seems impossible to live without one.