The Daily Mail and confessional journalism. They go together like salt and, er, more salt. The pundits line up to be ordered over the top by the legendarily foul mouthed Paul Dacre to regale the world about all the things they once got up to, and are perhaps still getting up to, despite very few people wanting to hear about them. Today is the turn of Glenda Emeritus Amanda Platell. 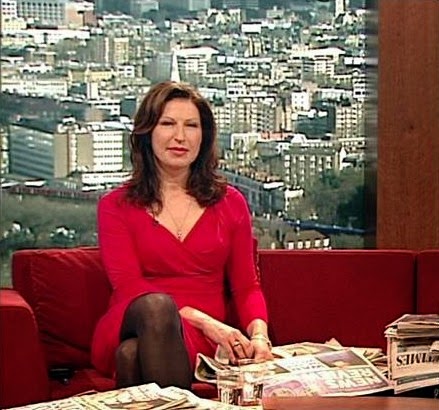 Her confession? She has been getting routinely ratarsed: “Amanda fears over-45s are becoming a burden on the NHS, with alcohol-related conditions such as strokes, cancer and heart disease on the rise ... Social drinking has been a big part of her life and her career ... When preparing supper she would reach for a glass. Out for dinner she would order a bottle and feeling good she celebrated with champagne”.

Now I hate to intrude on this most catholic of confessionals, but she would have had to have been going some to have drunk her way to a combination of stroke, cancer and heart disease. Or perhaps I, and all those folks I share a few scoops with from time to time, have been slacking in our consumption of beer, usually followed by, well, a further quantity of beer. It’s daft not to.

“I could probably count on one hand the number of times I’ve been out with friends when we haven’t had a drink” she wails. One hand? I couldn’t count them on one finger, but then, she is in a different league to those of us who are not hacks and pundits for whom regularly going to the nearest Rub-a-Dub and becoming Elephant’s Trunk and Mozart is a way of life.

So what’s she going to do about it? “Women like me are reaching a crossroads and calling time on alcohol. That’s right. I’m taking a long overdue break from the booze — not giving up for ever, but giving it a rest for a while, before re-emerging as a more moderate drinker. This is no mean feat for women of my generation”. Why? You just don’t order the stuff, and if at home you don’t open the bottle.

But she doesn’t shout that she’s gone on the wagon: “they’ll think you were a lush”. Why might that be?
“Lunch with a very indiscreet MP who only loosens up over a bottle of good wine ... quick drink with an old friend ... While he’d finished the bottle of white, I’d helped him on his way ... Then a dinner with friends. We knocked back a bottle of champagne – or was that two? – a good Merlot and two bottles of Chablis”.

They might indeed think you were a lush if you routinely went through that much of a day. Anyhow, Ms Platell has gone dry, even though she feared this might give her writer’s block. But she persevered. “And it worked. I don’t think anyone spotted the difference”. Indeed – the same old self-serving snoozefest as before, with only one question holding everyone’s attention.

Why does anyone with brain engaged pay her for this rubbish?
Posted by Tim Fenton at 15:43