MH17 Was Shot Down – Official

The Dutch Safety Board has issued its Preliminary Report into the crash involving the Malaysia Airlines Boeing 777 registration 9M-MRD performing flight MH17 from Amsterdam Airport Schiphol to Kuala Lumpur International Airport on July 17 last. The flight ended at 1320 hours near Hrabove, Ukraine; all 298 passengers and crew on board died, and the aircraft was destroyed (see HERE [.pdf]). 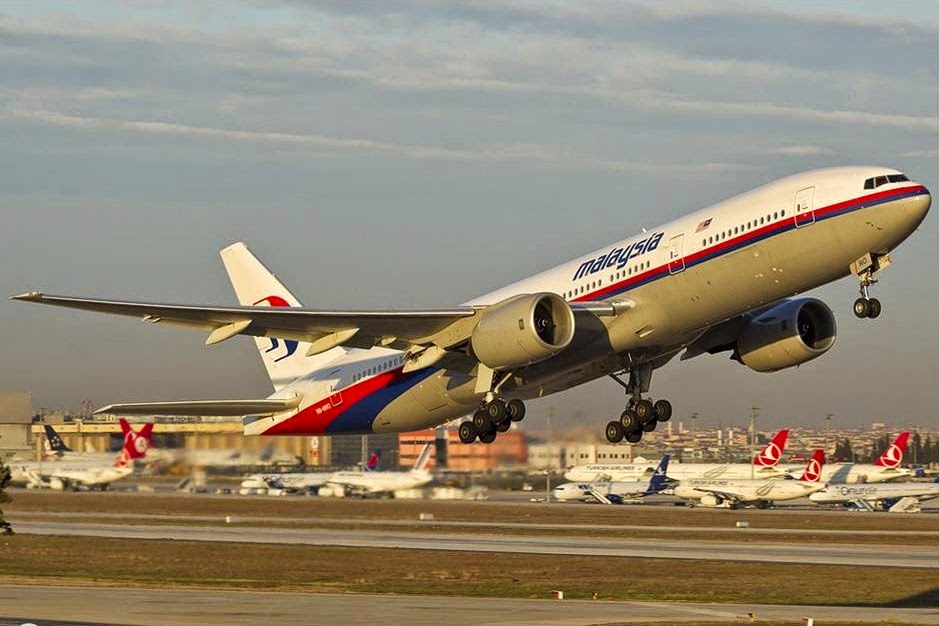 What is clear from the report is how uneventful the flight had been: the aircraft was serviceable, nothing more than refuelling and addition of engine oil was needed during the turnround at Schiphol, weather conditions at the time posed little problem, the aircraft was in unrestricted airspace, and the flight deck were communicating normally with Air Traffic Control (ATC).

Despite some concerns that the Flight Data Recorder (FDR) and Cockpit Voice Recorder (CVR) may have been tampered with during the period they were held by rebel forces, data was downloaded from both without any problem. Both FDR and CVR show all was normal until 1320 hours, at which point both recordings stopped abruptly. The aircraft broke up in mid-air.

That much is straightforward: the conclusion gives the clue as to what happened. “The damage observed in the forward section of the aircraft appears to indicate that the aircraft was penetrated by a large number of high-energy objects from outside the aircraft. It is likely that this damage resulted in a loss of structural integrity of the aircraft, leading to an in-flight break-up”.

“High-energy objects” is code for detonation of explosive ordnance and the subsequent dispersal of shrapnel. In other words, the end product of being targeted by a surface-to-air missile of the type that could be delivered by the Russian-built Buk system. We know, from the work done by contributors to Bellingcat, that such a system was in the area at the time the aircraft crashed.

Moreover, we now also know not only that the Buk had come across the border from Russia, but also that it was being manned by what appear to be Russian military personnel – not eastern Ukrainian rebels. This, too, has been established by contributors to Bellingcat, and you can see the analysis HERE. On top of that, there has been separate research by the BBC’s Panorama.

The crash findings are consistent with MH17 being struck just behind the cockpit to its Port side by a missile: the damage would have included the Port engine, hence the aircraft veered to Port as it broke up. What has been pieced together by the BBC and Bellingcat points to direct Russian control of the Buk that shot if down. Right now, Vladimir Vladimirovich Putin has some serious explaining to do.

He could start by owning up. But the SOB doesn’t have the spine to do it.
Posted by Tim Fenton at 17:16

Not sure that you can come to the conclusion it was a missile when other experts are saying the finding could indicate machine gun type fire from another aircraft-hence "high energy objects". Not sure Putin is yet in the frame for this.

No expert, unless they are being paid by the Russian state, is suggesting that MH17 was shot down by machine-gun fire.

But thank you for stopping by and giving the approved Kremlin view.