The new standards for vacuum cleaners that have been agreed by politicians across the EU – and backed by most manufacturers – came into force yesterday. The move had been known about for over a year. The chance of the new standards being binned or watered down is not unadjacent to zero. Yet the pundits are still in full rant mode, and this includes Dan, Dan The Oratory Man. 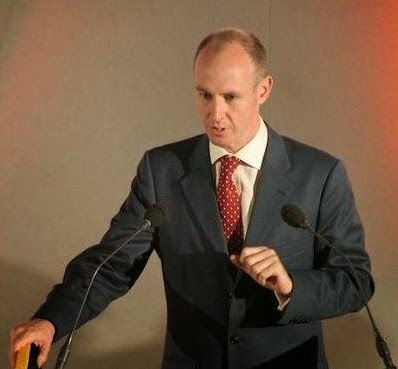 One dodgy vacuum cleaner story, the bid's with you Mr Dacre, any more takers?

Hannan is not alone in trying to squeeze more mileage out of this latest bout of EU bashing: the Express today tells “Why the EU ban on our hairdryers is madness” (there isn’t one). But the MEP and occasional Tory is in a league of his own when it comes to dispensing falsehood and misinformation – as well as kicking James Dyson for having the effrontery to design energy efficient products.

“Various consumer organisations, including Which?, recommend the high-suction cleaners as the best way of extracting dirt rather than pushing it around” he tells. See what he did there? High wattage is assumed to equate to high suction, which, as the Dyson position paper that I cited yesterday shows, it does not necessarily do. Dyson has designed efficiently, rather than throwing more power at the problem.

This clearly displeases Hannan: “Sir James Dyson — who makes the things and, we can fairly assume, knows a thing or two about them — argues that there is no need for a properly designed machine to take such a high wattage ... Still ... since Sir James’s appliances meet all the specifications anyway, he might be expected to say that. The ban ... will disadvantage his competitors, and so suit him”.

Then comes the evidence-free smear: “Whether Dyson lobbied for the ban, I’ve no idea”. But big corporates are to blame: “When I first became an MEP, I innocently thought that businesses would be opposed to regulation. How wrong I was. In fact, large corporations love EU rules. They know that they can easily meet the compliance costs, but that their smaller rivals will be put out of business”.

The inference is clear: Dyson is a big corporate and all the poor souls flogging high wattage vacuum cleaners are the little guys. However, and here we encounter a significantly sized however, one look at the Mail’s latest EU-bashing piece on this subject shoots the argument apart. What is the first high power cleaner mentioned? It’s “the 2,400-watt Bosch Pro Energy BSGL3126GB cylinder vacuum cleaner”.

Bish bash Bosch! Bosch GmbH and its subsidiaries employ over 280,000 people and generated over €46 billion in revenue last year. Dyson employed 4,196 in 2012. The idea that a corporate minnow like Dyson can out-lobby the likes of Bosch is ridiculous, even by Hannan’s pitifully low standards.

And his hypocrisy in whining about EU waste on the one hand, while arguing for it when it comes to energy use, is equally pitiful. So no surprise there, then.
Posted by Tim Fenton at 10:59

One wonders that if the EU made indoor, plumbed toilets compulsory, that these lunatics* would argue that it is a Briton's right to crap in a bucket and throw said crap out the window. (As opposed to onto the newsprint that they currently do.)
* yes, I carefully considered this word.

Dyson influencing the EU is unlikely - but winding up the useless UK press is very possible. Funny how they harped on about how Dysons wouldn't be available (untrue, I know) and funny how Dyson waited till the day after the deadline and the sudden boost in sales to clarify things.

And if some useless hack does stumble on and through the Dyson paper expect stories of how Dyson are now designing cleaners based on big german women!

All this babbling about hoovers and energy efficiency is baloney.
The EU needs to negotiate with the USA and China about their emissions before meddling with rubbish like this.