As the Screws was being revealed as a hotbed of hacking, a borderline criminal enterprise masquerading as a newspaper, there were questions over whether any other titles, and especially the Mirror ones, had been dabbling in this particular Dark Art. And as I noted at the time, such things were possible, but before pronouncing, we had to see evidence. This is now being presented. 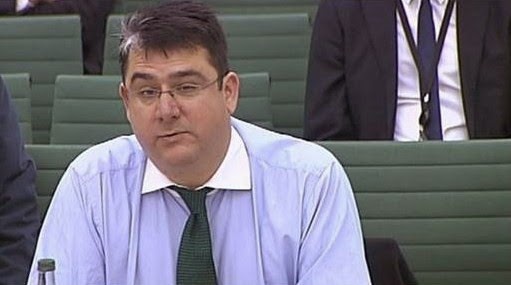 Yeah, I heard it was Ulrika as well in the middle of a pint, stuff that, no, session, bollocks no, phone conversation. About going out and getting ratarsed. Oh sod it

But yesterday, when it was shown that at least one victim suggested that the appalling Piers Morgan knew about the practice, one of those previously keenest to kick the former Daily Mirror editor and CNN host was silent. Yes, the perpetually thirsty Paul Staines and his rabble at the Guido Fawkes blog took a whole day to even mention the news. And even then he fouled up badly.

“Two quotes from Piers Morgan after Mirror pays out compensation over Sven / Ulrika hacking” proclaimed The Great Guido in his Quote Of The Day feature today. And, as Jon Stewart might have said, two things here. One, the settlement reached with Sven-Goran Eriksson does not mention Ukrika-ka-ka-ka-ka, and that is because, Two, the Mirror titles did not hack the couple. 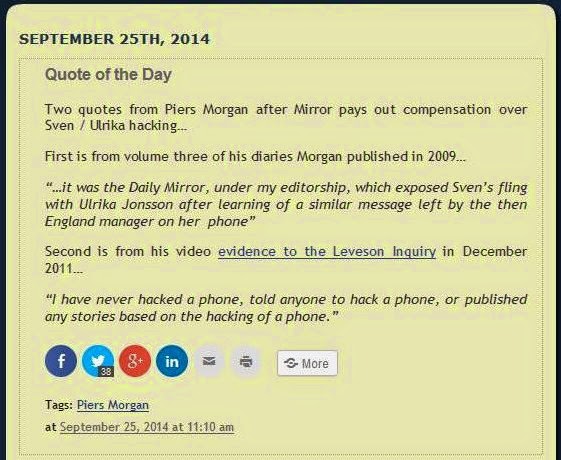 It’s simply unbelievable that, three years after the Fawkes Folks first fouled up over the timeline and dramatis personae of this one, they just open mouth and insert boot once again. So let’s take this nice and slowly: Eriksson and Ms Jonsson had both been hacked by the Screws, and probably by Glenn Mulcaire. The paper had cleared eight pages of the following Sunday’s paper for the story.

Two Screws hacks, one of whom we now know was the late Sean Hoare, let slip to someone from the Mirror, possibly James Scott, what they had done. Word got back to Richard Wallace, then Morgan’s deputy. Piers agreed, via Ulrika’s PR Melanie Cantor, to find a more sympathetic angle, and the story was then credited not to Scott but the 3am Girls, possibly to up the by-line’s profile. 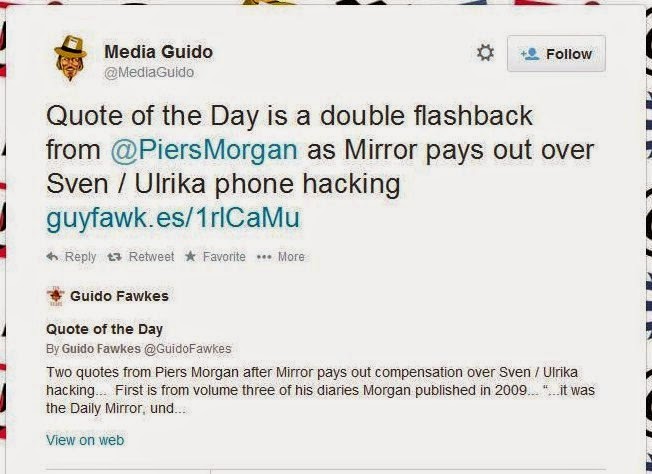 You can read all the detail on Zelo Street (HERE and HERE), the Guardian HERE, and the Independent HERE. Moreover, most of the Mirror hacking is likely to be down to the likes of Dan Evans, and he was at the Sunday title, not the Daily one. On top of that, the Sven’n’Ulrika story broke in April 2002, and Evans did not start with the Sunday Mirror until “late” that year.

This inability to distinguish between arse and elbow will come as no surprise to anyone: following their cock-up over Sven’n’Ulrika, the Fawkes rabble tried to pin the hacking of Heather Mills onto Morgan, despite the most likely time it happened being a year after he left the editor’s chair at the Daily Mirror. When it comes to assembling a few of those pesky facts, The Great Guido is soon all at sea.

A whole day just to open mouth and insert foot. Another fine mess, once again.
Posted by Tim Fenton at 17:27

You really are an old fool.

Mirror hasn't paid out to Sven because they got the story from someone else you utter idiot.

We'll cover this at length in due course.

One thing is for sure, we're better informed about this than you flicking through yellowing back issues of the Gnome's organ.

I take it this is Master Cole, as The Great Guido would not lower himself to stop by and comment when he has a chap to do that sort of thing for him.

By all means get on with covering at length. If it's as pisspoor as the other attempts you've made to get your heads round the subject, we'll be in for a good laugh.

Wasn't Piers editor of the News of the world at one point?