The Daily Mail was aghast: “Surge in support for independence sparks 'great deal of concern' in Buckingham Palace amid fears over Queen's role in a separate Scotland” it reported earlier. How could the Royal Family fight back? Simples: by timing another Royal baby announcement to perfection. The news of the Duchess of Cambridge’s pregnancy knocked Alec Salmond off the BBC’s top spot immediately. 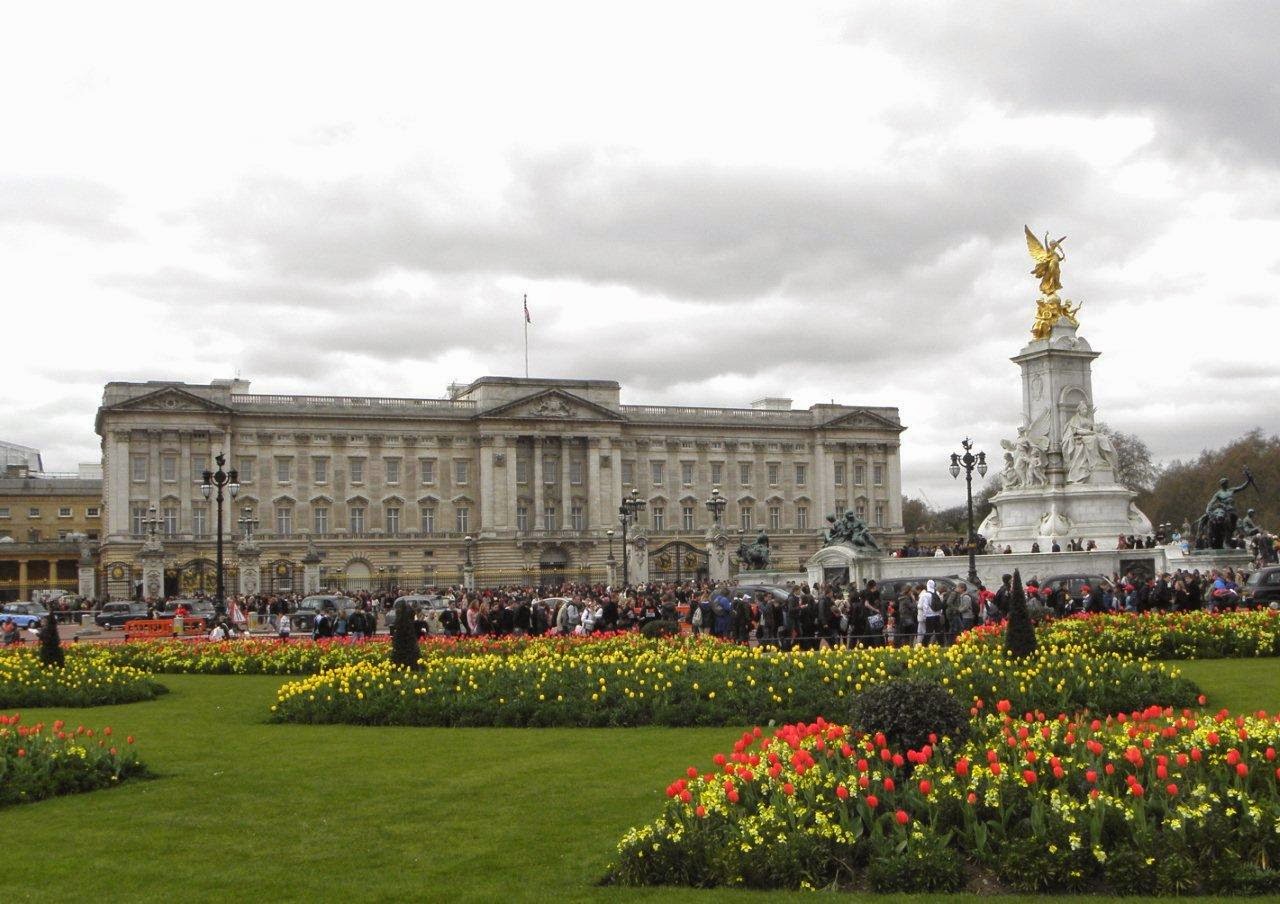 The Mail went further – some may think too far – as it dutifully told that “Kate Middleton being treated for acute morning sickness which can leave sufferers dangerously dehydrated and vomiting up to 30 times a day”. Thank you, I already settled my lunch, and SHE’S NO LONGER CALLED KATE BLOODY MIDDLETON. She got married in April 2011, or did someone at the Mail forget?

But over at the Telegraph, they knew what this news really meant, and Rupert Myers was first out of the blocks with “The Yes campaign’s poll bump is likely to be erased by the Duchess of Cambridge’s actual bump”. He was soon followed by James Kirkup asking “Scottish independence: Can a royal baby save the Union?”. Then came Olivia Goldhill to speculate yet further. 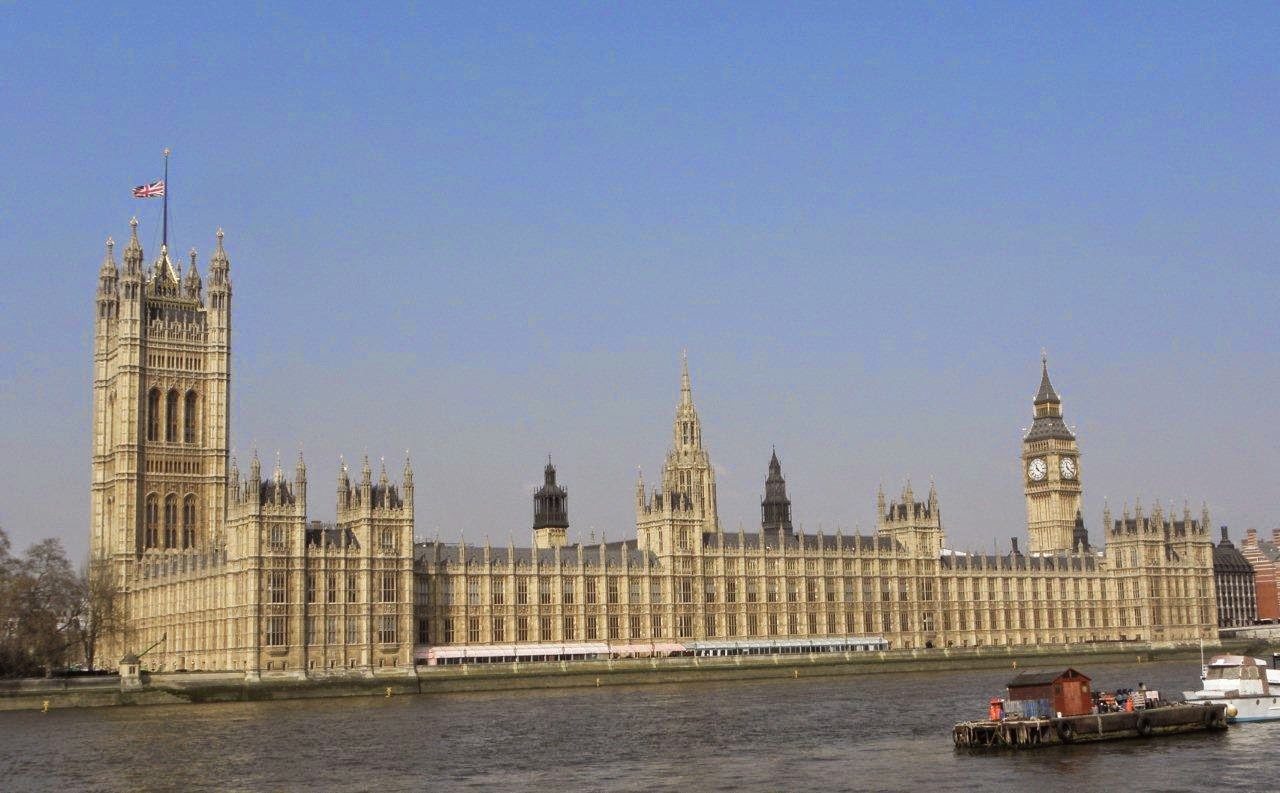 “Kate Middleton pregnant: Could Scottish royal baby fever keep the union together?” SHE’S STILL NOT CALLED KATE MIDDLETON. Go on, what’s the clinching argument? “Kate and William met at a Scottish university, visited Scotland in May and have their own Scottish titles”. As if that’s going to convince yer average voter in  the forgotten high-rise social housing of Glasgow or Dundee.

But Melanie McDonagh, over at Spectator blogs, was convinced: “a new baby in prospect for the Cambridges and a PR stroke of genius for the Unionists – because we know, don’t we, that the entire Royal Family is squarely behind the Union and would simply hate for the monarch to have to negotiate a border the way James I et al had to”. For you Scots readers, she means James VI. 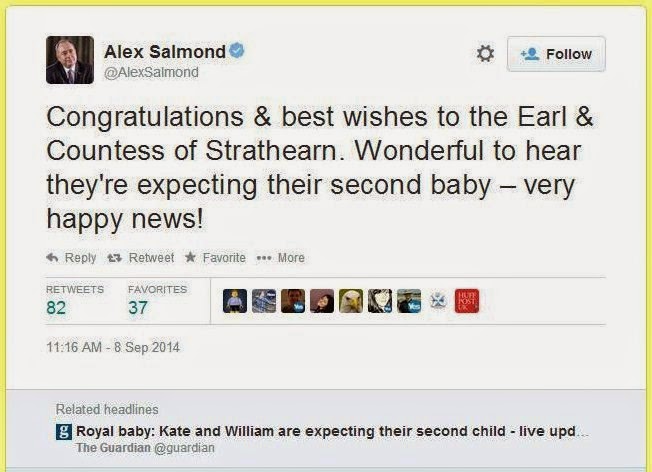 ... while he's just pretending to be happy

Whichever numerals you use, though, James is the hot tip for the new arrival’s name if the baby is a boy. We know this as the Mirror has been consulting the bookies, not that this means the hacks have been betting already, you understand. And, as James was the first Scot to also be King of England, perhaps those who think there is mileage in this for the No campaign have a point.

It certainly concerned Alex Salmond, to the extent of his underscoring the fact that the Cambridges also have Scots titles: “Congratulations and best wishes to the Earl and Countess of Strathearn. Wonderful to hear they’re expecting their second baby – very happy news!” he Tweeted, in a clear attempt to get aboard yet another bandwagon. But privately, he won’t be happy at being bumped off the headlines.

Will the Royal baby save the Union? It would make the politicians look a bit sick.
Posted by Tim Fenton at 17:29

It's like Groundhog Day. We had hyperemesis gravidarum shoved down our throats (possibly not the ideal phrase) for weeks last time.
Does the media think we've forgotten?

Nah, the union will be saved by the Scottish electorate with the help of Gordon Brown who still has credibility in
Scotland and still commands respect from many Scots, despite what the Yes team claim(Looking forward to the Yes posters that say something like ' Don't bottle it like Gordon did'). He'll be ridiculed and abused but he's got so used to both of these things now and is unlikely to let them interfere with his genuine passion for the preservation of the union. I wouldn't underestimate him. No sir, I would not.