There is no finer example of grovelling as a means of career advancement than the rise of the serially clueless Tim Montgomerie, formerly of Conservative Home, through the ranks at the allegedly upmarket Times, which, since Creepy Uncle Rupe got his hands on it all those years ago, has ceased to be a paper of record. To this can now be added a streak of ungratefulness. 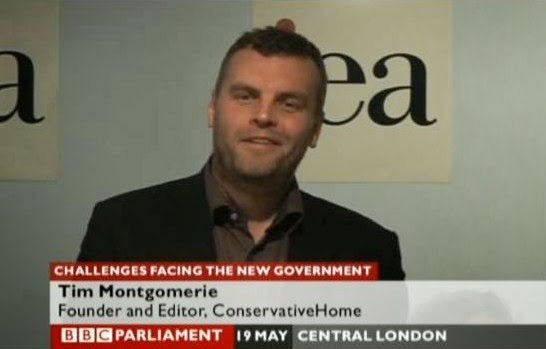 Monty made his name in both the right and wrong ways when he told, in a piece for Comment Is Free, that “Rupert Murdoch has been an overwhelming force for good in this country's life and politics”, which was bullshit, but at least it was career-enhancing bullshit: before long, Monty had been plucked from ConHome and made Comment Editor of the Times.

In the same piece, he opined that Phonehackgate was “a desperate attempt by Labour to get revenge for the ousting of Damian McBride who, while working in Downing Street, conspired to circulate false smears against Conservative politicians. The Labour machine's attempt to drag others into the gutter with Team Brown is as ugly as it is transparent”. This was bullshit, full stop. 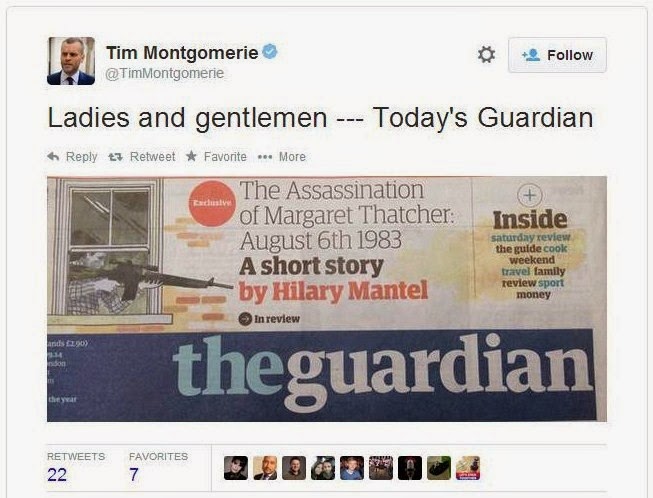 But the Guardian willingly and tolerantly gave Monty a platform for his opinion pieces (see also HERE, HERE and HERE), contrary to the right-wing meme that holds, generally, that the paper is a hotbed of rotten lefties. This, though, counted for nothing as Montgomerie, now raised to the giddy heights of leader writer, put the boot into Alan Rusbridger and his team over today’s paper. 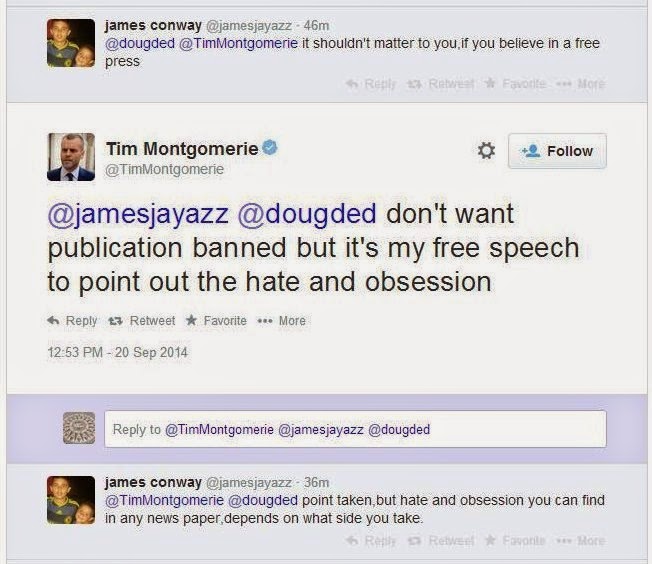 “Ladies and Gentlemen – Today’s Guardian” he told. With a short story by Hilary Mantel (that means someone who is fair game for a kicking, as pioneered by the Mail) about someone assassinating Mrs T. An alternate reality for recent history, and remember, someone did try to kill her. But all context is forgotten: this is a mission to get payback on the paper that did for the Screws (allegedly). 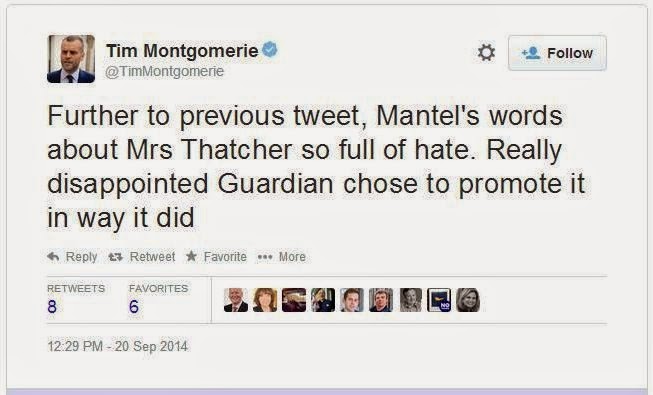 “[I] don’t want [the] publication banned but it’s my free speech to point out the hate and obsession” he told in explanation. It’s fiction, Monty, nothing more. But he was off in full Murdoch-grovel mode: “Further to previous Tweet, Mantel’s words about Mrs Thatcher so full of hate. Really disappointed Guardian chose to promote it in way it did”. He truly hates the gratuitous kicking he’s dishing out. 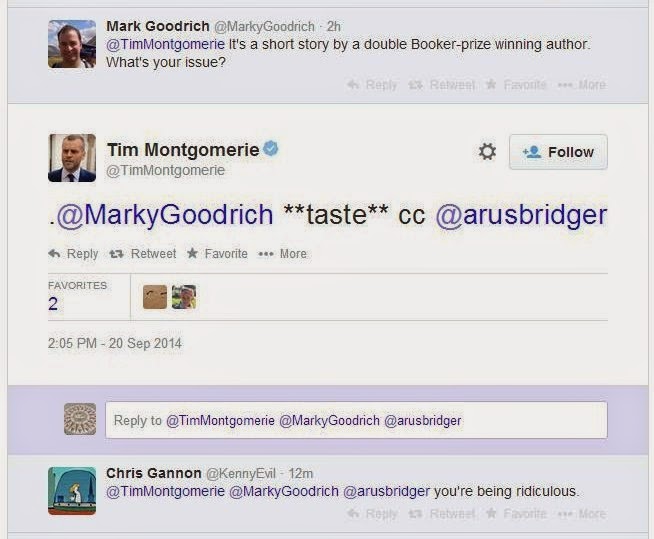 In any case, undecided people, it’s about “taste”, and not, as might be thought by some, that Monty wouldn’t have said boo if the subject had been a Labour politician. It’s fiction, and from an award-winning author. But that does not get in the way of Monty hearing His Master’s Voice and laying into the paper that gave him a platform when he was rather less well known.

What profit a pundit that he gain the Rupegeld, and lose his soul?
Posted by Tim Fenton at 15:26

How does he feel about La Mensch pontificating for The Sun or even Dan Hodges who "contributes" to the Telegraph?

Now we wouldn't want those publications banned but Zelo Street does a fair job pointing out the hate and obsession(s) shown by the above and especially by Mensch for The Guardian.

It's just the normal hypocrisy of a politician before an election after which there will be a speech about uniting the nation before getting around to doing the opposite "having won a mandate to do so" a la Thatcher.

I think Montgomerie needs to get a grip on the definition of fiction: imaginary, the bleeding obvious.