The supposedly new and allegedly independent press regulator the Independent Press Standards Organisation (IPSO) launches today, with chairman Alan Moses being sent out to do the rounds of the radio and TV studios and tell a stubbornly sceptical public that this new and improved offering is not the same old PCC piss in a differently labelled bottle (which, unfortunately for him, it is). 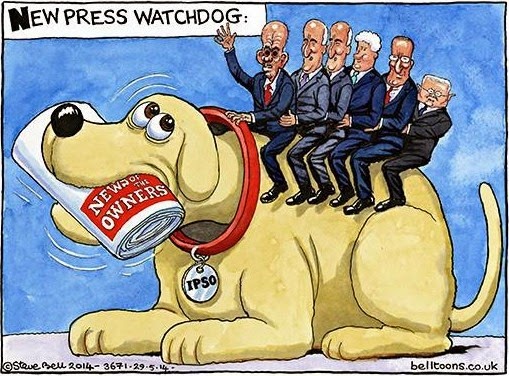 While the former judge has told that he has “had lots of contact with campaigners”, his task has not got off to the best of starts, with the BBC headlining its item “New press self-regulation body 'not a fake', says Ipso chairman”, then going on to tell that “Sir Alan said he understood why campaigners felt the new body was a ‘sham’ but wanted to prove them wrong”.

That he understands may be down to the analysis by the Media Standards Trust which found that, of “38 Leveson recommendations, IPSO satisfies 12, and fails to satisfy 20 ... of the 20 recommendations that IPSO fails, many are key elements of the Leveson system, including independence from industry, access to justice, and complaints”. The press disagree, but have failed to counter the report. 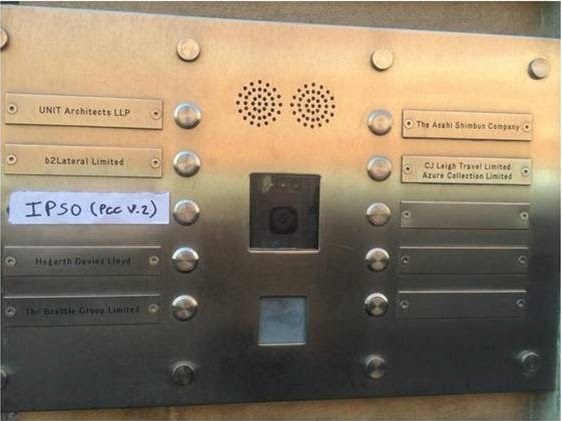 Oh what a giveaway! (Thanks to Hacked Off)

And, although the Daily Mail has dutifully told readers “IPSO, the new Press regulator, begins work today with a commitment to be 'rigorous, independent, fair and transparent' ... It has far tougher rules than the previous regulator, the Press Complaints Commission”, the deeply subversive Guardian, which has declined to sign up to IPSO, has bad news for the new regulator.

“Victims of press intrusion including the sister of murdered schoolgirl Milly Dowler and parents of missing child Madeleine McCann have accused publishers of ‘rejecting due process and the rule of law’ in setting up a new industry regulator ... In a letter to ... Sir Alan Moses, 30 victims of press intrusion said they did not believe it would make any practical difference to those who suffer abuse by newspapers”. 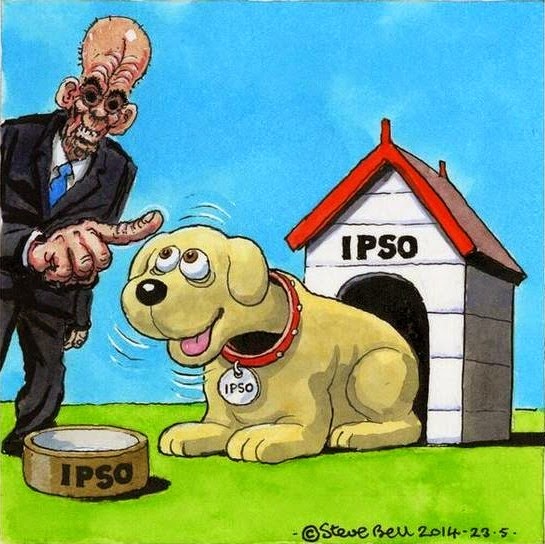 That, put directly, is the problem for Alan Moses as he attempts to persuade the wider public that IPSO will bring any significant change from the PCC, which deflected complaints in their thousands, allowed the press their own facts so they could rebut yet more complaints, and sanctioned flat-out lying by pundits on the grounds that “it was a comment piece and they did it for effect”.

Joan Smith of Hacked Off has concluded “Neither we, nor victims of press abuse, nor the wider public will accept a sham regulator that fails to meet the Leveson criteria of independence and effectiveness”. She might also have added transparency, which has been lost on the Mail, whose IPSO article tells “Sorry we are not currently accepting comments on this article”.

That sums up the press’ attitude. Do as they say, not as they do.
Posted by Tim Fenton at 13:09

Public respond to Moses by buying tablets, and bloggers they trust, rather than newspapers with owners (and editors) they don't?

"A stubbornly sceptical public"
Is there sceptisim though, or is it a case of people just, rightly or wrongly, not even taking any notice and getting on with it.
As I have said previously, the whole thing has been a waste of time and money.