The group which wants to be known as Islamic State has posted another gruesome video, this time claiming to show the murder by beheading of hostage US journalist Steven Sotloff. According to the BBC, the man doing the deed “has a voice with a British accent similar to that of the man who appeared to carry out the beheading of James Foley”. Threats to execute a British hostage were then made. 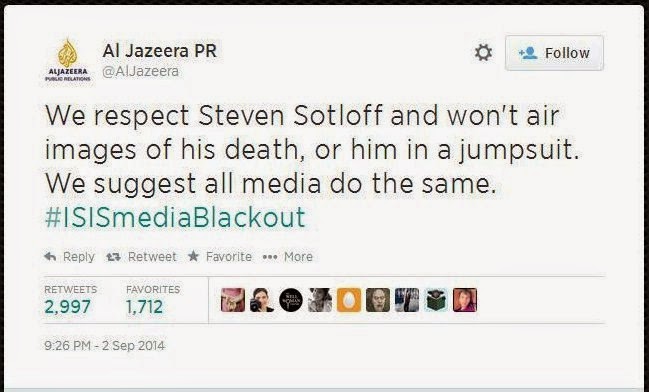 The purpose of posting the video was clear: to provoke the USA into sending ground troops and thereby getting drawn into yet another Middle East conflict. It also showed that recent US airstrikes had hurt ISIS. How to respond? Al-Jazeera hit the right note: “We respect Steven Sotloff and won’t air images of his death, or him in a jumpsuit. We suggest all media do the same”. 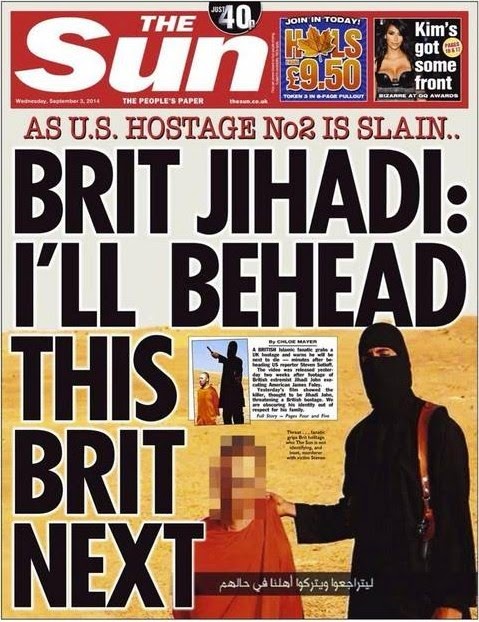 They might as well have pissed into a force 8 gale. Stills from the video have been plastered all over the front pages today, including, to its shame, the Guardian. Only the Independent has avoided the temptation. Typical was the Murdoch Sun, screaming “As US Hostage No2 Is Slain ... Brit Jihadi: I’ll Behead This Brit Next”. As Sir Sean nearly said, I think we got the point. 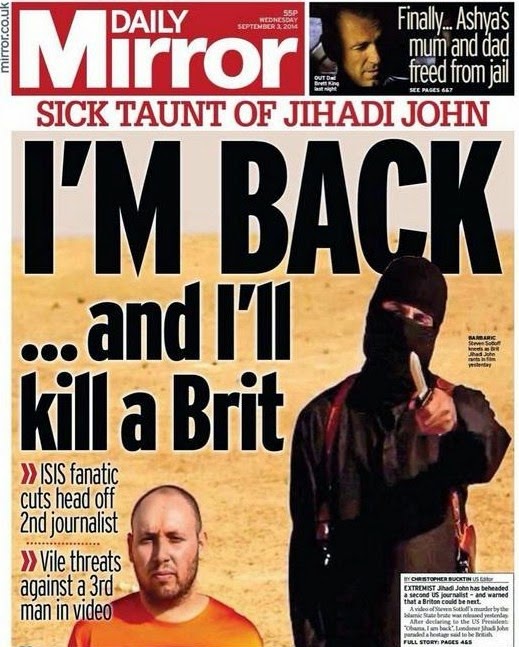 The Mirror was, if anything, yet more graphic, which, given the Sun’s track record, takes some doing. “Sick Taunt Of Jihadi John ... I’M BACK ... and I’ll kill a Brit ... ISIS fanatic cuts head off 2nd journalist ... Vile threats against a 3rd man in video”. Any readers who had problems holding down their Full English this morning have my sympathies. This is really unnecessary. 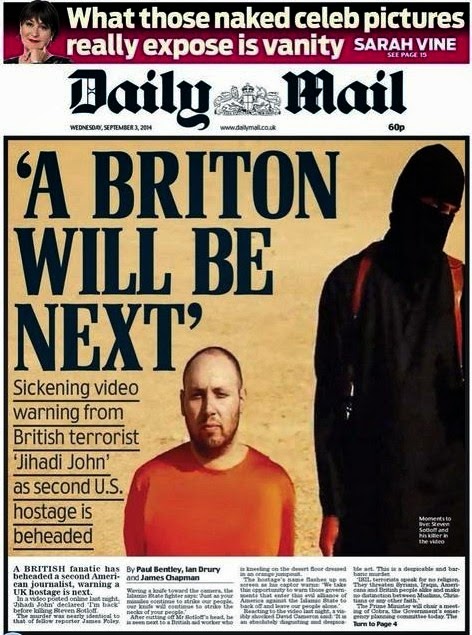 And, as with red tops, so it was with the mid-market titles, the Mail telling “A Briton Will Be Next ... Sickening video warning from British terrorist ‘Jihadi John’ as second US hostage is beheaded”. Yes, Paul Dacre is doing ISIS’ bidding by ratcheting up public outcry: our Government must Do Something. 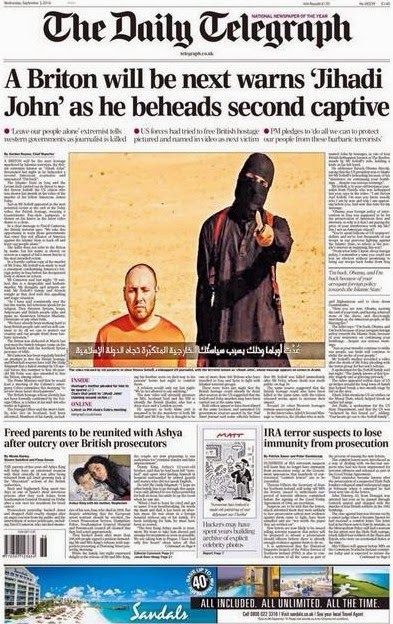 Maybe the qualities will err on the side of respect? You jest. The Maily Telegraph also carried a still from the ISIS video, telling readers “A Briton will be next warns ‘Jihadi John’ as he beheads second captive”. We still don’t know the man’s actual identity. That does not deter the Tel is its drive for sales and clicks. 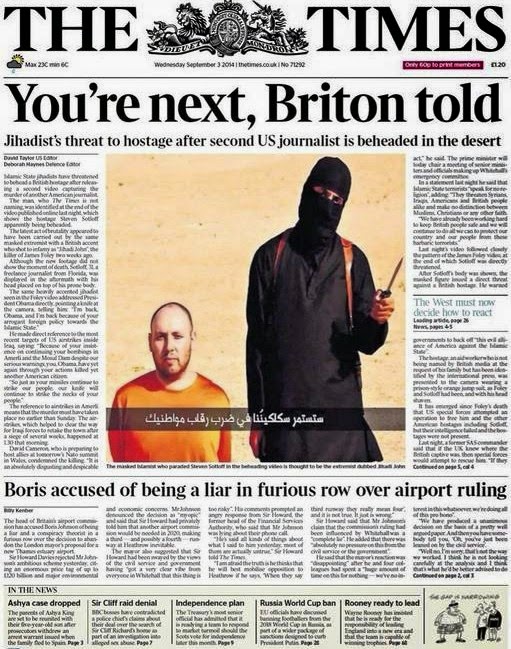 Even the Times, which would never have gone this far in pre-Murdoch days (and nor would it have told readers that a politician had “been accused of being a liar”), splashed a video still on its front page, with the headline “You’re next, Briton told ... Jihadist’s threat to hostage after second US journalist is beheaded in the desert”.

The al-Jazeera call for restraint, to show some respect to Steven Sotloff, and thereby starve ISIS of the publicity they crave, has been ignored in pursuit of flogging more papers. Pundits howling for retaliation have been emboldened. Readers have been frightened. As such, the press has played ISIS’ game. What a bunch of mugs.
Posted by Tim Fenton at 10:56

Was reading an article saying the same thing. The press are pretty much giving them free publicity. This is why I don't read papers or watch the news. I know whats going on in the world. I don't need the hype, scarestories or gruesome inages. Link to article here : http://www.e-ir.info/2012/07/22/terrorism-and-the-media-a-dangerous-symbiosis/