Last year, when the deeply subversive Guardian told the world about the extent of overreach by security agencies on both sides of the North Atlantic, following the information made available by former NSA contractor Edward Snowden, much of the right-leaning part of the Fourth Estate was incandescent with rage. The impression was given that Alan Rusbridger should be taken off in chains to the Tower. 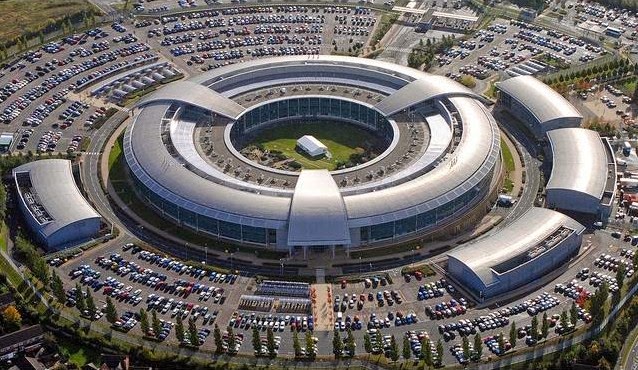 Testing, testing ... I say, do you Sun chappies mind speaking up? We can't quite hear you

Moreover, when the Metropolitan Police decided to investigate, rather than the rest of the press urging restraint, they cheered on the rozzers, although this of course was not in any way connected to Nick Davies’ series of exposes on Phonehackgate. The dangers of some of the provisions within the Regulation of Investigatory Powers (RIPA) Act were highlighted, not that the Guardian’s detractors were for listening. 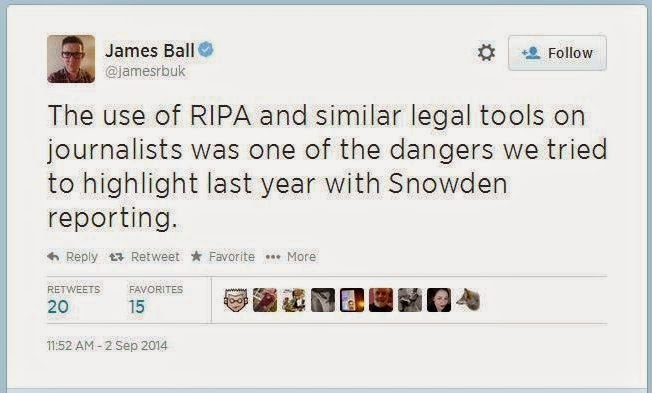 Well, they might not have given the proverbial flying foxtrot then, but they certainly do now, all the way down the press food chain to the Super Soaraway Currant Bun, after the extent of Police surveillance over the Plebgate affair was revealed. The heat was turned up after the Sun’s initial splash, authored by non-bullying Political Editor Tom Newton Dunn, claiming Andrew Mitchell had called Police “plebs”. 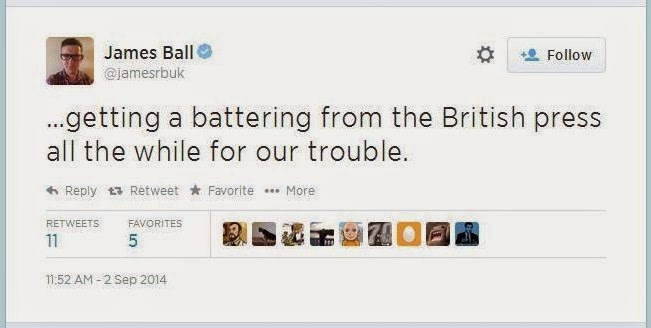 ... but they weren't listening 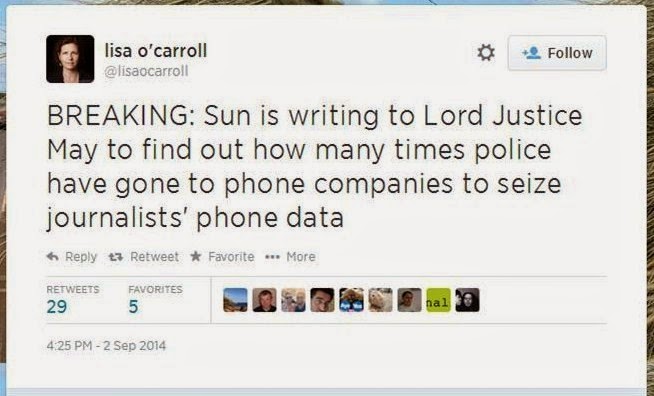 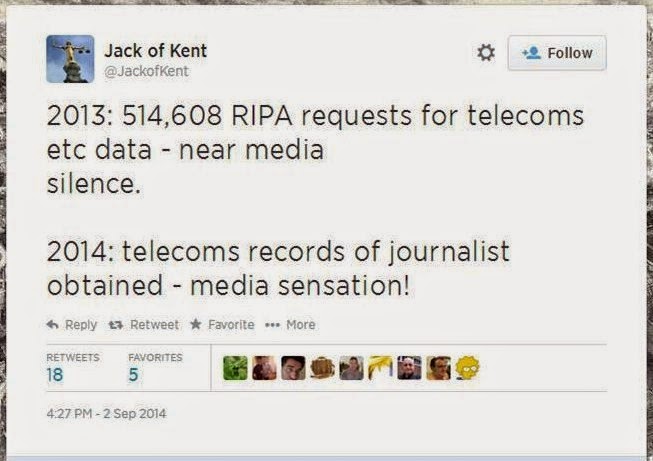 James Ball of the Guardian has recalled how he tried to alert his press colleagues to the dangers inherent in RIPA last year and got nowhere. Jack of Kent has pointed out the scale of RIPA requests – running at 10,000 a week or over half a million a year – but that the press keeps schtum until they are the ones getting snooped on. And in the meantime, three Police officers got sacked. 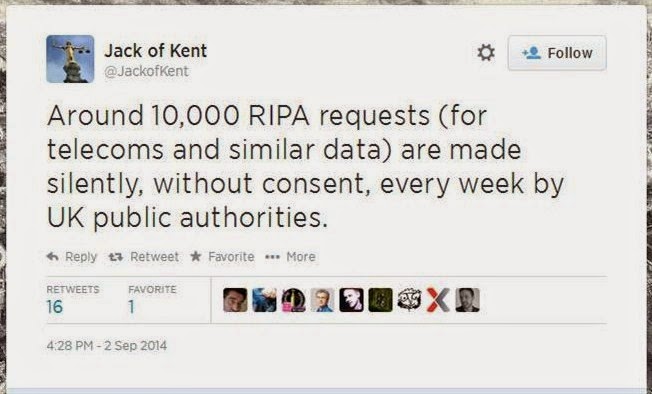 The NUJ is rightly horrified. Bob Satchwell of the Society of Editors is talking about a “Police state”. The CEO of Index on Censorship says “It is a clear abuse of power”. But none of them said a dickybird when Young Dave sent his jolly good spook chaps round to the Guardian last year. It is most instructive to see what happens when the boot is firmly on the other foot. The excuses for that will make interesting reading.

They could always blame Leveson, mind. After all, it had nothing to do with him.
Posted by Tim Fenton at 17:29

Cole over at GF is claiming that the Met getting hold of journo mobile phone records was 'hacking'.

He's not very bright, is he?

To be fair, Index has fighting on this issue for quite some time.

Hopefully the NUJ will now join the Don't Spy On Us campaign.

Isn't there a problem of who decides who is/isn't a bona fide journalist who should be considered above the law as it pertains to the bloke on the Clapham Omnibus?

Apart from the other problem - who do you trust more The Met or "journalists" from the News International stable (has the swamp been cleansed yet)?

It always sad when bedfellows for so long fall out. Hah!