Author Hilary Mantel has won the Man Booker prize twice. She has been made a Dame for services to literature. And she has recently become a favourite target for that part of the press that likes to go into why-oh-why mode as a means of frightening readers (who will generally be upstanding, hard-working and conservative) and thereby boosting sales. 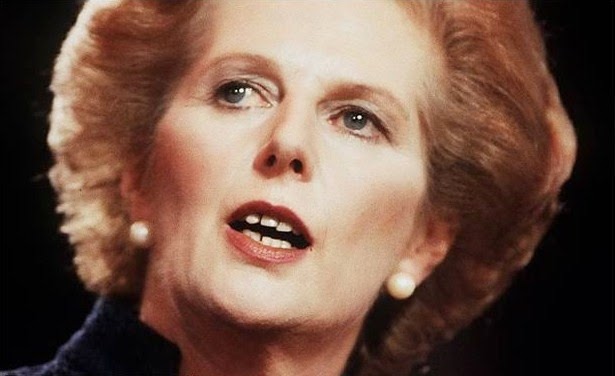 The event that set this process in train was a lecture given at the British Museum, where Ms Mantel talked of how the press gave a particular impression of the Duchess of Cambridge. The conclusion – urging that they shouldn’t be so beastly to Kate – underscored this. But, for the Daily Mail, this was a heaven-sent opportunity to paint the author as a part of the “out of touch metropolitan elite” (tm).

So what Ms Mantel had attributed to the press treatment of the Duchess was asserted to be her own view. Twitter was trawled extensively to find those of like mind. Young Dave allowed himself to be outraged, along with those all-important Daily Mail Readers with whom the legendarily foul mouthed Paul Dacre enjoys his daily “conversation”. It set the template for the future.

And so it came to pass: Ms Mantel has penned a collection of short stories, one of which is an alternative reading of recent history called The Assassination Of Margaret Thatcher – August 6th 1983. It is clearly a work of fiction. Yet the Mail, once again, has exploded in faux outrage, lining up The Usual Suspects to heap condemnation on Ms Mantel – and, of course, the Guardian for publishing it.

The line-up of critics is as predictable as it is laughable: Tim Bell, attempting to occupy the moral high ground despite being caught openly, er, stimulating himself by hand in full view of passers-by, wants the Police to waste their time doing some kind of investigation. Tory MP Conor Burns, a professional nonentity who once met Mrs T, wibbled about “the disordered psyche of some on the left”.

Yes, you don’t like what they say, they must be part of “the left”. Another Tory back bencher destined to remain one, Nadine Dorries, worried that “It is about a character whose demise is so recent”. And the Mail ordered Stephen “Miserable Git” Glover to suggest that Ms Mantel is trying to legitimise assassination of political leaders that “the left” do not like, which she is not.

Glover also dishonestly suggests that “the left” would be in uproar if this kind of thing had been written about the likes of Michael Foot and Tony Benn. He forgets the outpouring of right-wing hatred and bile that accompanied Foot’s death, and was then replicated when Benn passed, which is interesting, because much of the nastiness was in the same paper for which he is now writing.

Now if she had written "The Day of the Jackal" and then disappeared from the UK as a tax exile.......

And then there are those lefties who disparage the friends of Thatcher.

Even today the BBC have had to remove images of a recently departed DJ (probably at the requests of said lefties and Guardianistas who hate the sight of anyone who was on friendly terms with the former PM).

How despicable and OTT is that?

I think Rob's second comment is a joke, though sadly a little too close to genuine right wing victimisation rant for me to be sure.

"It baffles me how a delicate writer like Hilary Mantel"
The Victorian era called. It wants Stephen Glover back.

"Hilary Mantel has done nothing wrong". It can be argued that her short story is in poor taste. There is nothing wrong in writing alternative fantasy fiction. However it is likely that a lot of liberal/left people would have been secretly happy had the IRA bomb in 1984 killed Mrs Thatcher. That is inherently undemocratic and quite appalling really. I never voted for Mrs Thatcher and opposed her outlook and policies but I accepted the fact she was properly elected and should not be removed by cold blooded murderers.