The Guardian, now relaunched in a tabloid format, has appointed a new deputy political editor: step forward Pippa Crerar, formerly of the Evening Standard. This move has not attracted the sneering and whining that might have accompanied Guardian appointments in recent times, but then, Ms Crerar has previous form. As in the kind of previous form that should worry anyone valuing the paper’s commitment to “Liberal Journalism”. 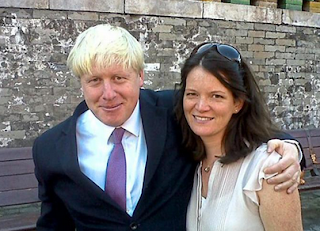 Ms Crerar’s previous form includes a central role in the Standard’s promotion of Tory hopeful Zac Goldsmith in the run-up to the 2016 London Mayoral election, a campaign which was marred by smears, Islamophobia, and the kinds of baseless accusations of terrorist sympathy aimed at Labour’s Sadiq Khan that disgraced the Tory effort. Those smears were encouraged by the Standard - including by Ms Crerar.

Indeed, after Khan gave an interview to Jewish News, London’s only evening paper did some highly selective churning over of the account and came out with the headline “Sadiq Khan: I represented 'unsavoury individuals' when I was a human rights lawyer”. Thus the drip-drip of propaganda to suggest there was something dodgy about the Labour challenger. And whose name was on the by-line? Pippa Crerar.

Compare and contrast with her coverage of the Goldsmith campaign: “Goldsmith may be far in front but his real battle is yet to come … The Tories have a problem. How do you engineer a respectable mayoral contest when one of the candidates, Zac Goldsmith, is so dominant? Since the Tory golden boy burst into the race in June, his party has for the first time looked as if it might have a chance of hanging on to City Hall, when for so long the assumption was that Labour would walk it”. Gush. Simper. Spot the difference.

It was not an isolated example: Standard readers could also read “I'll make housing crisis a priority and give Londoners more power on planning”, more Goldsmith propaganda presented as objective comment, and her report on a Mayoral hustings majored on items such as “Mr Goldsmith pledged to clean up the capital by doubling the number of officers protecting major parks and bringing in a London-wide target for any dumped rubbish to be cleaned up within 24 hours”, while Khan was effectively relegated to a footnote.

Well, Labour’s candidate was only talking about wanting to safeguard 500,000 jobs by ensuring London’s export trade and other businesses continued to flourish, and how could that compete with a promise to recruit more park staff, whose pay would have to come out of, er, ensuring those 500,000 jobs? Compare and contrast once more.

All of which, along with her closeness to former very occasional London Mayor Alexander Boris de Pfeffel Johnson, might have been expected to sound alarm bells anywhere within a five mile radius of Kings Place. Instead, Pippa Crerar has been gifted a job which will cause deep unease anywhere outside the Tory Party.

Of course, if Kath Viner and her team want to hire Ms Crerar, they are free to do so. And they are also free to repent at leisure, should the exercise prove to be a campaign that turns out not necessarily to their advantage. In the meantime, they should not be surprised to find anyone to the left of the Tories having serious misgivings about this appointment.

After all, you wouldn’t expect pro-Tory smear merchants to be welcome at the Guardian.
Posted by Tim Fenton at 16:19

More of this please, Tim. A general drift in the nature of a daily is not that easy to notice but the appointment of someone like this certainly is. There has been an obvious suppression of criticism of the new format and printing standards on the letters page and that, in itself, seems to indicate a compromising of standards of openness and honesty.
You will no doubt get the inevitable phlegm-flecked diatribe ranting that they're all the same, what difference does it make, gobshite tory Guardian vermin, Scott Trust= The Illuminati etc but the saner among us probably realise that the Graun is unique in the UK press set-up and needs protecting. Kath Viner needs to attempt to justify this appointment now.

One day the penny will drop with you, Tim:

The Grauniad hasn't been "liberal" for years, very occasional article aside.

One example of its swing to the right - see Toynbee's disgusting attacks on Corbyn during the leadership contest. She was even worse in broadcast media. Virtually all of the rest are little different.

It transpires Viner is as big a shithouse sell-out as any other Blairite. Probably a plant too.

Viner was voted in by Grauniad journos.

What does that tell you about THEM?

A recent editorial in the dear old Grauniad had testosterone spelt as testerone!

One wonders if the editor can actually spell or use a spillchucker sorry spellchecker.

Standards are falling in ALL newspapers as costs are cuts by getting rid of staff i.e. subeditors.

I must say, I had never heard of her before the squarkbox article and then your blog post but reading through her twitter posts and some of the “journalists” that are congratulating her starts to ring alarm bells. Inane Dale, Fraser Nelson and some Sun journos.
Was close of cancelling my subscription but decided to write an email and wait for a response.