The styling of Peter McKay by Private Eye as Peter McHackey and then Peter McLie, the “World’s Worst Columnist”, no doubt had its genesis in McKay being sacked by Ian Hislop, one of his first editorial decisions, along with the dismissal of Nigel Dempster (later nicknamed “Pratt-Dumpster”). But McKay has done his best to justify the title, as his latest column shows. 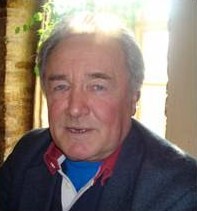 McHackey writes most of what appears under the pseudonym Ephraim Hardcastle. This is, generally, a series of short items sniping about those people and institutions that do not conform to the dictates of the legendarily foul mouthed Paul Dacre. There are many mentions of the BBC, the EU, any politician other than those approved members of the Tory Party and UKIP, and slebs who dare to criticise the Mail.

So today’s lead item, “The love affair between the EU and the Beeb remains strong”, should surprise nobody, especially as it kicks two Dacre demons at once. McKay takes one instance of someone who used to work at the BBC, and when made redundant got a job working for the EU, and concludes that this proves that the two bodies are “well disposed to each other”.

This is, not surprisingly, weapons grade bullshit. The BBC was also home to one Guto Harri, who followed his career there with a spell as spinmeister to London’s occasional Mayor Alexander Boris de Pfeffel Johnson, who was a Tory the last time I checked. Likewise, when Young Dave needed to replace Andy Coulson, he too looked to the Corporation, hiring Craig Oliver.

Oliver had been editor of the BBC1 early evening news. That would be the kind of programme whined about ad infinitum, and indeed ad nauseam, by Dacre and his obedient underlings – and by the Tories. McHackey gets two things wrong – first, by his logic, the Tory Party and the BBC must be very well disposed to each other, and media people going from one media job to another doesn’t mean the organisations concerned are like minded. It’s a skills transfer thing.

And if that isn’t sufficient idiocy, McKay signs off by sneering at Tom Stoppard, who recently adapted Ford Madox Ford’s series of novels Parade’s End for the hated BBC. This is held to have had a “lukewarm reception”. Parade’s End has been almost rapturously received, the plaudits coming not least for Stoppard’s adaptation. Christ on a bike, McKay can’t even put the boot in without inserting it in his mouth.

He still is the World’s Worst Columnist.
Posted by Tim Fenton at 11:02

And last time I looked, Tom Stoppard was a (very intelligent) Tory, too

Intelligent Tory is an oxymoron

Indeed, much of the praise is that Stoppard has managed to create something long thought lost... a sympathetic Tory character.

I knew Peter during our brief stints at Punch in 1996. Swell guy.