The row now known as Gategate rumbles on, much to the irritation of Young Dave, who thought he had drawn the proverbial line under it, only to discover he hadn’t, thus making him look, well, like an out-of-touch posh boy for not understanding that both Police and general public do not take kindly to those who verbally abuse the cops while their pals call for the arrest of those who, er, verbally abuse the cops. 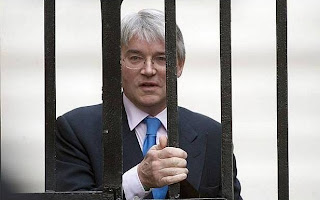 Andrew Mitchell has apologised for his rant at the officer who declined to open the gates at the end of Downing Street just so he could ride his bicycle through them without the inconvenience of dismounting and using the side gate. But he has also changed his story, never a good thing in these matters: first he hadn’t sworn, but then “a friend” (that means him really) admitted he had.

But, he maintains, he never called anyone a “pleb”. This, not surprisingly, does not tally with the supposedly “official” report from the officers who were on duty at the time, which by the most miraculous of coincidences has found its way to the Super Soaraway Currant Bun, much to the annoyance of the legendarily foul mouthed Paul Dacre, who will be expecting the Mail’s finest to match that for tomorrow’s paper.

So the Fourth Estate is on his case, but making matters much, much worse is the foot-in-mouth defence being mounted by those who support him. Pride of place here goes to a singularly ill-advised intervention by Tim Montgomerie on ConHome, where he more or less confirms that Mitchell is just as big a total and unreconstructed bully as his opponents say.

“Andrew Mitchell may be a bruiser but let's not forget that the Police Federation has an agenda” asserts Monty. Yes, the Police Federation does indeed have an agenda – sticking up for its members who routinely have to put up with abuse from those among the public who should know better, like Andrew Mitchell. Nowt gets past Monty. But he then drops the Chief Whip in the mire in short order.

“He's a bruiser who sometimes winds people up the wrong way ... He was pretty brutal to me at times but it was always because he cared” he continues. This is like a Piranha Brothers re-make, isn’t it? “He was a cruel man ... cruel but fair”. Indeed, Matthew d’Ancona at the Telegraph manages a little Python quotation himself, while pretending that Mitchell is “a decent man” who couldn’t possibly have said “pleb”.

What the parade of right-leaning apologists cannot get into their heads is articulated by the folks at PR Week, where Matt Cartmell has put them straight: his media handling has been “a disaster”. Mitchell has to confront the row over his alleged use of “pleb”. And the Tory Party needs to stop the likes of “Shagger” Mellor making matters worse by smearing the Met with suggestions that the Sun paid them.

Someone who knows his PR should have closed this down by now. Dave? Dave??

[UPDATE 25 September 1450 hours: the Maily Telegraph was first with the complete Police log of the Mitchell swearie, which they have had no hesitation in publishing today. There has been more of that subtle damnation, this time from full-time Tel pundit and occasional London Mayor Alexander Boris de Pfeffel Johnson, who still says that swearing at cops should get the culprits arrested, but that Mitchell is OK because he apologised and there wasn't a complaint. Not yet, perhaps.

However, "The Mole" in The Week asserts plainly that Mitchell is a "dead man walking", and that "he may not lose his job, but he is finished". Ominously, a ministerial colleague is quoted anonymously as asserting that Mitchell "is a nasty piece of work ... and he's disliked right across the party at Westminster", which is code for "Cameron won't sack him? Let's push him a little harder". In the circumstances, Mitchell would be doing everyone in the Tory Party a favour if he falls on his sword - and soon]
Posted by Tim Fenton at 10:54