There had to be a follow-up on our new Lookalike series, and here it is. Once again, we see the similarity between someone who likes to take themselves very seriously indeed, and who isn’t taken at all seriously by most other people, and someone who is equally pretentious, but is also a figure of fun. One is apparently real, while one certainly isn’t. 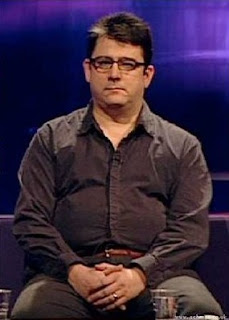 So who’s in the frame today? Well, if we’re going to take the e-cattle prod to the gofers at the Guido Fawkes blog, we might as well give the boss himself a nudge, especially given his admiration for Steve Hilton. The perpetually thirsty Paul Staines looks rather serious here, what with that difficulty in holding all those bellies in. Five? Seven? As Harry might have said, I sort of lost count in all the excitement. 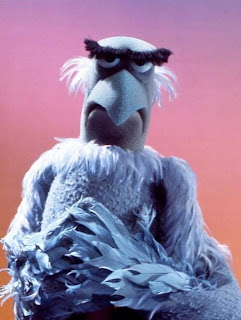 I mean, who could possibly look that serious while holding that pose and having that earthbound rotundity? Well, well. I always thought that The Great Guido was a bit of a Muppet, and now I know for certain.

Not that I’m suggesting that Sam likes the occasional root beer, you understand.
Posted by Tim Fenton at 18:29