So the much trailed Government reshuffle didn’t happen – at least not yet. This means that, in the absence of any real news, there has to be speculation and punditry to fill the vacuum. For those of a right-leaning persuasion, this means projecting their wish lists onto Young Dave, and when they don’t get what they want, making sure they remind him whenever his actual picks have a problem. 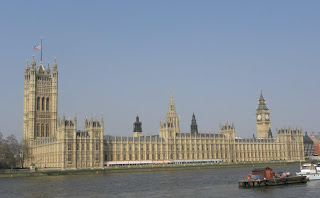 Iain Martin’s wish list includes getting rid of Sayeeda Warsi from the Tory Party chair, not that he or anyone else has anything against women, or, well, y’know, northern women who are, sort of, er, Muslims. Thought never entered their heads, guvnor. Who would he choose to replace her? Martin would seriously consider Peepel like Michael Howard. God help the Tory Party.

Binning Sayeeda Warsi would be a seriously bad move for the Tories, but then, I’d rather they get shot out of office next time round, so no problem guys – you get Dave to go ahead and sack her. Make policy at the whim of Quentin Letts, Benedict Brogan, “Lunchtime” O’Flynn, and of course the less than dynamic duo of the perpetually thirsty Paul Staines and his odious tame gofer Henry Cole.

And if Iain Martin leads with an idea, the Telegraph’s political staff cannot be far behind. “Deputy Political Editor” James Kirkup tells of “Tory MPs hoping for rise of the right”, and that the reshuffle could happen “as soon as tomorrow”, so managing not to notice that the deed was supposed to have been done at the weekend. So who will be getting the summons to step up?

For a paper like the Tel, normally well-informed on Tory Party matters, Kirkup is hedging surprisingly well: “a number of leading right-wing conservatives are being tipped for promotion”. Like who? Well, possibly Chris Grayling and Owen Paterson. But not definitely. Likewise, Michael Fallon and Mark Francois “could be” promoted, and Andrew Mitchell “may become” chief whip.

But anyone can see it’s a right wing wish list because it almost slavers at the prospect of getting rid of Ken Clarke. The reasons for that action are, more or less, that Ken is insufficiently anti-EU, and that, at the age of 72, he’s, well, dead old (although he still has four more years to go before reaching the age at which Winshton returned to 10 Downing Street in 1951).

Strangely, one voice talking a modicum of sense on the reshuffle business is (yes, it’s her again) Nadine Dorries, who says the process “will create more enemies for Cameron among the overlooked. It won’t achieve much else”. This is dead right in the longer term, but then the fragrant Nadine won’t be getting that call, and I do wonder who the “Michael” is that she mentions.

No, musical chairs will not save this Government. But it keeps the hacks busy.
Posted by Tim Fenton at 17:19

Wouldn't it be funny if he did give Nad a job though? Schaps' one, for example? She could hardly be worse, and then Boris would have one less cheerleader.