The right-leaning part of our free and fearless press has tried its best to capitalise on yesterday’s lame attack by the Murdoch goons at the Super Soaraway Currant Bun, which pretended that Labour leader Jeremy Corbyn had been some kind of Eastern Bloc go-between in the late 1980s. That this was a shameless pack of lies, backed up by an “expert” whose work has been widely discredited, was not allowed to enter. 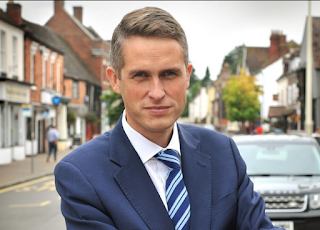 So today we have had Jezza passing someone an old copy of the Sunday People inflated into “Mr Corbyn allegedly provided the spies with material about the arrest of an East German” by the Mail. But then the Dacre doggies spray their credibility up the wall by telling readers “Czechoslovakia, which at the time was a puppet state of President Gorbachev's USSR”. The same Gorbachev that Mrs T “could do business with”.

The inmates of the Baby Shard bunker tried “‘BETRAYING HIS COUNTRY’ Jeremy Corbyn ‘cannot be trusted’ says Defence Secretary after Sun reveals he met Communist spy in Parliament at the height of the Cold War”. That’s the same Defence Secretary - Gavin Williamson, aka Private Pike - who just agreed to host dinner for the wife of a former Russian finance minister - someone with impeccable Putin connections.

And while we’re on the subject of the Tories and Russian connections, let’s not forget “An interpreter who visited 10 Downing Street in July has been arrested in Ukraine on suspicion of spying for Russia … Stanislav Yezhov - an interpreter for the Ukrainian cabinet - was detained by the country's police today … In a shocking Facebook post, Ukraine's prime minister Volodymyr Groysman said that Yezhov had 'long been working in the interests of a hostile government’”. Is there more? As if you need to ask. 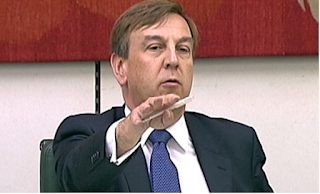 What could be worse than a back bench Labour MP having a cup of tea with someone from an Eastern Bloc country? How about “Minister and the mysterious beauty from Belorussia with love: How Whittingdale enjoyed an intimate relationship with the daughter of a USSR military officer”. Forgotten about John Whittingdale? I haven’t. The Mail admitted “John Whittingdale's fondness for ex-Soviet states extends beyond politics”.

And yet worse: as the Independent told back in 2009, when the Cameron Tories were trying to cosy up to the Murdoch mafiosi, “In those days, Murdoch had more time for John Whittingdale, the Tory chairman of the Commons committee on culture and media, who had worked for Margaret Thatcher in Downing Street, than for anyone in Cameron's shadow cabinet”. Why might that have been?

We won’t be getting an answer to that, as the Sun wants us to “look over there”: “Jeremy Corbyn has shown shocking judgment in ‘briefing’ a Soviet spy - and he cannot be allowed the keys to No10”. He didn’t brief anyone. And, as to “Let's have his answers at last and let's see what's in his still-closed Stazi file”, Jezza answers to the electorate, not the Murdoch goons. Who would improve their credibility by spelling Stasi properly.

The Tory-supporting press has no room to call out Jeremy Corbyn for anything in his past. Worse, their favourites really do have “questions to answer” about what they are up to right now - and they are the ones in power. This story is just another failed Dead Cat.

Same old tedious Russophobic bullshit. Precisely the same lying garbage that led to Germanphobia and the First World War. Except the Russians were allies then - at least until 1917 when they were invaded by their former, er, allies......who wanted to restore the monarchy the Russian people hated.

So there's nothing new about this muck. It was even tried on dear old Harold Wilson(!), for details of which see Smear! by Stephen Dorril and Robin Ramsay (Grafton, 1992). Plus any Labour politician or union member who communicated with anyone from the old Soviet bloc. Manufactured "red scares" date back even further to the era of the forged Zinoviev Letter.

Oh yes, the British establishment and its lying clerks have sordid, murderous form all right.

Needless to say, the Yanks are even worse. Insane even.

John Lennon had it spot on when he said we're governed by homicidal maniacs.

would now be a good time to mention Rothermeres links to Hitler and nazi spy Stephanie von Hohenlohe?