Many have paid tribute to the memory of Muhammad Ali, who has passed at the age of 74, after a long and debilitating struggle with the ravages of Parkinson’s Disease. Many who never knew him, never had even a passing interest in the sport that first made him famous, many who have no interest in religion, or even the USA, have mourned his passing. Some, though, might ask what his actions, so far away across the world, did for them. 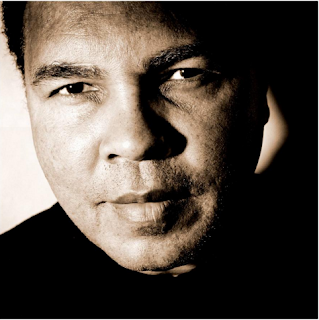 Pause for a moment and allow me to illustrate just one action Ali took, one stand he made, that improved the lives of so many people all around that world, and that showed the effect he had on all of us. That action, that stand, was Ali’s refusal to be drafted into the US military and sent to Vietnam. He took that stand, knowing full well what the consequences would be. It cost him dear. But it shone a light on a conflict that blighted his country.

The war in Vietnam was all-consuming: it consumed the country on whose soil it was fought, and spilled over into Cambodia and Laos. It consumed enormous amounts of military hardware and ordnance. It ate up and spat out the reputation of one of the USA’s most notable 20th Century Presidents. And it consumed the lives of poor Americans, whatever their race or religion, in the thousands.

For African-Americans, the Voting Rights Act of 1965 gave hope, banished the Jim Crow denial of democracy. Now, with the spectre of Vietnam hanging over them, they could see progress being reversed. When Ali took his stand, he assumed leadership of that group whose voice was being ignored. The establishment backlash came swiftly.

There was good reason for the story to be framed to portray Ali as The Bad Guy. The war was not going well. Lyndon Johnson was looking to persuade unwilling allies to commit not just words, but manpower, to Vietnam. The last thing he needed was a popular uprising against that war. But only after Ali took his stand did that uprising take hold.

Britain remained unpersuaded by Johnson’s entreaties, thus keeping our armed forces from being sucked into the deepening morass. Actors, business leaders, academics, other athletes, all registered their unease. And then Eugene McCarthy took up the challenge of Ali’s dissent, entering the contest for the Democratic Party nomination for the 1968 Presidential Election on an anti-war platform. Johnson withdrew soon afterwards.

The Vietnam conflict raged on for some years afterwards, but the American people now no longer automatically believed that their Government was right when it went to war. For Ali, being right brought a period in the wilderness and a long fight back. But it cemented his reputation as a champion of the ordinary, the dispossessed, the poor, the downtrodden. It was a mark of leadership when so few in his country had the courage to lead.

Whatever you remember Muhammad Ali for, do not forget his stand on Vietnam.
Posted by Tim Fenton at 16:31

But can you confirm "It ate up and spat out the reputation of one of the USA’s most notable 20th Century Presidents"? Which one was it in your opinion? Truman? Eisenhower? Kennedy? Johnson? Nixon? - And exactly what was "notable" about any of them?

After all, the Vietnamese fight for independence lasted almost 45 years, most of it concentrated in the period 1945-1975. The Americans were involved for all of that period when initially they financed and armed the French until their defeat in the mid 50s. At which point they took over and invaded and mass murdered well over two million Vietnamese - the same action they took in the earlier "police action" in Korea. Graham Green even got two novels out of the tragedy.

Britain was involved for six months just after WW2 but came out when finances dried up, as they did in Greece. But that didn't prevent British military support of the invasion of Korea following Truman's Declaration of Cold War.

One of the few profoundly good things the Wilson Labour governments did was stay out of Vietnam. Which is why the US and British establishments hated him with a vengeance. Compare, then, the Blair New Labour-Cameron gangs and their murderous, corrupt and totally immoral invasions of the Middle East.

Muhamad Ali was an exceptional man of conscience and his memory ought to be treasured for it.......As for those who tried (and failed) to bring him down and smear him - they aren't fit to lick the memory of the man's shoes.

Did he die of Parkinson's Disease or, as his doctor stated decades ago after examining scans of Ali's brain, that he had Parkinson's symptoms? This ain't just semantics, the former is a disease, the latter, in Ali's case, was the direct result of having had hid head battered by extremely powerful boxers for about 20 years. Punch drunk it was once called but that sounds a bit unpleasant doesn't it? Let's call it Parkinson's Disease instead which, as any fule kno, can happen to all of us.