Author and campaigner Christian Wolmar has come hot foot from challenging for the Labour nomination for the London Mayoralty to the subject of how we get around our towns and cities without resorting to use of the motor car - which does tend to clog them up rather - and in the process has observed, correctly, that the abandonment of city tram networks was a loss that we could have done without. 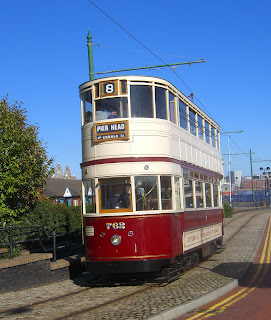 A 1930s tramcar: Liverpool 762 is preserved at Birkenhead

Wolmar set out his thoughts in a Guardian article titled “In praise of the tram: how a love of cars killed the workers' transport system”. However, his reasoning misses the stark economic reality that many local authorities had to confront, especially in the years following World War 2, as well as the lack of support for light rail technology in the UK (all new trams come from mainland Europe nowadays).

Even in the last days of tram operation in the 1950s, most of the population did not have access to a car. Therefore the concept of the public being prepared to use trams rather than rely on their own transport did not enter; they had to take whatever was on offer. This was realised by Stuart Pilcher, who was in charge of the Manchester network in the late 20s and 30s. He showed that buses could replace trams, and at a lower cost. 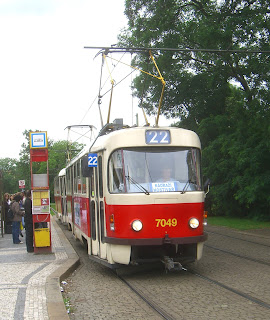 This was at the time when much of the tram infrastructure was wearing out: even though some cities introduced more modern trams and extended their networks during the 1930s, others, primarily London, began the process of abandonment. Had the war not intervened, the London system would have closed a lot earlier than 1952.

At the time London sold its surviving Feltham bogie trams to Leeds in 1950, one observer conceded that not only was the £500 cost for each tram a bargain, but that all-new ones would have cost at least £7,000. A bus could be had for around £4,000. Local authorities were as careful with public funds as today. And that was before the investment in tracks, and overhead wires. It was a huge potential expense for big cities. 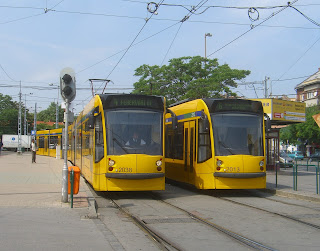 Liverpool, where new trams were introduced in perhaps the largest numbers in the 1930s, had around 370 modern tramcars. But to replace the rest of the fleet in the post-war years would have needed between 450 and 500 more. Do the math, as they say: a cost differential approaching £1.5 million was difficult to justify. That is why, in the aftermath of the war, the decision was reluctantly taken to abandon the Liverpool system.

On top of that was the almost complete absence of the new technology that had been employed in the USA and mainland Europe. No UK tram operator introduced the kind of articulated tramcars built by firms like Düwag and Schindler. No UK operator introduced a tram with North American PCC technology (many in Europe did - den Haag, Brussels, Rome, Madrid and Barcelona among the adoptees).

Yes, abandoning trams was short-sighted, but local authorities had to deal with where they were at the time, not where they might be decades in the future. Those taking the decisions had books to balance, not a crystal ball to scan. The reality was that buses were cheaper to buy and operate, while nobody wanted to build new trams - nor buy in to the new technology being used in other countries. Had it all happened 20 years later, the decisions may have been different. But by then it was too late.
Posted by Tim Fenton at 16:42

I remember riding the trams in Leeds as a child in the late 50s. A number of roads there, and other towns, still have a central reservation, now grassed over and tree lined, that was where the tracks were. Wonderful mode of transport. I recall an exceptionally evocative BBC4 doco on the trams of the North, narrated I think by Alan Bennett. Having recently holidayed in New Orleans & Memphis, both of which have working tram systems, its obvious what a popular attraction they still can be. Cant remember if we rode on a Streetcar Named Desire. After our trams were got rid of, local authorities couldnt wait to be shot of the trolly buses, quiet pollution free electric vehicals, the hum of which I can still hear in my mind 50 yrs later. Bradford with its fleet of blue livered municipal buses had the county's last service I think, in the 60's.

Bradford was the last UK trolleybus operation to be abandoned, in 1972.

The system had been expended until 1960 - the following year the abandonment started.

One problem for trams in cities like Leeds was that there may have been reserved track in the suburbs, but in the City Centre trams had to share with other road traffic.

This is just one example of why British management is easily the worst in the Western world. And just one of the reasons why this country deindustrialised.

When a market is rigged, easier profits for a tiny few are made in juggling money than making goods, trading and improving society to the benefit of all. That's capitalism in a nutshell.

British management is the least talented and the most craven. Trams are the least of it. Ask the quarter of the population living in poverty and the millions unemployed or in casual jobs for lousy pay.

The trams in Manchester are great. Very popular and expanding as we speak.

Manchester and Nottingham are fine examples of modern tramways in Britain. Unfortunately we have the other side of the coin in Edinburgh and Birmingham which show how hard it is to do the job properly. There simply isn't enough quality management to do all the projects that Wolmar would like.


But Tim forgets that Bombardier have built modern trams in Derby - for Strasbourg. And when neighbouring Nottingham wanted some of the same Bombardier built them in Vienna - no, I don't understand them either!!


Meanwhile, Britain is happily buying buses built by Optare (Indian owned) or MCW (Egyptian owned) on Mercedes, Volvo and Scania chassis. Most of the industry we still have isn't actually ours!


One day I'll get round to sending in the stroy of how corrupt councillors in Crewe killed of plans for a tram system here - and no this isn't a Michael Jones story, it goes back 112 years

"Yes, abandoning trams was short-sighted, but local authorities had to deal with where they were at the time, not where they might be decades in the future" - the problem with this argument is that it doesn't align with the facts. At the time that trams (and train) infrastructure were ripped out, motor cars were only used by a small minority in this country (under 10%). The local councils and governments that destroyed public infrastructure were acting in the interests of a minority (and wrongly claiming that this was the future). They were not being short sighted, and they were not dealing with the objective reality of where they were at the time. They were supporting the interests of a small and privileged minority, regardless of the impact on every one else. They laid claim to a futuristic vision (which was being peddled by the motor and oil industries), of utopian individual motoring on very little factual basis. The lesson for us today is in how people are swallowing the claims of utopia of individual motoring of a different kind (so called driverless vehicles), without any critical or factual analysis. A far better starting point would be looking at what has a proven track record in meeting the needs of cities, in a healthy and sustainable way.