One subject always good for tabloid outrage is Scary Muslims. Followers of The Prophet are by definition frightening to hacks and pundits: they don’t venture to the Rub-A-Dub and get Elephant’s Trunk and Mozart, the men often wear beards, women often wear headscarves, they pray more than once a day, and of course there is the ritual slaughter of animals for consumption as food. 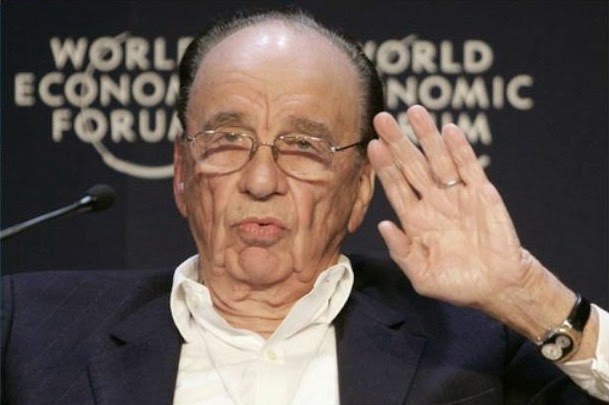 Yes, your papers, ya bladdy drongo

Strangely, nobody was fussed about something similar being part of Jewish food law: the manner of slaughter is common to both Kosher and Halal food. But as it is practiced by Scary Muslims, suddenly animal welfare is a grave concern, even when it is known that stunning takes place before slitting of the throat – the same stunning that is deemed sufficient for non-Halal slaughter.

But frightening the readers about Scary Muslims sells a few more papers, so today the Murdoch Sun was at it again: “Halal Secret Of Pizza Express” screamed the headline. The well-known chain used Halal chicken! It’s those Scary Muslims again! And it’s been kept secret! Well, actually, no it hasn’t: The Pizza Express Twitter feed was telling that the chain used Halal chicken TWO YEARS AGO. 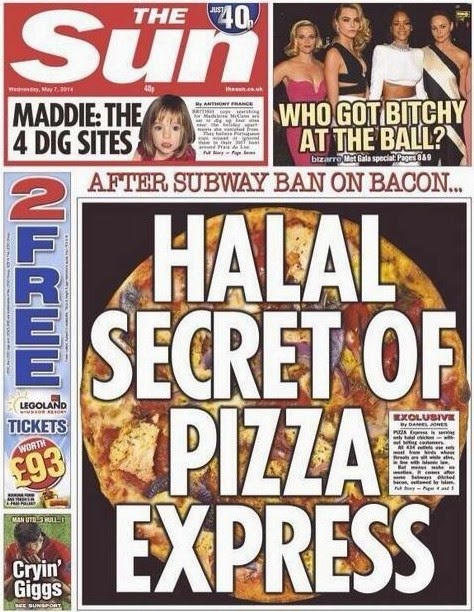 And both Guardian and Independent ran stories relaying this information LAST YEAR. So the Sun story is not an exclusive, it isn’t a secret, and the only investigative journalism required to confirm the story is to go to the Pizza Express Q&A, where it can also be seen that the chain’s chicken also meets the “5 freedoms on the farm” initiative, backed by the RSPCA.

So far, so cheap and nasty, and so predictable, but there are also rank double standards at work here. The Sun is only running a two-year-old non story for one reason – to stoke prejudice and bigotry. But the same paper is not averse to calling out others for, er, stoking prejudice and bigotry, as could be seen when they laid into UKIP MEP Roger Helmer (yes, the one I discussed yesterday) recently. 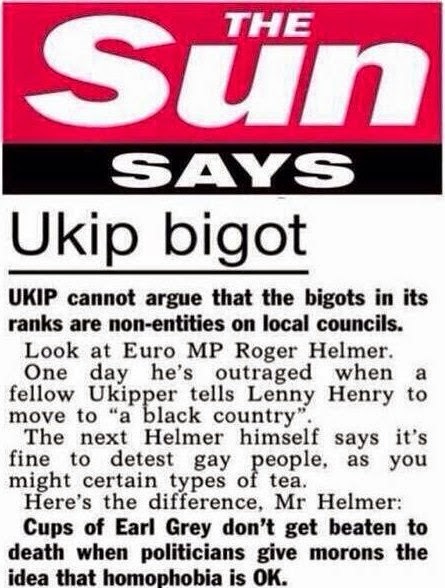 Commenting on Helmer’s comparison of disliking certain types of tea to disliking certain sexual orientations, the editorial thundered “Here’s the difference, Mr Helmer: cups of Earl Grey don’t get beaten to death when politicians give morons the idea that homophobia is OK”. Yet it is OK for the Sun to give morons the idea that Scary Muslims are messing with what gets served at Pizza Express.

It is also OK for the Sun to tell readers that “Pizza Express is using only Halal chicken – without telling customers”, when the chain had the information in its Q&A nearly TWO YEARS AGO. Why would they make the claim, other than to provoke a backlash against not only Pizza Express, but also anyone daring to be a follower of The Prophet with malice aforethought?

The Murdoch press: bringing hypocrisy to you for over 40 not very fun filled years.
Posted by Tim Fenton at 11:52

The Mail were at it a couple of weks ago with the huge revelation that Subway not only sell Halal chicken in some of their stores, but in some areas they have also removed bacon and ham from the menu.

I'm sure Subway are in it for the money and if they are opening up in areas where locals don't consume pork products there is little point in selling them.

Also worth noting that Subway is a franchise business - if a franchisee is based in an area with a high Muslim population, and therefore low demand for pork and bacon, it makes business sense to not waste money stocking them. It's not some diktat from on high.

It would be nice to see some of these journalists who are suddenly so concerned about animal welfare when Halal is involved do some under-cover investigation of regular slaughterhouses.