Europe – Why You Should Vote

Turnout in elections to the European Parliament (EP) is usually, for the UK at least, on a par with that in local elections – the percentages are, historically, abysmal. The 2009 level of 34% was less than 2004, when 37.6 of the electorate voted, but thankfully better than 1999, with a miserable 23%. But I have news for you: it really is worth making the effort to vote in EP elections. I will explain. 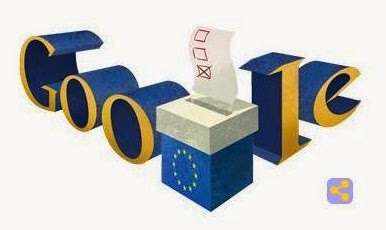 Complaints are frequently made that the UK only has just 9.5% of the voting power in the EP. But this is proportional to our population: Germany gets more MEPs as more people live there. The main reason this is always trotted out is to reinforce the idea that “everyone else gangs up on us”, which is bunk. And those trotting it out are the ones who are least likely to work for the UK in the EP.

Yes, that means the likes of Nigel “Thirsty” Farage and his pals, who either don’t bother turning up for debates and votes, or when they do, abstain or vote against when it comes to lowering roaming charges for mobile users. Oh, and Nige and his pals have no problem being there if they can grab hold of the microphone and have a good rant just for personal publicity.

So if you vote UKIP – and this is still not sinking in with a lot of voters – the effectiveness of UK representation in the EP is diminished. That 9.5% becomes, effectively, a lot less, because the Kippers don’t take the EU seriously. As a result, the UK loses out. It might sound a good wheeze to elect the Farage fringe, but all that we get in return is less clout where we need it most.

Does it matter, though? I mean, what has the EU ever done for us? Well, try this lot: “providing 57% of our trade; clean beaches and rivers; cleaner air; lead free petrol; restrictions on landfill dumping; a recycling culture; cheaper mobile charges; cheaper air travel; improved consumer protection and food labelling; Europe-wide patent and copyright protection; freedom to travel, live and work across Europe; access to European health services; labour protection and enhanced social welfare; smoke-free workplaces; equal pay legislation; holiday entitlement; the right not to work more than a 48-hour week without overtime; improved animal welfare in food production; EU-funded research and industrial collaboration; European arrest warrant; cross border policing to combat human trafficking, arms and drug smuggling; counter terrorism intelligence”, and I had to edit that down from a much longer list.

Those lower roaming charges, and the upcoming standardisation of chargers for mobile devices, can be added in. Yes, in some areas the UK pools its sovereignty, but so do all the other 20-odd member states. We do that in a spirit of cooperation: Farage and his chums want to operate in a spirit of fear.

Is the EU important? Yes it is, and it is too important to allow a spiv and his oddball pals to foul up our influence there. Please vote today – but not for UKIP.
Posted by Tim Fenton at 10:25

Just wondering if the TTIP will undo most of those points!

well any TTIP will take years only to negotiate ... and then it'll need to be ratified by national parliaments (esp the US Congress), so no need to get too hot on it ^^

finally, the TTIP is very much to the liking of all UK main parties (at least in principle, if not in the small prints).
so it'd be rich for them to then decry any deal as "bad for the UK".
but again, who would be surprised by politicians facing both sides of an issues + the thought of their pockets ;)

EU trade deals, step by step and in color