The tendency among the right-leaning part of the Fourth Estate to resort to sneering at Mil The Younger’s perceived “oddness” when they have nothing better to do has surfaced again today, with Standard hack Joe Watts thinking he was awfully clever catching the Labour leader reacting to a hot pasty with a facial expression that helps the agreed press line along nicely. 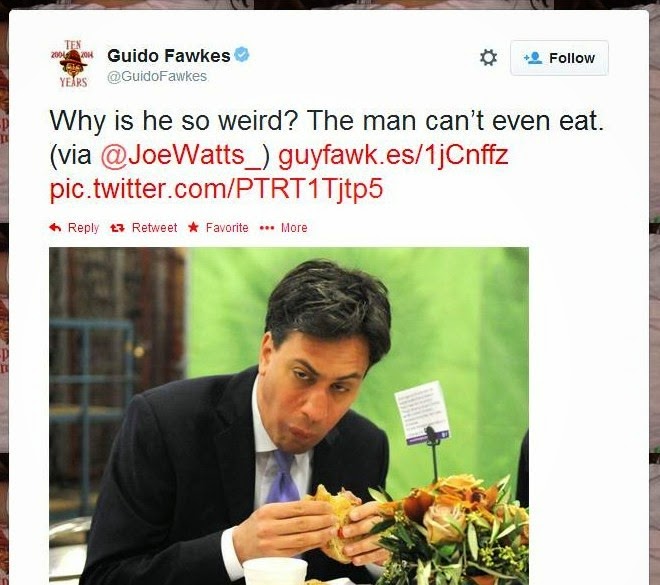 The Great Guido thinks this reaction to a hot pasty is "weird"? Ri-i-i-ght ...

And it did not take long for the perpetually thirsty Paul Staines to latch on to this, if only to satisfy his requirement to grovel to that part of the press to which he has so long ago shamelessly sold out. So it surprised no-one when The Great Guido sneered “Why is he so weird? The man can’t even eat” as he publicised the photo. How all those clever people who talk loudly in restaurants must have laughed! 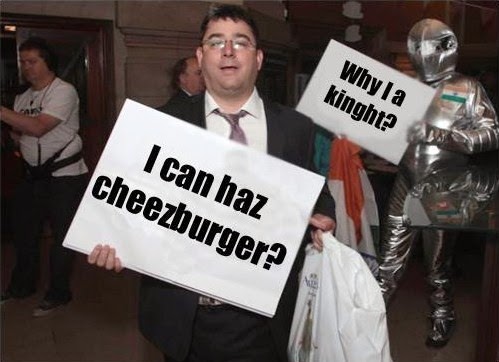 ... well, look what I found in the Liberal Conspiracy archive!

However, and in this case there is a significantly-sized however, Staines is the last one to call out anyone else for looking odd, as well as behaving in a less than decorous manner. Those observing the last London Mayoral election may recall him swearing profusely after his “Chicken” stunt failed to get him even close to Ken Livingstone, an occasion captured on video by Adam Bienkov. 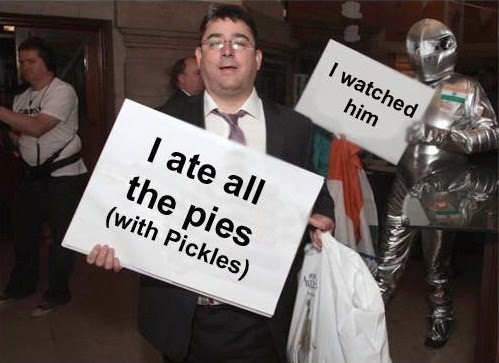 Staines can be seen yelling “you f***ing c***” at one of Ken’s minders, before brushing aside the admonitions of an ITV camerawoman who was unhappy about one of the Fawkes entourage causing her to be knocked to the ground. And who can forget the time when The Great Guido and friend gatecrashed a Cafod event in protest at aid to India, only to spark a whole new comedy genre? 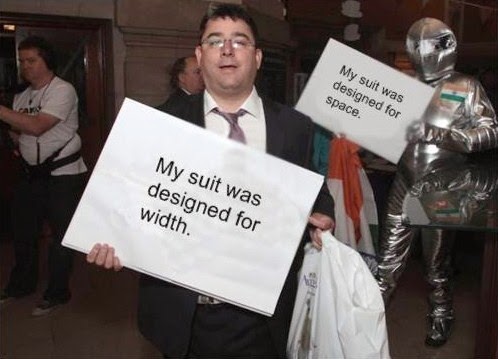 Staines was ultimately thrown out of the event, to the great relief of all present, who no doubt wished that had happened earlier. But this was not before a photo of The Great Guido, looking moderately refreshed and exceedingly well-fed, had been subjected to sufficient photoshopping to enable an informal caption competition to be run by the routinely mischievous Sunny Hundal at Liberal Conspiracy. 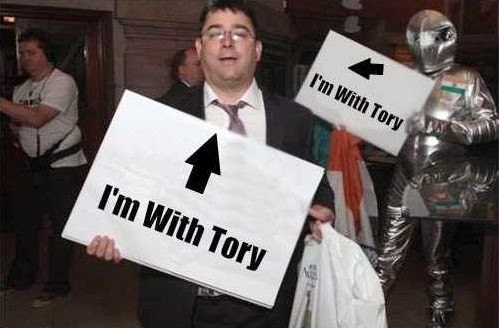 Unsurprisingly, most entries dwell on Staines’ dietary habits, whether modern or traditional in the fast food department – my favourite was “I ate all the pies (with Pickles)” – his less than svelte deportment, political leanings – Staines hates being referred to as a Tory – and his occasional inability to engage brain before shooting off his North and South. 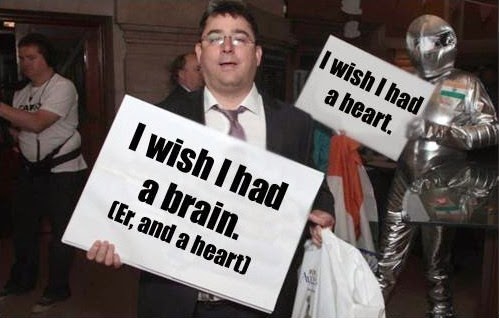 It was reported later that Staines had been “incensed” at the piss-taking to which he had been subjected, which only goes to show that even The Great Guido adheres to Olbermann’s Dictum (“the right exists in a perpetual state of victimhood”). As he was so unhappy at the time, I am more than pleased to remind him of the occasion, and of the perils of calling out others on the basis of their appearance.