Press Gazette has today, for some reason, allowed former managing editor of the Sun and Sunday Times Richard Caseby a platform to launch a toys-out-of-pram tirade against the deeply subversive Guardian, as part of his allegedly non-political current role as Director of Communications at the Department of Work and Pensions (prop. Iain Duncan Cough). 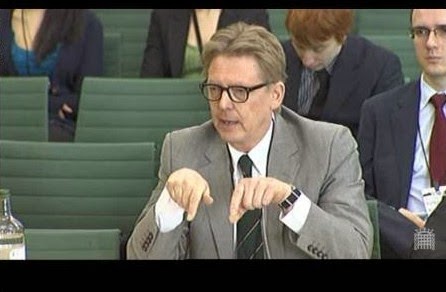 Yes, the only way is down for "Dick" Caseby

Seasoned observers of Duncan Cough’s empire will allow themselves a wry smile at his chief spinner calling out the Guardian, of all papers, especially after Politics.co.uk noted last Friday that “The Department for Work and Pensions (DWP) repeatedly made false claims about the numbers of people living on disability benefits, the official statistics watchdog has found”.

Caseby’s weapons grade whinge covers four occasions where the Guardian got something wrong – over, it has to be said, a number of years. But that’s enough for him to crow “the only way to extract a correction from the Guardian is to treat it like a landed eel. Stand on its head until it spits one out. It's that slippery”. Sadly for Dicky boy, he happens to be standing in a rather draughty glasshouse.

While he was managing editor of the Super Soaraway Currant Bun, four slips over a number of years was mere child’s play. The Sun managed four grovelling corrections to one man in as many months back in 2012-13, that man being Pa Broon (see my summary HERE). Adding a later Sun retraction, one by the Times and two by the Sunday Times, and the Murdoch empire doubled its Brown smears.

So, given “Dick” Caseby has no room to call out Alan Rusbridger and his team, why is he going on the attack, especially as some might wonder if this kind of off-piste movement may be in breach of the Civil Service code? Simples. The ultimate aim of the Press Gazette piece is to assert that the Guardian, which has not signed up for Ipso, aka the PCC Mark 2, should not be allowed to join.

Yes, someone who was managing editor of a paper that had to grovel to Gordon Brown four times in four months says the Guardian should not be allowed to join Ipso because it peddles inaccurate information. This angle is, let us not drive this one around the houses for too long, weapons grade bullshit from start to finish. There is only one reason for Caseby’s rant, and that is revenge for the Screws and Leveson.

It was the Guardian that called out the Screws for hacking Milly Dowler’s phone, but Rupert Murdoch’s decision to close the Screws – as it happened, a convenient excuse, as the idea of moving to a seven day Sun was already firmly established. So Caseby goes in to bat, while supposedly an impartial Civil Servant, as a partisan supporter of Rupe, to perform one last vicious act of vindictiveness.

He might as well not have bothered. Now he looks like an even bigger Dick.
Posted by Tim Fenton at 17:39

One would hope it has nothing to do with the winding up of a certain trial involving NInt and various former employees (and indeed one of No 10's very own ) and the presentation of the prosecution's case?

A testimonial comes from Whoelsebut.....

"I thank him for his passionate defence of our company and staff, and especially his astute counsel during the Leveson Inquiry.” said Rupert Murdoch of Richard Caseby – DWP’s new Director of Comms"

Certainly not coming over as one from The Independent.

It is some while since I saw a paper copy, but does it still maintain a "correction and clarifications" column?

Yes it does, unlike the Murdoch press, which puts the corrections, when it is compelled to make them, wherever is convenient - and least visible.