Regular Zelo Street readers will recall the ruckus caused recently over the realisation by the slower learners within the Fourth Estate that there are Sharia and Beth Din tribunals in the UK, and that these comply with the law, offering a system of arbitration for civil matters (there is no question of either ruling on criminal cases). This followed discovery of the Law Society’s Sharia succession guidance on wills. 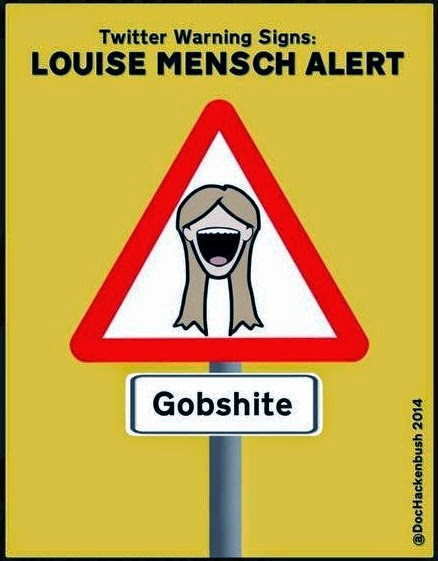 The initial commotion had died down, but for Rupe’s downmarket troops at the Super Soaraway Currant Bun, there was an opportunity for a bit of easy Muslim bashing. And so it came to pass that the Sun splashed “Shocking Investigation Into Court’s Preachers ... SHARIA LAW IN THE UK”. And following up, in full howling banshee mode, was former Tory MP Louise Mensch. 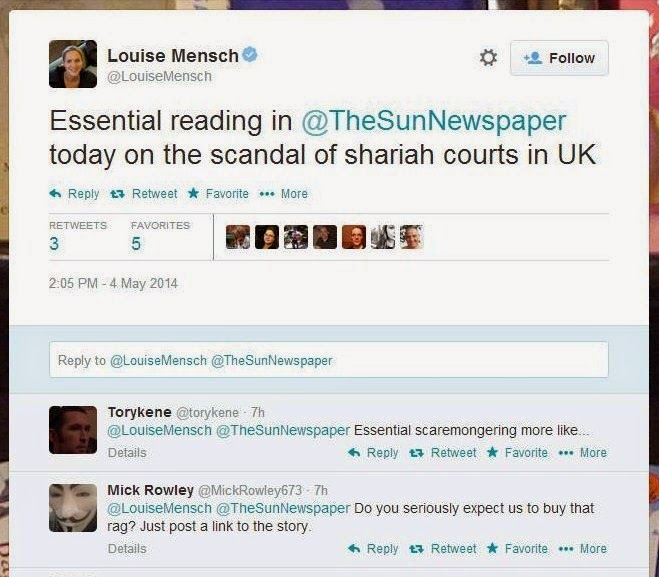 “Essential reading in [The Sun] today on the scandal of Shariah courts in UK” she proclaimed. But, as Captain Blackadder might have observed, there was one thing wrong with this assertion – it was bollocks. The Murdoch faithful have not unearthed anything more scandalous than a tribunal failing to note an abusive husband’s restraining order – which, yes, they should have done. Hardly a “scandal”, though. 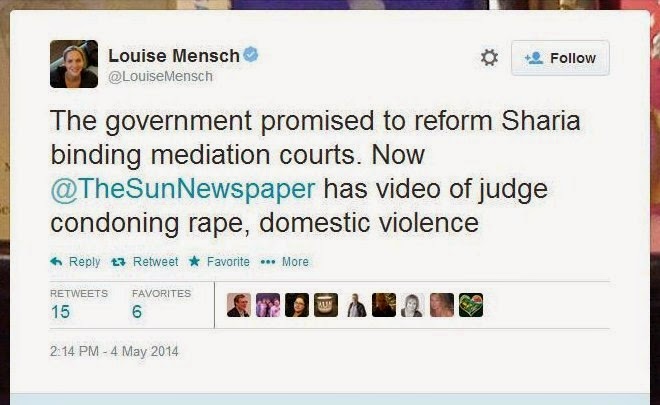 That cut no ice with Ms Mensch: “The Government promised to reform Sharia binding mediation courts. Now [The Sun] has video of judge condoning rape, domestic violence”. And, as Jon Stewart might have said, two things here. One, nobody promised anything, and two, those views might be abhorrent, but Sharia tribunals are not ruling on either matter. 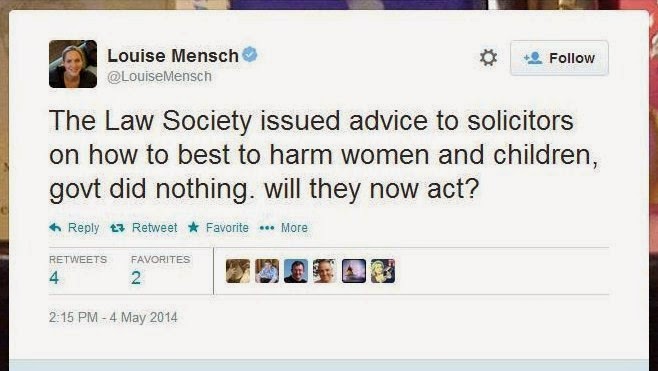 This is because they cover only civil matters, and work within existing UK law, despite the Sun and Ms Mensch suggesting otherwise. But she’s off and running: “The Law Society issued advice to solicitors on how to best harm women and children, Government did nothing. Will they now act?” to which the answer is that, no they didn’t, and therefore they won’t. 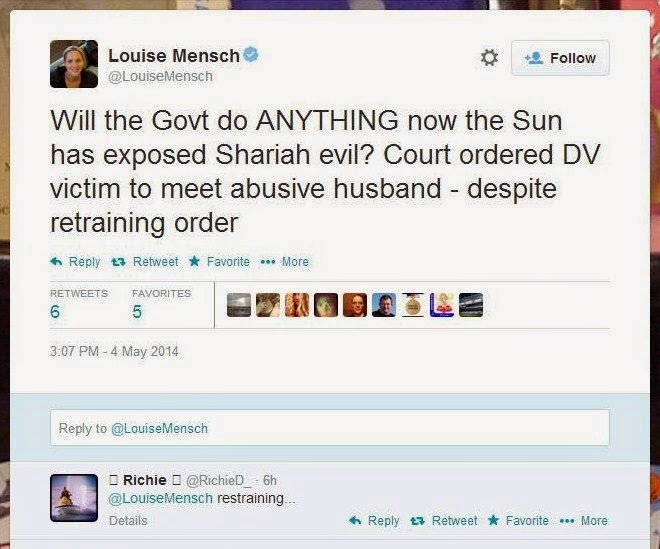 Can she get any more batshit? You betcha, says Sarah: “Will the Government do ANYTHING now the Sun has exposed Shariah evil? Court ordered [domestic violence] victim to meet abusive husband – despite retraining order”. We appear to be a letter short, but this has been compensated by a spectacular foot in mouth. But seriously, no court should have ordered thus. Point to the Sun. 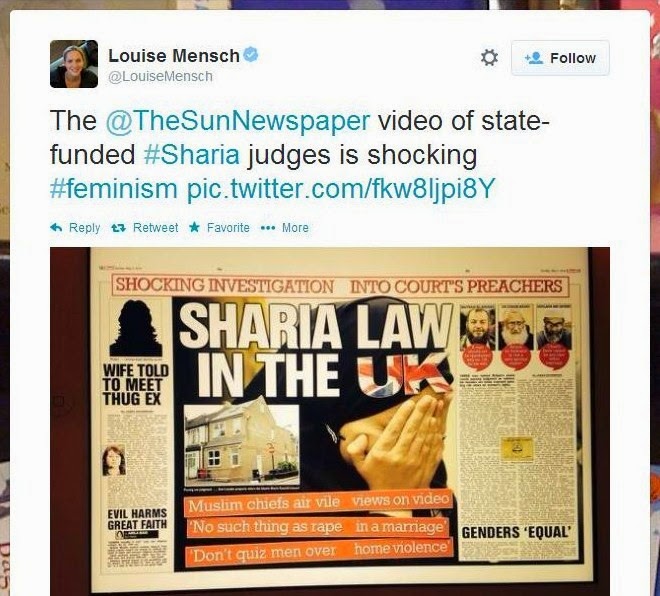 So what did they do about it? Was there a complaint? Did they notify the law enforcement authorities? In the meantime, another whopper from Louise: “The [Sun] video of state-funded Sharia judges is shocking” she declares. Could we have some evidence for the “state-funded” claim, please? No? Thought not. Ms Mensch will not move her cause further by dispensing whoppers and ranting.

But it will provide excellent spectator sport. So no change there, then.
Posted by Tim Fenton at 10:38

Coming from an MP who abdicated from our part of legislature system to live and work abroad, she has a bit of a cheek to criticise so much publicly from afar.

I imagine she is just part of Rupert's revenge on the UK - being paid to supplement The Sun's attack on anything that he doesn't like or does like but doesn't suit his agenda.

The time will come surely when her outpourings will be seen as a hindrance rather than a help to their cause.

Lulu mentioned "victim" in Ched Evans case yet not arrested by North Wales Police as two dozen others were. There wouldn't be two laws in UK, one for rich one for poor?