There is one drawback in going off on a rant about the state of Britain’s railways, and that is that one needs to have some knowledge of the subject. Otherwise, one gets called out by rotten nerdy types such as myself, and this is the fate of Mail On Sunday rantmeister Peter Hitchens, whose spleen-venting exercise in today’s paper is so ill-informed as to damage his credibility. 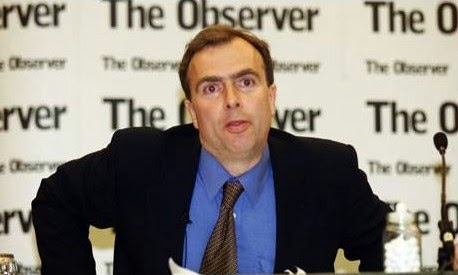 Who let facts in here? AAARGHH!

“Bring back British Rail! Privatisation was an act of political madness and a huge con that left us with delays, antique trains and a vast bill - and now even Labour knows its time” reads the less than grammatically sound headline, as readers are told “Like comprehensive schools, EU membership, windmill electricity, equality and diversity and multiculturalism, privatisation was imposed on us against our will”.

Then he starts to go wrong: a still from A Hard Day’s Night is captioned “Ticket to ride [wrong film, by the way]: The Beatles film A Hard Day’s Night in 1964, when trains were efficient and even glamorous”. No, Hitch, they were appallingly dirty and unreliable, timekeeping was often impressionistic, steam traction was getting tired, and new diesels suffered, shall we say, significant teething troubles.

The sell-offs, he asserts, “finished off most of what was left of our train manufacture”. So what is Bombardier doing at Derby, then? And what’s this? “Punctuality has improved because the timetables were padded to avoid penalties from the ‘Passenger’s Charter’”. The “passenger’s charter” that pre-dated the sell-offs, perchance? Basic research missing there.

“The trains take just as long if not longer”, he tells. Really? London to Crewe used be 1 hour 50 minutes at best, now it’s 1 hour 30 minutes. But, as the man said, there’s more: “The trains I ride daily are 1970s antiques that ought to be in the National Railway Museum at York”. Stop right there. Where does Hitchens live? Oxford is the generally accepted answer to that one.

That station is served by Cross Country (new post sell-off fleet) and First Great Western (local trains built by BR in the early 90s). FGW’s longer distance services use InterCity 125s which do indeed date back to the 1970s, but both power heads and passenger coaches have been thoroughly refurbished. The only hint at their age visible to the passenger is the slam doors.

Then comes the piece de resistance: train operators “are being subsidised by you and me, thanks to artificially low track charges levied by Network Rail”. No, the subsidy is because the overall cost of operation exceeds what is recouped in fares. If Network Rail increased its track access charges (note correct usage), then the operators might need yet more subsidy.

Next time you hear Hitchens sound off, remember how shoddy his research is.
Posted by Tim Fenton at 13:33

Oh all right then, "damage his credibility even more".

you forgot the most obvious oversight - Network Rail IS being renationalised on September 1st.

This could turn out to be an interesting event at the Mail. It's being done on the instructions of the EU (so huge kneejerk loaded and ready...) because Labour set up NR wrongly in 2004 (just a minute, chance to attack Labour here...) after the collapse of Railtrack.