Zelo Street regulars will know that I’m not a party political animal: this blog is independent of party, union or corporate affiliation and receives no sponsorship or other inducement that might sway its stance. That, though, does not mean there is no coverage of party political matters, and the current difficulties faced by the Liberal Democrats over Chris Rennard are a case in point. 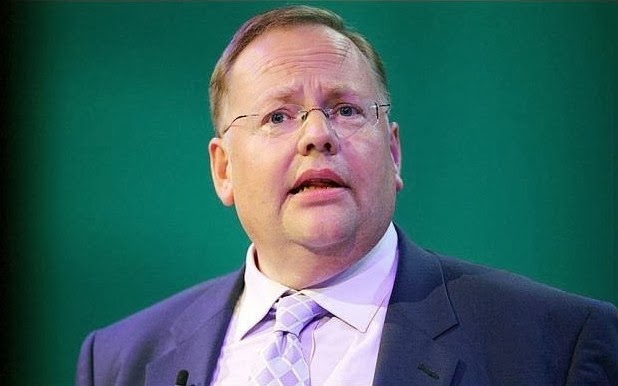 Rennard has done great things for the Lib Dems in the past: this is not in question. His adoption of a “targeting” strategy took the party, even when losing its share of the overall popular vote, from just 20 MPs in 1992 to a high water mark of 62 in 2005, higher than the 59 achieved in 1929 under David Lloyd George’s leadership. That cannot be taken away from him.

However, and in this case there is a significant however, Rennard has attracted complaints from a number of women in the party that he has behaved inappropriately towards them. Sexual harassment is not acceptable, full stop, end of story, no get-out clause or conditional statement. So the Lib Dems had an independent party review, and Alastair Webster QC chaired it.

This found that the level of proof required to trigger Rennard’s expulsion on grounds of “bringing the Party into disrepute”, that being “beyond reasonable doubt”, had not been met. But Webster said Rennard “ought to reflect upon the effect that his behaviour has had and the distress which it caused ... an apology would be appropriate, as would a commitment to change his behaviour in future”.

Corporal Clegg would like Rennard to apologise. His party is shipping female members and is likely to lose more, even if Rennard says sorry. A stream of bad publicity is eating away at the Lib Dems’ credibility, not least on Channel 4 News, where Cathy Newman has brought two exclusives this week from women who have suffered at the hands of the party’s former head man.

But Rennard has thus far declined to apologise, even entering Ron Hopeful mode and talking of regaining posts in the party. And his pal Alex Carlile retorted “No, and why should he?” to Ms Newman’s questioning on that point. Carlile, it should be noted, was paraded by the Maily Telegraph as a reliable witness to the alleged damage done to “National Security” by the Snowden revelations.

There is only one solution to this impasse, and that is Rennard has to go, whether he likes the idea or not. I have great regard for some Lib Dems, not least Clegg, who has been subjected to a daily torrent of press abuse by those who would not reach up to his ankles. The party’s electoral prospects are bad enough without this hanging over them. I know it ain’t my call, but someone in there has to bite the bullet.

Chris Rennard and the Lib Dems were for a time, but not for all time. The end.

[UPDATE 1625 hours: Cathy Newman has just underlined the point made about action on the Rennard situation being needed urgently. 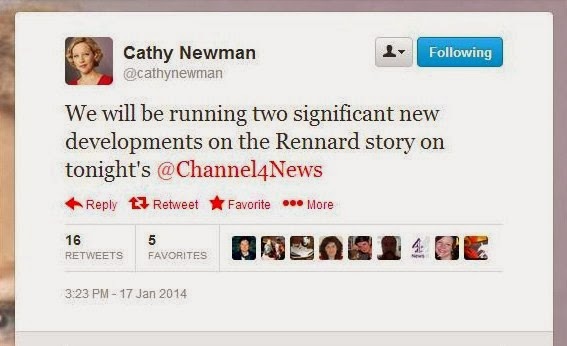 Yes, for at least the third time this week, Channel 4 News is running with the story. Only this time, there is not one new development, but two.

This is of course what journalists are there for, and the Lib Dems can expect these investigations to continue for as long as Rennard is allowed to remain unrepentant and within the party.

Clegg and his pals must know what needs to be done. All they need do is to do it]
Posted by Tim Fenton at 10:27

They should ditch that Carlile too: not very liberal, not very democratic

They should kick out Hemming too, after he had made half of the nation ashamed to be British...