Amritsar And The Thatcher Connection

It will be 30 years this June since Indian Army forces stormed the Harmandir Sahib in the Punjab city of Amritsar, in an operation to remove Jarnail Singh Bhindranwale and his followers. What resulted is more often known as the Golden Temple massacre: dozens of soldiers and hundreds, maybe thousands, of civilians lost their lives. The political aftershocks of the operation went on for many months. 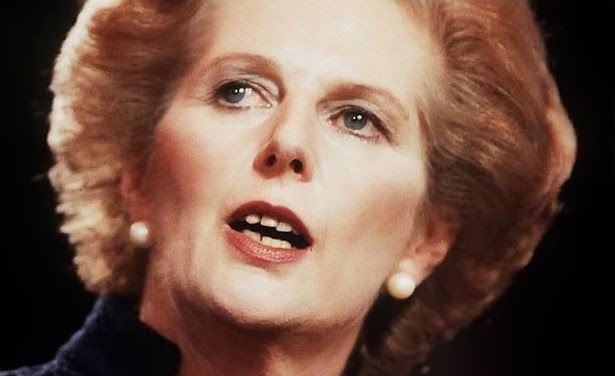 Indira Gandhi was assassinated by two Sikh bodyguards. This in turn triggered anti-Sikh riots. Thousands more died. It is not an exaggeration to say that what happened in Amritsar, and those subsequent riots, became a running sore for Sikhs and Sikhism. So it is that anyone in UK politics implicated in these events is unlikely to get a free pass from the UK’s Sikh community.

And that brings us to the recent unearthing, via the thirty year rule, of Government correspondence showing that the Thatcher administration was not only supportive of Mrs Gandhi’s actions against what was seen as Sikh separatism, but that they also made a senior SAS officer available to the Indian Army to advise on what became Operation Blue Star, the operation to storm the Harmandir Sahib.

Young Dave’s response was that he “has asked the cabinet secretary, Sir Jeremy Heywood, to conduct an urgent investigation into an apparent decision by the government of Margaret Thatcher to send an SAS officer to Delhi in 1984 to advise the Indian government on the expulsion of militants from the Golden Temple in Amritsar”. So that’s an attempted punt into the long grass, then.

This, as I mentioned yesterday, has not satisfied a number of MPs, among them Pat McFadden and of course Tom Watson, who, Cameron suggested at PMQs, was entertaining “a conspiracy theory too far”. The PM might have been best advised not jumping to conclusions, as Watson later revealed: there was indeed a deal on Westland helicopters for India being discussed at the same time.

That merely makes the military assistance look worse, as does the implicit knowledge of the sensitivity and clear attempt to hush it up: “The Indian authorities recently sought British advice over a plan to remove Sikh extremists from the Golden Temple ... Knowledge of the SAS officer’s visit and his plan has been tightly held both in India and in London”. Well, it’s not so “tightly held” right now.

The Hindustan Times has suggested that the SAS officer was a Colonel – that would be a very senior officer indeed – and that his presence was routed via the Indian Army’s intelligence unit, which reported directly to Mrs Gandhi, to avoid normal diplomatic channels and keep it secret. It seems all parties to this arrangement knew this was a highly sensitive matter. But now the information is out there.

We need answers. Cameron needs to provide them sooner rather than later.
Posted by Tim Fenton at 12:49

"Amid calls from Sikh groups for an inquiry into the alleged British involvement in planning the operation, Downing Street said the investigation would examine two issues: the British action in 1984 and the decision to release such sensitive government papers."
If there was no such involvement, there was little reason not to release the papers.

Following on from Anon, the phrase "the decision to release such sensitive government papers" could be replaced by "the decision not to continue covering it up" and the government statement would not change meaning.