In a move which shows that Michael “Oiky” Gove’s attempt to politicise the First World War last week was neither accident nor one-off, London’s occasional Mayor Alexander Boris de Pfeffel Johnson has used his regular “chicken feed” generating column for the Maily Telegraph to pile in against Gove’s strawman rogues’ gallery of fantasy rotten lefties who say things he doesn’t agree with. 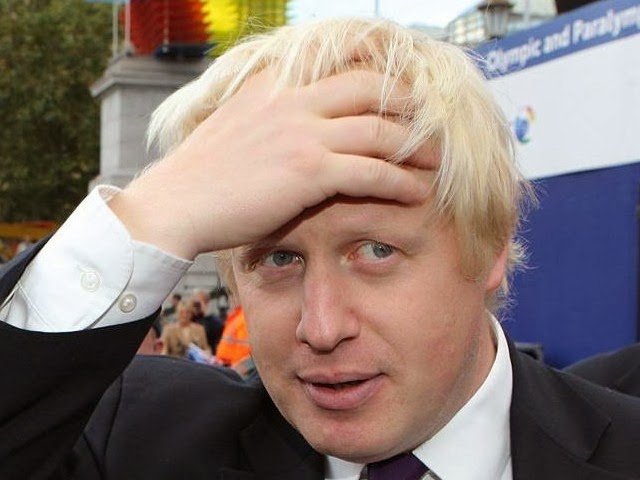 “Germany started the Great War, but the Left can’t bear to say so” he opines, following it up with “In this centennial year, it’s more important than ever that we treat the truth with respect”, which suggests that the headline is a factual statement, which it is not. “I just can’t stand the intellectual dishonesty of the Left” says Bozza. As opposed to his own kind of dishonesty, no doubt.

That dishonesty is proclaimed at the outset: “the First World War – in all its murderous horror – was overwhelmingly the result of German expansionism and aggression”. Bullshit. It was mostly down to a combination of two things: first and foremost, the alliances which effectively obliged countries to defend others, resulting in two opposing power blocs.

And the second thing was the consequence of decades during which transport networks, mainly railways, had been built up across Europe, facilitating the mobilisation of troops and munitions. Once the trains started to run, and armies were moved as a prelude to action, war became inevitable. And once the systems of trenches were dug, this enabled their virtual permanence.

In order to service the trenches and their occupants, narrow gauge railway networks sprang up behind the lines, making swift reinforcement of men and munitions easy and effective. So when a “softening-up” artillery bombardment was undertaken in advance of an attack – as at the Somme in 1916 – the trenches could be evacuated and re-occupied quickly in order to minimise casualties and greet attackers.

Generals on both sides – Douglas Haig was no less inept than his opposite numbers across no-man’s land – failed to come to terms with this reality. And it was this that brought much of the killing. That is not a leftist proposition: it is a factual statement. Nor is it a leftist proposition that Germany was not alone in causing the whole ghastly business to kick off in the first place, as witness the chain of events.

This is not difficult to understand. Unless you are Boris Johnson or Michael Gove.
Posted by Tim Fenton at 12:49

To use a Fenton Phrase it's a classic 'Look Over There' moment. It's the start of the commemoration (celebration?) of the beginning of the First Unpleasantness and we're in a slow news slump. The papers could be full of criticism of the Coalition but instead every news media from The Wright Stuff to the Jeremy Vine Prog, BBC News to Sky news, from every newspaper columnist on the dead tree and online versions plus bloggers are packed to the gunnels with opinion for and against.

Wonder what the descendants of the House of Hanover or, Saxe-Coburg-Gotha, or latterly Windsor make of it all? Suspect they are not amused?

I wonder to what extent Germany was involved in Gallipoli. I also wonder what Mr Murdoch, whose father, as mentioned to the Commons Select Committee just before he was pied, broke the story, would think.

Just when you think Bozza couldn't go any more off piste he proves you wrong!

Presumably he has either forgotten his TV appearance as subject of "Who do you think you are"? - or thinks the rest of us have. To remind whoever needs it, his paternal grandmother was of German origin, and grandad was originally Osman Ali Wilfred Kemal, son of an influencial Turkish politician. By the outbreak of the war they had aquired british nationality so changed the family name to Johnson.