Don’t Menshn The Lack Of Beauty

Here on Zelo Street the emphasis is strictly on the non-fiction part of the library catalogue. But sometimes, novels reveal something about their author that makes their presence worthwhile. So it has been with Beauty, the latest off the chick-lit production line recently restarted by former Tory MP and persistent Twitter troll Louise Mensch, and located, as she is, in New York City. 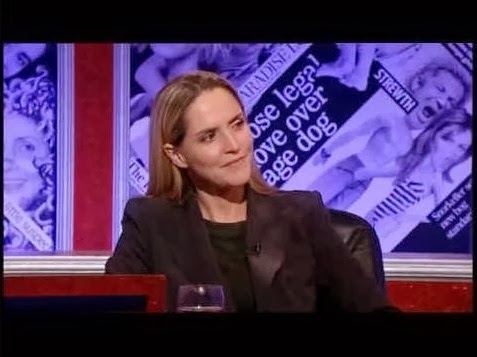 Yes, despite the attention-seeking tirades against the Guardian (pointless), Glenn Greenwald (ditto), the Lib Dems (ditto), the Labour Party (ditto), and Homeopathy (too late), Ms Mensch has been able to churn out another novel. So what is it about? “There isn’t a woman on earth who doesn’t have her beauty secrets. But for Dina Kane, beauty is more than just business. It’s power. And it is the secret”.

Yeah, whatever. The Times – Ms Mensch works for Rupe – was unimpressed: “Mensch is right to promote ambition as a non-dirty word for young women — but does her leading lady have to be so unsympathetic? She doesn’t have a single female friend until the last pages. Ambition doesn’t have to involve blackmailing your mother or sleeping with an old man to get your own back on his son”.

The Evening Standard calls the book “Illuminatingly crude” and tells that the lead character “is Louise Mensch’s idea of a heroine, or, you might as well say, Louise Mensch’s idea of Louise Mensch”. Quite. And as for her admiring “Alpha males”, concludes “Brutality, cruelty, arrogance, strength. It’s not much of a political programme, perhaps? But then again, maybe it is and we are well spared it”.

But it’s the Independent that really goes to town on the book. “There are moments in Beauty that read more like a girlish cosmetics blog than a novel. Quite a lot of moments. Whole, soporific paragraphs are given over to Bobbi Brown shimmer bricks, Crème de la Mer and inventories of the heroine’s face paint ... Exciting for our heroine Dina Kane ... Exciting for her creator”. Oh go on, put the boot in.

“For the reader - not so much. The cumulative effect of so much cosmetics chat is wearying, like being forced to watch one of those ‘Here Come the Girls’ Boots adverts on a loop for a really long time”. Ouch! Mee-ow! And her favourite paper, the Guardian? It rounds up the other reviews, which is another way of saying that it wasn’t deemed worth the candle.

No doubt fans of the genre will enjoy Beauty. For anyone else, apart from the welcome glimpse into its author’s unusual take on reality, a look at Amazon’s back catalogue tells you all you need to know as to whether Beauty is worth buying: Ms Mensch’s previous efforts, such as Destiny, Desire, Passion, Glitz, Glamour, and Sparkles, are all available secondhand for one shiny new penny a copy.

Still, it keeps her away from even more Guardian trolling, so that’s all right, then.
Posted by Tim Fenton at 17:10

"Still, it keeps her away from even more Guardian trolling, so that’s all right, then."

Oh no it doesn't -foot in muth time again when she spots advert 1st Feb in Guardian.

.@lisaocarroll all journalists barred. Six figures to regulate the press. Advertised by the state, in the Guardian. Shameful. @piersmorgan

@LouiseMensch "Advertised by the state"?! You're confused. This post you attack is made by yr mates at PressBoF "