Out there on the right, one pundit is celebrating an anniversary. Yes, it was about this time last year that James “saviour of Western civilisation” Delingpole decided it would be A Very Good Thing to attack the disabled, and in particular those who identified themselves with the Spartacus Report. This was followed by an episode of misogyny so blatant he had to apologise for it. 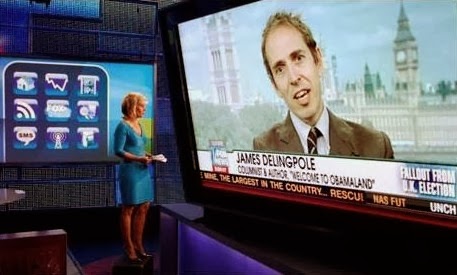 Del Boy ranted “Is it just me – or do the most warped, bitter people on Twitter all have ‘Spartacus’ embroidered across their picture”. On being reminded that Spartacus led a slave revolt, he sneered “Ah. That’ll be it. They’re angry about being enslaved by the injustice of free taxpayers’ money”. But when the really nasty insults came, they were kept separate from his attack on the disabled.

That nasty episode was when Del leapt to the defence of his pal, the loathsome Toby Young, and made a comment about Suzanne Moore that Maily Telegraph editor Tony Gallagher forced him to remove, and for which he had to apologise. But clearly, the passage of time has caused the episode, and its lessons, to fall from close memory, as today he has once again crossed the abuse line.

Delingpole had been coming off second best in a Twitter exchange with former Bank of England Monetary Policy Committee (MPC) member Danny Blanchflower, who joshed him about his lack of economics knowledge: “@jamesdelingpole and his O-Level in woodwork”. Del Boy wasn’t going to stand for that kind of impertinent language, and certainly not from a rotten lefty. 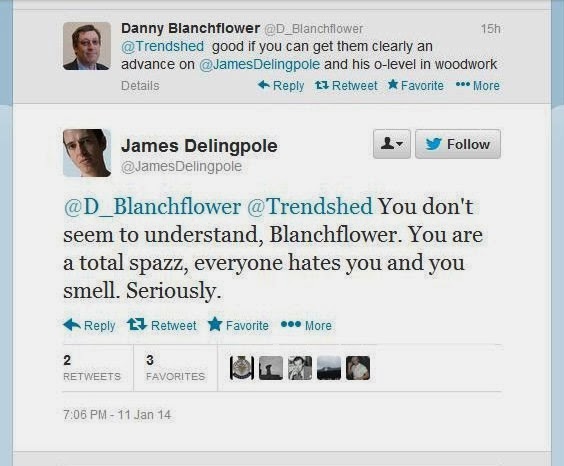 So in he went with both feet, Auto-Sneer set to stun: “You don’t seem to understand, Blanchflower. You are a total spazz, everyone hates you and you smell. Seriously”. Delingpole clearly thinks he can channel Rick from The Young Ones, except that the 1980s sitcom was funny, and Del Boy isn’t. This latter fact was brought home to him by two dissenting commenters. 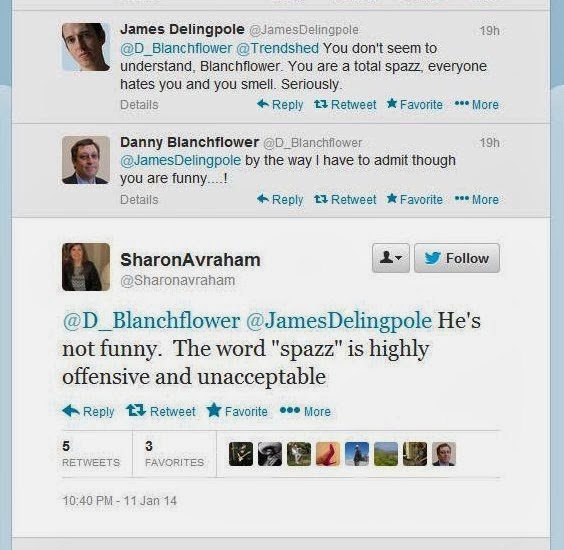 Sharon Avraham put him straight: “He’s not funny. The word ‘spazz’ is highly offensive and unacceptable”. Alan Old concurred: “You may think it’s acceptable to use public schoolboy insults such as spazz, but it’s not”. It was not for nothing that the organisation founded as the Spastics Society was renamed Scope in the 1980s – that was partly to do with use of the former term as abuse. 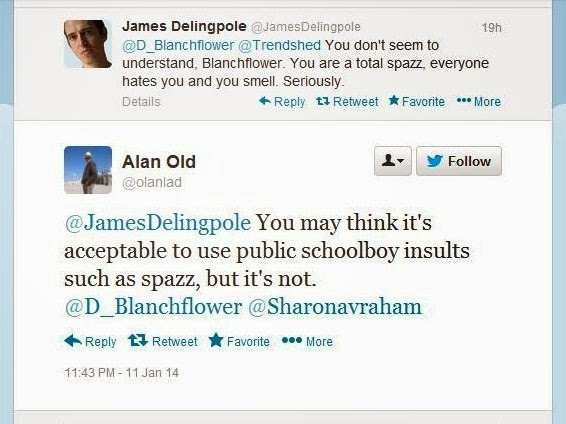 So what will Delingpole do this time? Will he say sorry and withdraw, or will Tony Gallagher have to cause him to do so? And how long before he indulges in another exhibition of similarly bad behaviour? Strange that it’s the supposedly libertarian right that complains it is being bullied and insulted, and not engaged on its ideas, while at least one of its number is doing exactly that to others.

Say sorry Del, and then ask nicely if you can rejoin the grownups.
Posted by Tim Fenton at 17:03

Rejoin the grownups? Since when was Del a member?

I'd happily call him a 'spazz' if I'd attended public school and was still stuck in a 1970's time warp.

…and if I was at that school I'd put his head down the toilet, preferably after I'd pissed and shat in it.

What I can't fathom is why is he seen as some sort of polemical heavy weight when he has a degree in idiocy and would run a mile if you met him down a dark alley one night and asked him to repeat his insults.